My eyes have been captured lately by two best-selling books that both use the f-word in their titles. The first book THE SUBTLE ART OF NOT GIVING A F*CK seemed like a useful self-help book that told too many worriers that it’s time to chill out and stop stressing out about things you can’t control or change.

However, the follow up book looks like the author, Mark Manson, knows how the f-word really works in giving cut through. However, I don’t know if I like the title EVERYTHING IS F*CKED. Mark has the added line “A BOOK ABOUT HOPE”, which makes me a little more positive towards what the author attempts to do. But the message that everything is screwed makes me want to make the case for positivity.

I’m not a perma-bull as some of my critics like to call me but I am an analytical person and both history and psychology tell me that it’s wise and rational to be inclined towards the positive.

Because of this inclination, this week I unearthed 14 reasons to believe that our economy could rebound in the second half and those who say more rate cuts are coming could be disappointed.

I know the RBA boss, Dr. Phil Lowe, would love to avoid any more cuts and if the following 14 positives I saw this week keep getting positive, then we could be in for a pleasant economic surprise.

I did refer to these in a story I wrote this week and I shared them with Laura Jayes and Peter Stefanovic, who host the Sky News program in the mornings where I do a Friday business brief spot at 7.15 am.

Here are the 14 positives:

4.     Sydney and Melbourne house prices rose for the first time in donkey years.

5.     The Services Purchasing Managers Index went to the highest level in six months.

6.     The CBA PMI for manufacturing rose and continues to expand.

9.     The ANZ weekly consumer confidence rose 4%, the biggest increase in a year.

10.  The measure of economic conditions from the ANZ survey was the biggest rise in two years.

12.  Our Federal Budget is now balanced.

14.  And even the bad news of job vacancies falling 1.1% in the three months to May is coming off a record high and they’re still up for the year.

That’s the positive story now. What about the forever story/reasons to go long positive?

Dr. Barbara Frederickson writing in psychologytoday.com has researched the value of positivity and says there are two big payoffs. She’s the author of the book Positivity: Groundbreaking Research Reveals How to Embrace the Hidden Strength of Positive Emotions, Overcome Negativity, and Thrive.

“First, when we experience a positive emotion, our vision literally expands, allowing us to make creative connections, see our oneness with others, and face our problems with clear eyes (a.k.a. the broaden effect),” she claimed.

“Second, as we make a habit of seeking out these pleasing states, we change and grow, becoming better versions of ourselves, developing the tools we need to make the most out of life (the build effect). And strikingly, these twin benefits of positive emotions obey a tipping point: When positive emotions outnumber negative emotions by at least 3 to 1, these benefits accrue, yet below this same ratio, they don't.”

As an economist and financial commentator, I can see rational and monetary reasons for being an optimist over a pessimist. Let me list the standout money reasons below:

• History also says a portfolio that matches the overall index should gain 10% per annum over a decade.

• We haven’t had a recession here for 28 years, which has been a great argument for the optimist.

• Superannuation is set to make sub-45 year old Aussies millionaires when they retire.

• This chart shows why stock markets pay off for optimists: 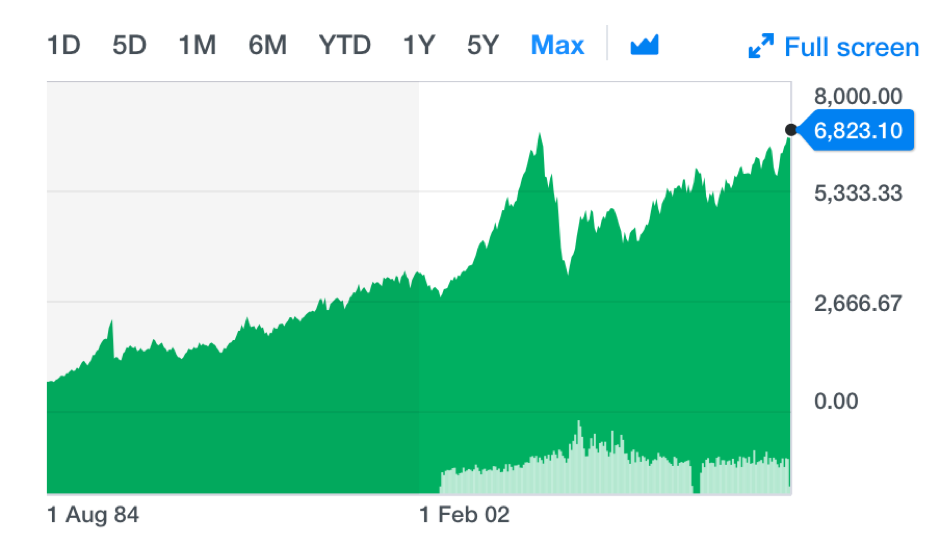 •This chart of house prices shows why property optimists are laughing all the way to the bank! • As Aussies, we’re up there as the wealthiest in the world and the chart below shows:

• And finally, we’re even getting to live longer to enjoy all these reasons to be optimistic. 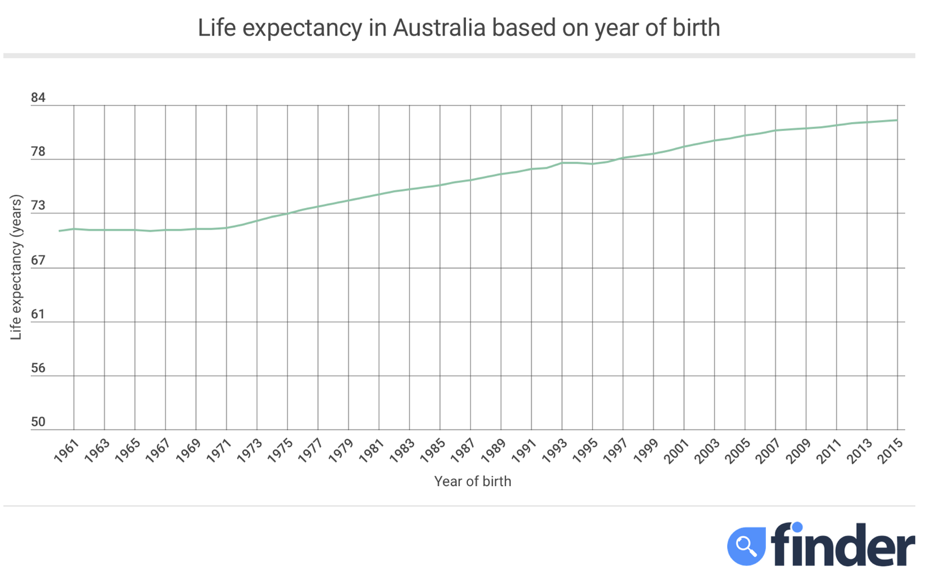 As we progress, our expected lifeline increases. Only a pessimist could be unhappy about that!

Sure, individuals can have reasons to be negative but if that’s a condition that affects you or anyone you care about, you have to help them do what self-help guru, Anthony Robbins, recommends. And that’s to “change your story.”

If your life story is holding you back, move heaven and hell, bring in the experts and don’t rest until that damn obstacle is nuked out of your life.

And one day, you or the person you want to help, might look at many of the reasons I’ve listed above and you/they might be empowered by your care for them, so that you/they might confidently say: “I wouldn’t be dead for quids!”