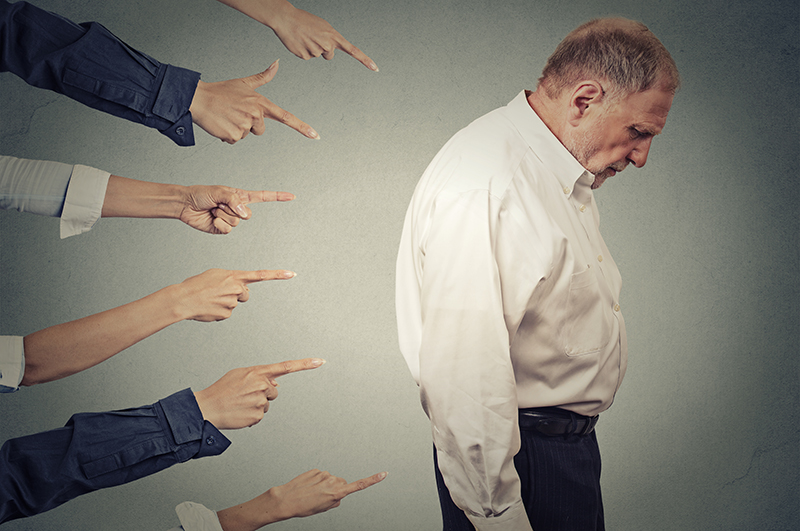 Every generation, blames the one before

The Reserve Bank’s cash rate cut to 1% this week led me to tweet a question about when the Morrison Government is going to reduce the deeming rate. Yeah, I know most of you don’t understand the deeming rate but it has brought out a number of baby boomer haters, which makes me ponder: when will the PC police start protecting older Aussies?

By the way, the headlines today say ScoMo is about to reduce deeming rates as soon as next week!

Of course, baby boomers don’t think they’re older Australians (it might take them until they’re into their 90s before that happens, if ever!) but many younger people think they are and some are really pissed off about them living too long, staying in their big homes in suburbs where the young want to sip their lattes and eat smashed avocado.

Now let me say upfront: I’ve learnt not to label young Australians. I have a great team of inspirational young people who are a credit to their parents, their country and their bosses.

At speeches, I’ve had fun with Gen Ys but it was only for entertainment and relating reasons for an audience.

I’ve been known to say, that “if you have a great Gen Y in your business, who has been with you for a long time, you know, two or three weeks…,” and this always brings a laugh.

And then there’s the one I got from the Beechworth Baker, Tom O’Toole, who always tells business audiences that you have to train your young employees. To that, one attendee at a conference asked: “What’s the point of training them when they get up and leave so quickly?” To that Tom replied: “Imagine if you don’t train them and they stay!”

But this is an aside from my central issue that some young people don’t get baby boomers.

Yesterday, one tweeter called Dean, actually said: “A theory I’ve been pondering is that inflation will remain low until baby boomers pass on and gift their assets to the next generation. All that idle cash in the hands of GenXYZ.  As a renter, I intend to buy a house before this structural shift happens!”

What these tweets show is that many don’t understand the BB generation. They’re big spenders themselves. And they’re bankrollers for their ageing children with the bank of mum and dad now the 9th biggest lender in the country!

“If Australian parents were a bank, they would be the ninth largest home loan lender in the country – bigger than the Bank of Queensland and knocking on the door of Macquarie,” The Guardian told us two days ago.

And our assistance to younger generations was quantified by another piece in The Guardian: “According to latest statistics from Digital Finance Analytics, 20% of first-home buyers rely on some kind of loan from their parents when applying for a mortgage. The average size of that parental contribution is $70,000,” it revealed. “And that used to be even more common. In June 2018, 60% of new buyers were borrowing money from their parents.”

On spending, a VISA look at US ‘oldies’ came up with the headline “Grey is the new black: baby boomers still outspend millennials.” It went on to tell us that: “Visa projects consumers age 60+ will continue to drive US spending for the next five to 10 years.”

They’re doing their bit for demand and therefore inflation, working longer, taking on more debt and buying online. They’re living longer, with many likely to hang in there spending and shrinking their kids’ inheritances well into their 80s!

The baby boomers have benefited from housing booms but many missed out on superannuation that only kicked in at low levels from 1992. Their house price boom gifts make up for the fact that younger generations will have ‘million dollar plus’ super fund nest eggs, thanks to Paul Keating, when they retire.

The generation to worry about when rates fall and if the deeming rate isn’t reduced is the generation before baby boomers. Believe it or not, it’s called the Silent Generation and refers to people born between 1925 and 1945.

Someone born in 1940 is 79 today and is more likely to need government help and compassion from other generations.

Why silent? Well, one theory says that “the children who grew up during this time worked very hard and kept quiet. It was commonly understood that children should be seen and not heard.”

I guess some of us might dispute this because our parents or grandparents could have been feisty so and so’s, but, as a group, they were big protestors, they didn’t have twitter and were only exposed to talkback radio so they could complain about the new age in the 1970s. But talk back radio really didn’t take-off until the 1990s, under the likes of John Laws, when many of these people were retired.

These people are often on the pension with a bit of money stashed in a bank account earning next to nothing. But the Government makes them use a deeming rate that ranges from 1.75% to 3.25%. If they sold their home and traded back and had a lump sum, which they can’t get into super, they’d be forced to declare that they were getting 3.25% interest when they might only be getting 1% at the bank. Because the Government deems it so!

This fictional bigger number imposed on them by Government could reduce their pension entitlements. And it’s these sorts of ‘silent’ older Australians who really need interest rates to be higher. The baby boomers would like it (as would all savers, including young people saving for a deposit) but it’s really older Aussies who deserve a fair go.

We can’t raise rates for them but we can cut this “too high” deeming rate.

One day growth and inflation will return but it might follow a recession, though I think deregulation, digital disruption and new age consumers could keep a lid on huge inflation for a long, long time. And Dean, I reckon it was younger generations who had more to do with slaying the inflation dragon rather than the baby boomers.

Online buyers, Uber-users, Deliveroo, Netflix, Facebook and all that we see in the modern workplace and retail setting, which has made so many things cheaper, have come primarily from the young not the over-blamed boomers.

Sure, BB politicians and some older entrepreneurs might have made it possible but these people simply reacted to a changing consumer. Like all generations, baby boomers aren’t perfect but we’re not as bad as some bitter tweeters would have it. And all Aussies doing it tough should be given compassion and a helping hand rather than cynical name-calling.