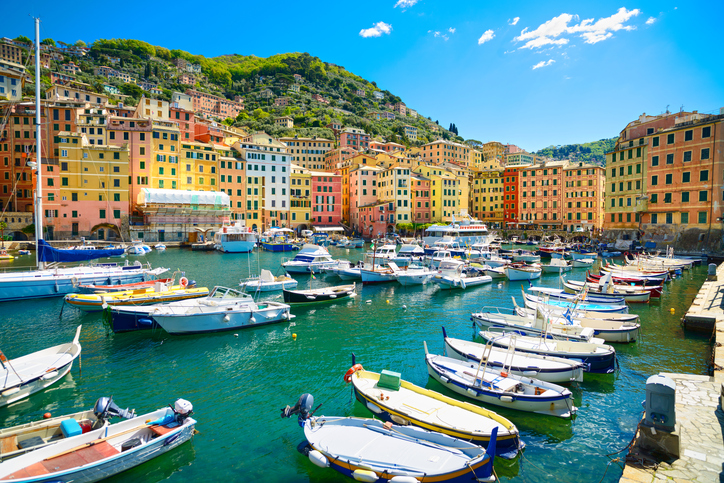 Tomorrow we see our latest economic growth reading and it might not be a great reading, with a few respected economists either tipping a low result or even a negative number! With a bit of luck, we might surprise on the higher-than-expected side but one significant surprise has been the economic showing of the once tagged basket case called Europe.

And just when stock markets could easily be selling off, as US President Donald Trump isn’t doing enough to look like the guy who’ll get his tax bill passed this year, the European economy is the new successful poster child for the central banks, who were told to save the world economy from the Great Depression that the GFC was threatening.

My greatest concern then about central banks throwing money at the problem and bringing interest rates first to zero and then negative was this: what would happen if they did all that and economic growth didn’t follow?

Then we might have got the Great Depression we had to have.

This week, the Richmond Fed in the USA reckoned the Yanks were on track for an annualised growth rate of 4%. If this proves true, then it will buy some time for Donald to get his tax bill passed. This will give us the next leg up for stocks and would take our stock market out of the current funk and through the 6000 level on the S&P/ASX 200 index. Given we’re around 5750, that would be a nice 4.3% gain. In fact, if and when we beat 6000, I bet we spike even higher.

But that’s in the hands of Donald and the Congress. There could also be some other distractions and one comes on Thursday, when the sacked FBI boss, James Comey, testifies before the Senate’s intelligence committee.

If he goes rogue and tips the bucket on the President, then markets could get very negative and nervous.

Throw in that the Poms go to the polls on Thursday and some electoral experts say the Conservatives and their PM, Theresa May, could be in trouble! If that comes to pass, markets will be very nervous and negative!

And the nervousness has already started, with the Financial Times reporting that UK equity funds have copped six weeks of outflows, as investors fear another crazy Pommie poll outcome, resuscitating memories of Brexit.

In reality, Europe being back from the economic dead performance is the best story in town and is helping markets remain predominantly positive as we wait for Donald’s tax play.

The hard to impress FT ran with the following heading to prove my point: “Strong growth in Eurozone puts ECB tapering in frame.”

In real-world language, this says Europe is going so well that the European Central Bank’s Dr. Draghi can take the economic zone off life support!

A struggler such as Portugal is now growing at a 2.8% annual growth rate and Spain, according to focus-economics.com “ … has had GDP growth for Q1 confirmed at a robust 0.8% quarter-on-quarter.” That annualises to 3.2% and that’s huge, if you remember how scared doomsday merchants were about Spain.

Even US funds and investors are going long Europe. To add to the optimism, the big fund managers have strongly supported emerging markets funds.

Finally, if you’re worried about China, as some pundits are, then see this headline today from fxstreet.com: “China’s Caixin Services PMI climbed sharply in May.”

And all this is happening as we all wait for Donald to pull out his tax trump card.

Be clear on this: if he let’s us down on tax or James Comey spooks markets with his accusations against the President, then markets could sell off. However, the underlying economic story remains solid, so stocks should rebound, and we can thank our continental buddies who have unfairly been called Eurotrash in the past.

And as someone who’s writing this in Italy right now, it makes me feel like a very proud tourist!

By the way, the very influential US fund manager/investor Jeremy Grantham recently wrote: “Net-net, unless there are some substantial unexpected negatives, U.S. corporate margins will be up this year, making for the likelihood, in my opinion, of an up year in the market at least until late in the year. This does seem to make the odds of a major decline in the near future quite low (famous last words?).”

However, he did throw in: “Next year, though, is a different proposition.”

I’ll cross that bridge when I get to it. For now, I’m positive on stocks for 2017 and I thank Europe and maybe God for it!