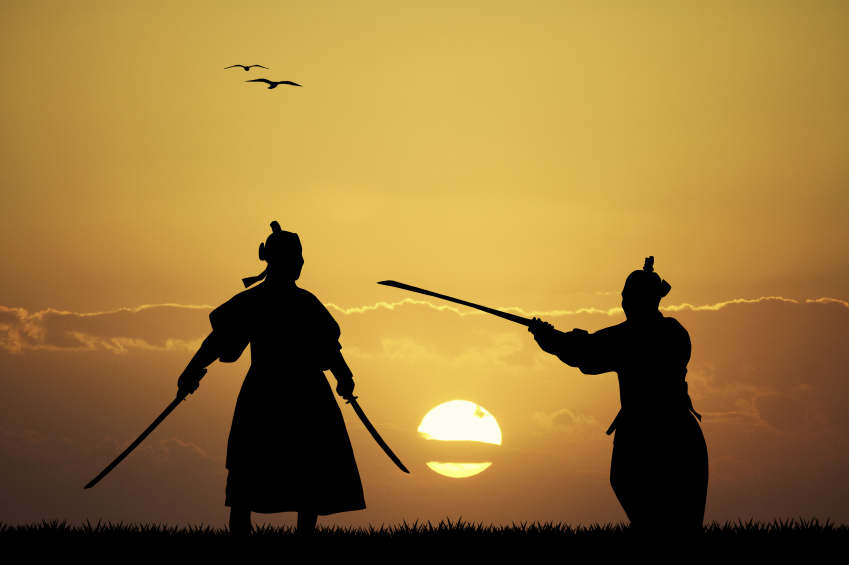 Enter the Samurai of Europe - stocks and oil spike higher!

It was a night of better news so stocks tracked higher but I won’t be pulling the champagne out of the fridge just yet! That said, one of the big sleepers awoke overnight and helped stocks and it was one of the big forces I argued at the end of last year that could be significant again this year — a central bank!

It was like a film, let’s call it — Enter the Samurai — with the European Central Bank’s hero, Mario Draghi, coming in like the noble protector of everything good in an economy: growth, jobs and higher stock prices!

And the results that followed showed that Super Mario (as I’ve tagged him before) has a ‘sword’ that’s not easily ignored.

I suspect he’s showing his colleagues at China’s central bank (the People’s Bank of China) what a well-timed intervention can do to sentiment.

We know there’s an excessive link between oil prices and US stock prices at the moment, which then affects other global stock markets. And apart from the oversupply issue, the speculators who determine what price should be paid for oil in the future are linking slower economic growth in China and the global economy generally to less demand for black gold or ‘Texas tea’.

So enter Samurai Mario, who pledges to review the ECB’s monetary policy at the next meeting so the oil price and stocks spiked. The FTSE ended up 100 points (or 1.77%), while the German Dax added 1.94% on a 182-point rise, while BHP was up over 10%!

And the euphoria sailed across the Atlantic, with the Dow Jones index putting on over 250 points. However, before the close, those damn profit-takers started taking damn profit and gains were slipping. It’d be great if buyers return before the bell on Wall Street but it proves the point that markets need to see good news, strategic decisions and even good luck to help stocks fight the negative tendency that has dominated stock markets this year.

Clearly, supportive central bank actions, better economic growth stories in Europe and the US and better-than-expected company profit results could be game changers for stock prices. How could that happen, you might ask?

While I like smart central banking, I’d rather see low oil prices drive profits, economic growth and share prices. This is a big hope for me for economies and stock prices over 2016.

And if you need another possible positive stimulus for this year out there waiting to happen, well, imagine if OPEC cuts a deal to reduce supply and the oil price spikes! BHP was up 10% on the news from Mario Draghi last night, so what would it do if OPEC took oil prices higher and say the People’s Bank of China came up with a new stimulus plan, which many have predicted this week?

I know it would be easier if I just said everything is screwy so be careful and sell everything but I genuinely see a rebound this year for stocks, provided what I suspect will happen actually materializes.

Sure, it’s a tough job, but as I’ve said many times before, someone has to do it, so it may as well be me. Am I a Samurai too?

As Craig James notes today in his Friday finance report, US sharemarkets rose in line with European markets in response to higher oil prices. After being up by 272 points at one stage, the Dow Jones was higher by around 110 points or 0.7% with almost an hour of trade to go. The Dow closed at 15872.43 up 106 points.