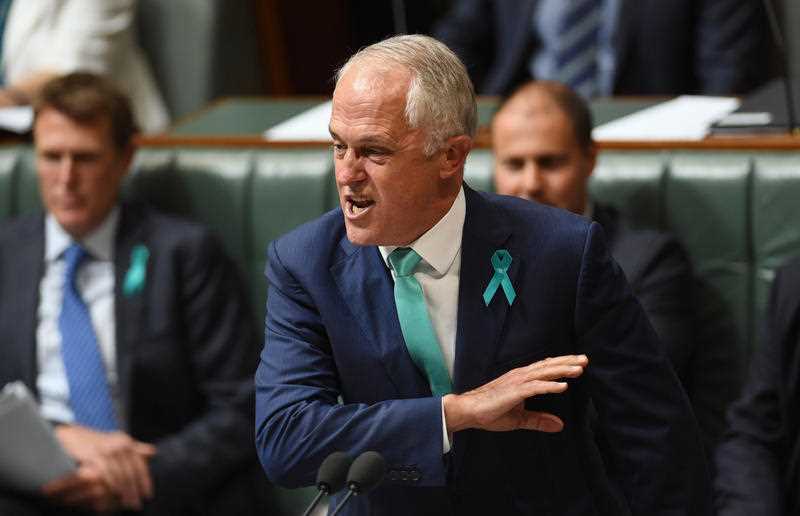 Economy given a break - it got a Prime Minister!

Australia got itself a Prime Minister yesterday and it might mean that Cory Bernardi’s exit was the ‘rat in the rank’ Malcolm Turnbull had to have! However, I personally don’t want to go into the rights or wrongs of what the departed Senator has done. I only care about having a PM and a Government that’s good for the economy.

If we don’t get this double barrel necessity, we won’t get the business investment needed to power economic growth, which delivers the jobs and then income to get consumers to spend.

This then stimulates business to order new supplies, which creates more jobs and the vicious cycle of an economy weighed down by post-GFC anxiety gives way to a virtuous cycle of growth and positivity.

Paul Keating used to call it “going gangbusters” and that’s who Malcolm channelled yesterday in Parliament. And he can thank Opposition Leader, Bill Shorten, for helping him find his old self, which pre-PM was a combination of him being the smartest guy in the room and someone who found it hard to suffer fools gladly.

Given the way he ‘s looked lately, he must have found it hard to suffer his new Mr Nice Guy persona, who, at too many times, looked foolish and ineffectual to even Coalition supporters.

Last week, for purely economic reasons, I suggested he needed new advisers or advice because he was talking and listening to the wrong people. And the polls were warning him that it was curtains, unless change happened.

Well, yesterday, with Bill Shorten treating the PM like a dope on the ropes, giving it to him over his social welfare reforms and calling him “Mr Harbourside Mansion”, Malcolm got to his feet and put on a Prime Ministerial beating up not seen since John Howard and Paul Keating!

It was a good old-fashioned smack down, where it was so good that many watching would have forgotten what Bill was criticising the PM about. 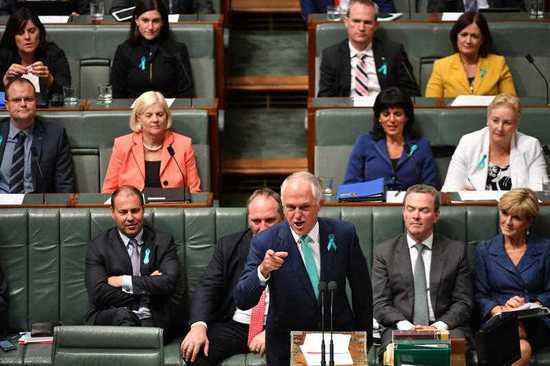 He labelled Bill a “social climbing sycophant” to the Melbourne billionaire fraternity. “There was never a union leader in Melbourne that tucked his knees under more billionaires’ tables than the Leader of the Opposition — he lapped it up,” Mr Turnbull said.

He reminded everyone that Bill had supported company tax cuts in government and played ball with a company that made donations to his election, while at the same time cut a wage deal with that company, which didn’t look favourable to his members.

The rights or wrongs of Malcolm’s mauling is neither here nor there but it was more important to see a leader who excited his troops. If you missed it, check it out here, and this is the Malcolm Turnbull I’ve known for 40 years.

I know there were times when I’ve interviewed him, pre-PM, where he had a good grasp of economics, such that I picked an argument with him knowing that he wasn’t going to be a pushover.

I once saw him give it to a North Bondi Surf Club official, who was pressuring him for more political support. The dressing down he gave the guy, included a little note that he had personally donated $100,000 to the cause!

The Malcolm Turnbull I’ve seen was a shadow of his old self. The positivity he created for his team with his negativity toward Bill Shorten was what the Government needed in a week when they lost Senator Bernardi, who left as a ‘strong man’ fighting for old fashioned conservative values. I hope, on what I saw yesterday from the PM, he has awoken a sleeping giant!

Between now and the May Budget, the Turnbull Government has to rein in spending in some areas to create reasons and money to invest in infrastructure, which will create growth, jobs and improving material welfare.

The cuts and rearrangement of welfare payments are legitimate reasons for Mr Shorten to bag the Government but this tacky name-calling made Bill look strong and the PM look weak. This is a bad look for the Government members, the business leaders who need to invest in the Oz economy and the consumers/voters, who actually want to feel confident about their nation’s leader.

Malcolm has a long way to go but he does have two years. He will get those two years from his colleagues, if he stays on top of his game and on top of Bill Shorten.

Clearly the PM must come up with good decisions over that time but at least he hasn’t done a Sonny Liston, who, when fighting Cassius Clay (as he was known then) looked like he threw the fight. Malcolm has climbed off the canvas and now has to start throwing some knockout punches to the Opposition and knockout policies to bolster his polling as well as the nation’s confidence.

I really hope this new and improved Malcolm Turnbull is not a one-day wonder.