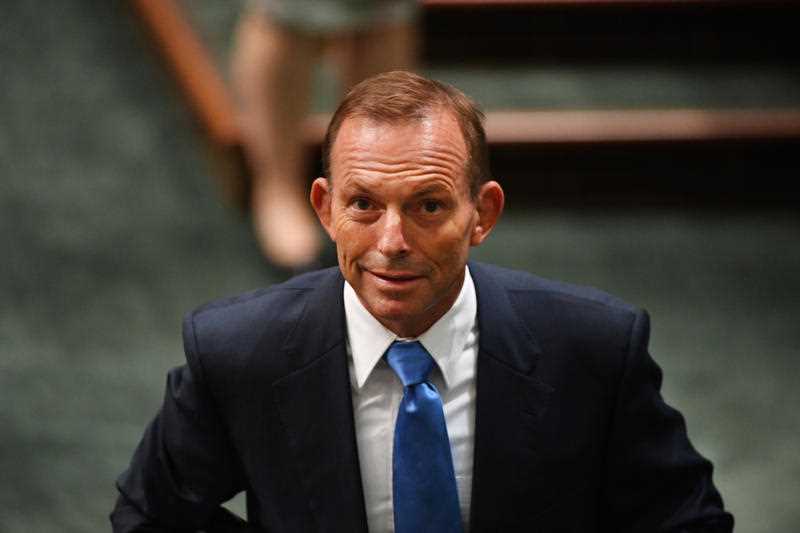 Oh no, we’re in for another leadership battle with The Age running with the headline: Coalition will ‘drift to defeat’: Abbott’s warning to PM.

It’s no surprise that Tony is priming to knock off the Prime Minister, given how badly Malcolm Turnbull is doing in the polls. However, this is a political disturbance the economy doesn’t really need.

Yes, I know being PM is important to Tony, especially when it was once his job. However, he has to understand that he did a crappy job. He didn’t help consumer and business confidence, which was languishing under his stewardship.

I quite like Tony — when you get to know him he has some likeable traits, which he’s not good at showing publicly.

This is his problem. And it becomes our problem: he’s not charismatic and we need a leader with that in spades right now.

Malcolm has lost his charisma but he once had it. When he was wearing his brown leather jacket on the ABC, he was popular with most Liberal voters (odd media personalities and hard right-wingers aside) and even lefties.

However, getting the keys to the Lodge and Kirribilli does something to some leaders. It showed with both Abbott and Turnbull, who both lost what it was that made us like them in the first place.

Last night, Laura Jayes on The Latest on Sky News asked me if I agreed with ex-Treasury Secretary, Ken Henry, who said “reform was dead” in Australia.

I answered in the affirmative and reminded Laura that Ken put out the Henry Tax Review, which actually made 138 recommendations. Few were implemented!

Why? Kevin Rudd was gutless and didn’t have the charisma to win over his own party, let alone us, after he fooled us with the best online marketing pitch in Australian history. Kevin 07 was the stuff of genius but when he became PM, he discovered you had to be better than just a great marketer.

And that ‘s the economic problem that has come with Kevin Rudd, Julia Gillard, Tony Abbott and now Malcolm Turnbull — they are not inspiring. Because they haven’t won the hearts and minds of the people, they can’t sell the tough policies to help the economy and, ultimately, the people they lead.

We’re doing OK but we need to do better.

Speaking at the launch of his new book Making Australia Right, Tony Abbott pointed out that 40% of us didn’t vote for the Coalition or Labor at the 2016 election.

Being in the political wilderness has given Tony five big ideas, which will be his manifesto to get his job back. Here they are:

4.   Stop all new government spending so we don’t rip off our grandkids.

5.   Reform the Senate to beat the deadlock stopping necessary legislation being passed.

Yep, Tony has learnt from Donald Trump so he’s going after Pauline Hanson’s supporters (he has always been her nightmare) and he’s hoping to win over Coalition MPs, who fear losing their seats under a ‘drifting to defeat’ Malcolm Turnbull.

As an economist, I know immigration is good for economic growth. I also know we need to spend on infrastructure, if our grandkids want to get work in the future.

The Senate is hurting the economy, as it stops seriously gutsy legislation that could help the economy. Unfortunately, we haven’t had the charismatic and inspirational leader of a Hawke, Keating or Howard calibre to pull it off.

That’s why 40% of Aussies didn’t get excited by Malcolm or Bill Shorten at last year’s election.

Two years ago, I would’ve thought Malcolm could’ve been the leader we need. However, until two weeks ago, his form was hopeless. And that’s why Tony is throwing his speedos back in the ring.

It’s interesting that he says the Coalition will ‘drift to defeat’ with Malcolm because one of The Drifters most famous songs was Save the Last Dance for Me.

With business confidence up strongly in the last NAB business survey and business conditions surging, we don’t really need a leadership challenge. It’s time for Malcolm to deliver.

Unlike Tony, the PM doesn’t look like a Drifters’ fan but if he doesn’t win us over, and fast, he won’t like listening to The Drifters’ classic: There Goes my Baby!