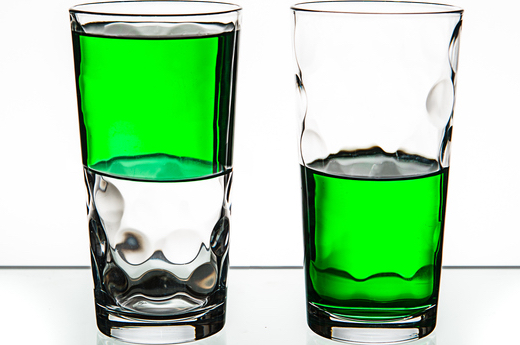 Economists on rate rise - early next year or in two years time!

I’ve never seem economists so split on where the Oz economy is heading and some of my mates will have egg on their face, with one really smart guy tipping the first rate rise will be early in 2018, while another smartie thinks it will happen at the end of, wait for it, 2019!

Paul Bloxham is saying our economic story will be OK but so subdued that the RBA won’t touch rates for two whole years, which sounds incredible. And even though I like the idea of rates being lower for longer, the other implications of his big call worry me.

If Paul is right and we’re growing nicely, then our dollar will be lower as the USA raises interest rates fairly briskly, starting in December and pumping them up over 2018. If his growth calls are right, then jobs are being created, profits are on the rise and wages will be starting to pick up after years of too low increases that have undermined consumer confidence.

On the other hand, Paul Dales has a less heartening snapshot of 2018. And because he can’t see where the better growth comes from, he thinks progressing to what looks like a normal economy in Bloxham’s story, will take longer.

I hope Dales is wrong, as it doesn’t augur well for profits and share prices and implies we will be stuck with this underwhelming stock market, which is more than 1000 points from its all-time high, which happened just before the GFC stock market crash in late 2007.

Meanwhile, the Yanks are again in record territory for the Dow Jones Index and the S&P 500. If Dales ends up being right, then we might never get above 6828.70, which was our all-time high on the S&P/ASX 200 Index.

History says we always beat the previous high on this index and then go higher before another crash happens. However, if Dales is right, then it will take about three years before we get into record territory or we might defy history and not get there before the next crash!

I don’t want to believe that, so I’m in the Paul Bloxham fan club for now.

Helping us is the world view and the US central bank — the Fed — which overnight was a little more hawkish than many expected (in market parlance that means it’s more likely that the Yanks will see another rate rise in December) and then more of them across 2018, as the Fed begins rolling off its $4.5 trillion balance sheet in October, most of which consists of Treasury bonds and mortgage-backed securities. For normal people that means the US central bank will be selling these securities back to big bond players. It therefore means less money in the economy there, and rates will rise.

More importantly, it’s a sign of confidence in the USA and talks more to Bloxham’s optimism. And it comes as the Fairfax press today tells us that “The global economy has reached a turning point,” according to the Reserve Bank, and it came “on the same day as the OECD lifted its forecast for global growth thanks to a coordinated economic recovery.”

This is good news for us as a country that sells exports to an improving world economy, but typical of most economic bodies, the OECD is warning that our first rate rise could create a “sharp correction”!

Last year’s number was 3%, so this is a good story for Bloxham and the optimists.

And over the course of this week, both the ANZ and NAB economics teams got closer to Bloxham, with new forecasts pointing to a mid-2018 rate rise, which implies they see an improving outlook for the Oz economy.

If the US and world economic outlooks were on the slide, I’d be a Dales supporter but I think Paul Bloxham has a good chance to be on the money and especially so if Donald Trump can get his tax plan through Congress by year’s end.

If these guys are right, interest rates will be on the rise. I never thought I’d write this but I’m praying for a rate rise next year and I think my prayers will be answered, even with the OECD’s alarmist prediction, which should be proved wrong, like many of their predictions about us!