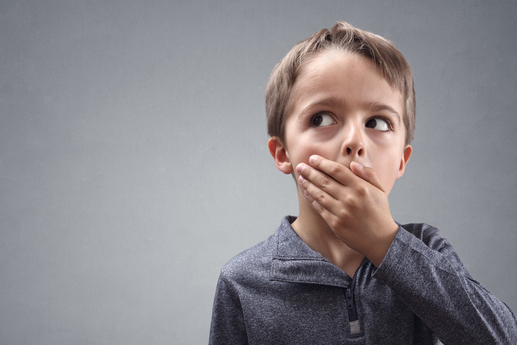 Economic shock! What I'm negative about

This one will shock some of my critics who wonder why I’m so optimistic when there’s so much you could worry about - the economy, the stock market, government debt, wages and consumer confidence.

It might surprise those who think I’m always optimistic but there are concerns I’m watching. However, given the positives, which I listed last week here, I do believe in the list of good things that trumps the list of bad things, and Donald Trump, who remains one of the pluses in as much as Wall Street still believes in his tax cuts.

That all said, let me list the things that worry me: 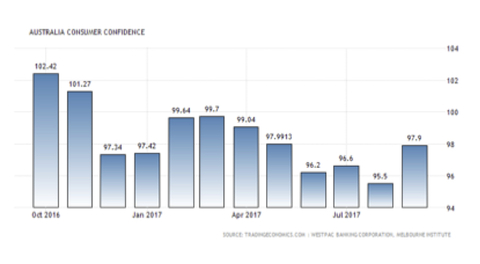 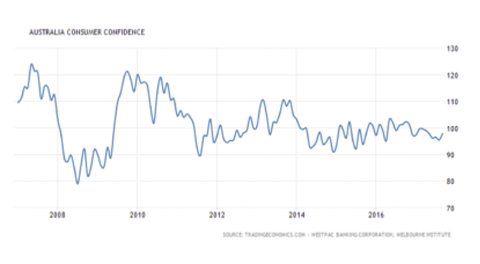 Note how the consumer confidence number has been below 100 for 10 months straight. When that happens, pessimists outnumber optimistic consumers.
In the second chart, since the GFC and the end of the stimulus from government spending (that came with $900 cheques and lots of school halls), confidence has hung around or below the 100 level. That said, when the GFC market crash happened, consumer confidence was around 80! So it’s not great now but not as bad as it could be.

That said, when I can’t fully understand something I won’t invest in it so it worries me when a risk isn’t fully weighable.

Things like house prices worry me a little but they are starting to increase at a slower rate, while auction clearance rates are slowing in Sydney and Melbourne, which is a good thing.

One final biggie is household debt to GDP, which is something that’s often cited by doomsday merchants, such as Professor Steve Keen, and hedge fund operators, who are trying to make money out of shorting Aussie banks.

I admit that our household debt is big but someone like John Edwards, a former banking chief economist and RBA board member, agrees with me that the threat of this debt is exaggerated. I’ll look at this as a separate piece later this week.

As you can see, the problems we face are either getting a bit better (such as wages growth) or they’re very hard to understand (such as China’s debt) but, overall, the magnitude of the positives explains why the very cautious Reserve Bank of Australia thinks we’ll grow at 3% plus over 2018. We couldn’t do that if economic Armageddon reigns.