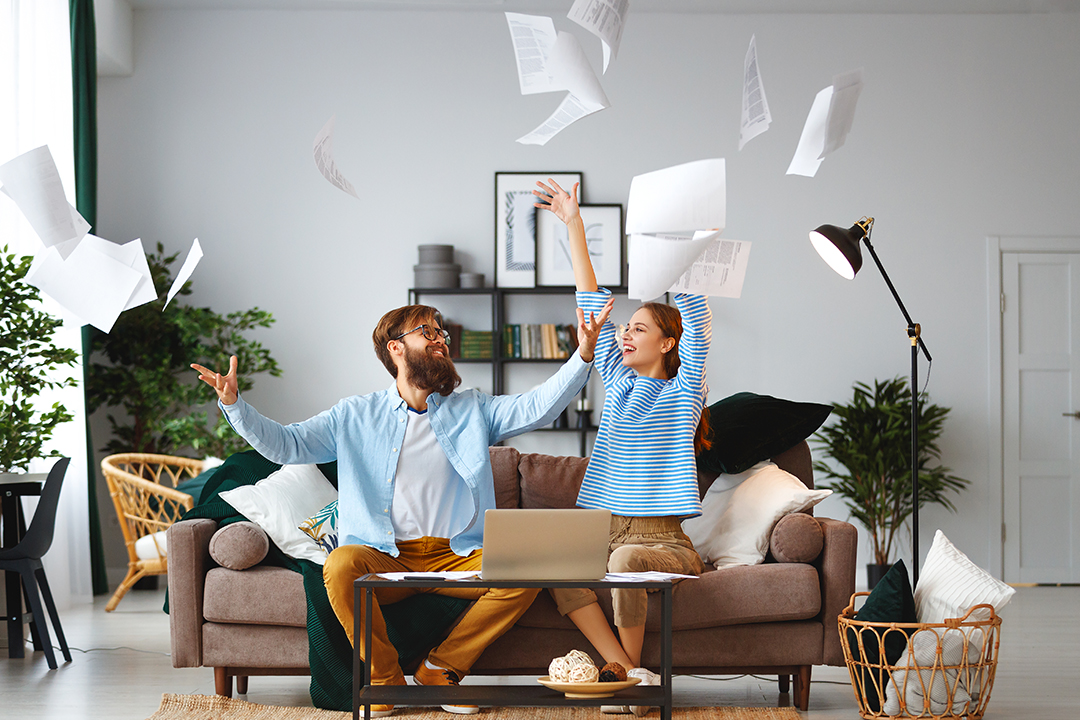 Down, down, household debt down!

What if the biggest worry for the house price doomsday merchants was actually shrinking before our very eyes but we’re not actually seeing it right now?

And what if all those debt worriers out there were ignoring the fact that Australians might be saving their way to less potential financial problems because the statistical data hasn’t caught up with reality?

That said, as individuals beat their debt challenge, their very action could sow the seeds of a further downturn that the Treasurer, Josh Frydenberg, better be across.

This “borrowers might be cutting their debts” possibility came to me after fund manager Charlie Aitken (on my Switzer TV Investing programme) pointed out that Westpac revealed on Monday that the number of loans extinguished outnumbered new loans created!

That sounds unbelievable. And if it has happened with Westpac, it might be happening at other banks. This means people are taking this period of historically low interest rates to pay down and pay off their home loans!

Of course, some smart Aussies might see this as a chance of a lifetime to KO their debt to the bank, so let’s call them rational. However, others might be those busy types, who run their money life in a chaotic way so they’ve simply kept paying their old home loan repayment, despite the fact that the cash rate of interest, set by the Reserve Bank, has come down seven times since 2014 from 2.5% to 0.75%.

The chart below shows this cutting story. Each time an official cut happened, the home loan interest rate fell — not always by the same amount as the cash rate tumbled. But in reality, smart borrowers have taken their interest rates down to 3% or even less!

And while it’s great individual news that people are nailing their home loan debts, it could also be helping us reduce the threat of our Private Debt-to-GDP ratio problem, which leads doomsday merchants to predict that a day of reckoning is unavoidable but strange things can happen in the world of economics. First, we could grow much faster next year. St George’s economics team has growth going up from the current 1.7% to 2.3% but I reckon we’d need 3%+ growth to threaten our status as having the second biggest private debt-to-GDP ratio behind Switzerland.

Another odd thing is that we’re actually paying off our home loans faster than we took out loans from Westpac. Of course, this was when house prices were dropping and borrowers were much more scarce on the ground. So I find it fascinating that few of us ever thought that what caused our debt-to-GDP problem could be reversed if we started paying off our loans more quickly, thanks to unbelievably low rates!

It’s so basic but it has been ignored. If individuals raise our indebtedness by borrowing, they can reduce it by paying back their loans. It’s obvious but few in the debt debate ever thought that might happen.

Economics is a strange beast. It can make monkeys out of experts and bush economists, who think an economy will conform to common-sense analysis!

By the way, I’ve always thought the very high private debt-to-GDP ratio was always exaggerated because the debt numbers never netted out what people had as a buffer built up inside their loans, which reduces their real indebtedness.

Another interesting point is that this very virtuous saving is probably explaining why our economy is growing so slowly. What we’re seeing is a real world example of the Paradox of Thrift.

I taught this years ago to Macro Economics 101 students: if a community decided to save more (not because their incomes increased), this would lead to a fall in consumption or demand and would decrease economic growth. This means slower income growth and job creation. Eventually, income growth could be negative and jobs could be lost so saving in the end falls.

The paradox says that in trying to save more, a community ends up saving less. This is why Treasurer Josh Frydenberg better come up with an offsetting measure, like tax cuts or dough for Newstart recipients or he and we could be victims of the Paradox of Thrift.

If that causes job losses, those who have paid off their houses might be forced to spend more time in their debt-free castles, until tax cuts are eventually used to generate growth and jobs again!

Assistance to farmers might be another good idea to help kickstart the economy as well. How about it Josh?