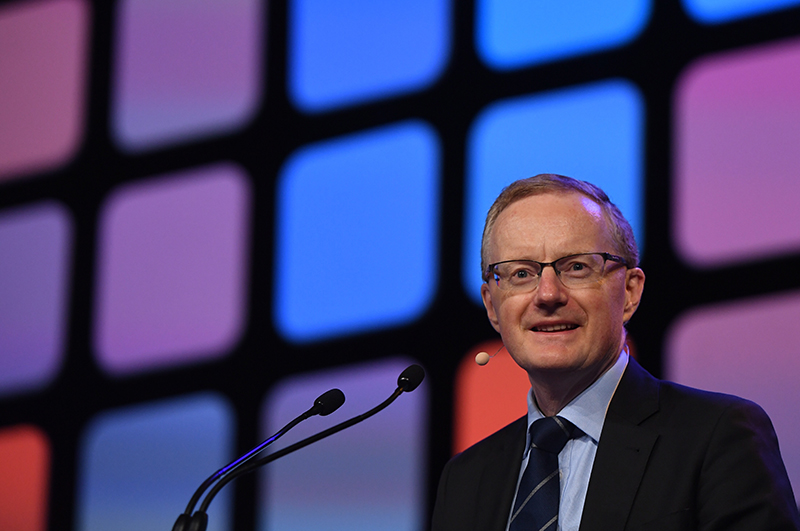 Doomsday merchants must think the RBA's Dr Phil Lowe is a dope!

Given what the Reserve Bank told us on Tuesday when most of us were coping with or enjoying Cup fever, the only argument that doomsday merchants can offer to explain why they expect a property crash, a stock market collapse or a recession sooner rather than later is that the RBA Governor Dr. Phil Lowe is a dope and his team of markets watchers are a bunch of clowns.

And with the Dow spiking over 400 points overnight, reacting to the expected result of the Democrats winning the House of Reps and the Republicans retaining the Senate, it shows that if uncertainties can be removed, such as the China-US trade war, how the key influencers of stock prices still want equities higher.

One tweeter thought he was doing me a favour telling me that the run of local economic data is pointing to problems ahead for our economy. He clearly didn’t take in what the RBA revealed on Tuesday, pre-Cup.

“The Reserve Bank has pre-empted its own quarterly report by revealing new forecasts,” wrote CommSec’s Craig James. “The economy is now tipped to grow by 3½ per cent in 2018 and 2019. As a result, the unemployment rate is expected to fall to 4¾ per cent by 2020. Having said that – unemployment could hit this target in the next few months!”

Fair dinkum, Dr. Phil is trying to replace me as the country’s most optimistic economist, upping his already optimistic forecasts for growth and unemployment!

As Craig observed: “The Reserve Bank hasn’t changed its policy stance one iota.”

Let’s run through the good economic developments that might explain Dr. Phil’s positivity:

• The NAB business conditions index rose by 1 point to a 3-month high in September.

• The weekly ANZ consumer confidence index is 116.8 – above longer-term averages.

• The manufacturing expansion is the longest since 2005!

• The AiGroup services sector gauge fell by 1.4 points to 51.1 in October. Despite the fall, services activity has now expanded for 20 consecutive months – the longest stretch since March 2008. Any number over 50 means the sector is expanding.

• Retail trade rose by 0.2% in September, after a 0.3% lift in August. Annual spending growth was steady at 3.7% in September. Over the year to September in trend terms, spending in Victoria lifted to four-year highs of 5.9%.

• International visitors to Australia rose by 6% to a record high 8.4 million over the year to June.

• The latest trade is the largest in 19 months and the 9th successive surplus this year.

• Australia's annual imports from China are also at a record high and this is a good sign for economic growth.

• Loans and advances by non-bank financial intermediaries rose by 11.4% over the year to September — the strongest annual growth in 11 years.

In the spirit of balance, here are the negative developments that surely Dr. Phil hasn’t missed:

•  Annual credit growth stands at 4.6% – just above the slowest rate recorded in 4½ years.

• Petrol prices have spiked to decade highs but are falling now.

• Investor housing finance rose by 0.1% in September but annual growth is at the slowest rate on record of 1.4%. But that’s what APRA and the RBA wanted.

• Personal credit was flat in September, but was down 1.5% over the year – the equal weakest annual growth rate in 8½ years.

• Council approvals to build new homes rose by 3.3% in September, after falling by an upwardly revised 8.1% in August. Approvals are down by 14.1% over the year – the largest annual decline in 16 months. But the year before was ‘boomsville’.

• Commonwealth Bank Business Sales Indicator (BSI), a measure of economy-wide spending, rose by 0.2% in trend terms in September – the weakest growth since May 2017. While spending growth slowed in September, it hasn’t declined in 20 months.

That will do! As you can see, most of the worrying data is linked to the work of APRA and the Royal Commission, which have conspired, for what many would argue good reasons, to make banks tougher on granting loans too easily. Investors, small business and non-conventional borrowers are being treated like lepers, as banks worry about being pilloried for lending too easily. This is poised to be our biggest threat to economic growth.

However, this is the RBA’s beat — lending to the economy. So I’m assuming that Dr. Phil is not a dope and that his team’s computer model of the economy has taken in all the local positives and negatives above and given economic growth the 3.5% tick for this year and next.

And yes, they’d factor is the effects of a slowing China being pressured by Donald, a slowing EU but a booming US and again concluded that we’re set for good growth.

The only reason for me to doubt my support for the RBA’s positive economic forecasts would be if I thought Phil and his sidekicks were team of dunces, but I don’t.

P.S. One day the run of data will turn yours truly and the RBA into pessimists but now isn’t the time.