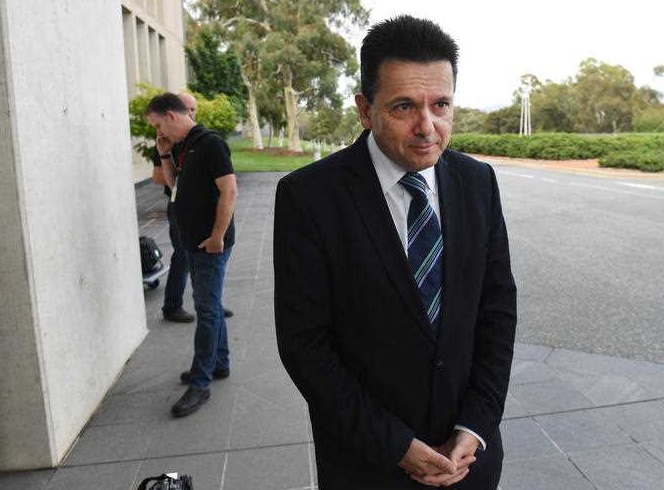 Don't vote for an independent! Ignore my advice and interest rates will rise

This is not easy to think about or to write but the best economic advice I can give you for the election is: Do not vote for an independent! This advice goes against everything I believe politically but we’re at an inflection point with the economy and the only outcome I’ll toast on election night is a Government — be it the Coalition or Labor — that controls both the House of Representatives and the Senate.

I’m not saying that politically you should oppose the concept of an independent candidate becoming an MP. However, economically, we need to see a Government with the ability to implement policies that will turn around the trajectory of the Budget Deficit and the growth of the Government’s debt to GDP.

Yep, I know that our debt-to-GDP is miles better than countries we compare to, such as Japan, but they don’t borrow overseas to bankroll their debt. We do.

Our debt to GDP has gone from 11% some 10 years ago to around 35% now. And Moody’s predicted before the Budget that it would hit 38% by 2018, if there weren’t big changes to spending and taxing.

The Moody’s threat before the Budget said that if we don’t address the growth of government spending, then we would be put on a AAA-watch, which precedes a downgrade. When this happens, lenders expect more for the money they send here.

And because the Government is the ultimate defender of our banks, they too pay more for money!

I know it looks crazy that a credit-rating agency could be worried about an economy and then it’s decision to lower the rating leads to more economic problems that, in fact, makes the country less creditworthy. But that’s economics!

The prospects of higher interest rates and, potentially, bad economic prospects, are meant to force governments to get real and tough. And this is why I want a political solution to our economic problem. If the next Government has control of both the lower and upper houses, they will have no excuse for not having the guts to make the changes necessary to fix the Budget Deficit and the rise of our debt-to-GDP.

Now I know Labor supporters would shudder at the prospect of a Coalition solution to our deficit/debt challenge and vice versa. However, if we, as a nation, don’t have the guts to bite the bullet, then people outside our borders will make the tough decisions for us.

The last time we lost our AAA-credit rating was 1989. We didn’t get it back until 2002, post-GST, under the Howard Government and Treasurer Peter Costello, who made some tough, unlikeable decisions at the time.

What happened to interest rates in 1989? Have a look at the chart below and see why I’m a little worried about ignoring our debt and Moody’s drama. 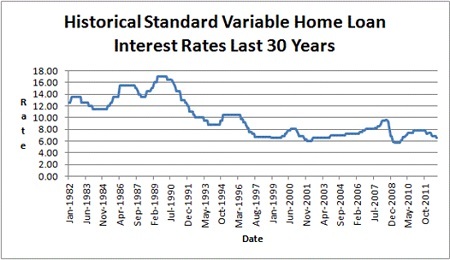 Now, unlike economically untrained right-wing commentators, I’m not saying home loan rates will go back to 17% like in 1989. However, there was a 3% kick up in rates at that time and some of the rise was due to a lower credit rating.

My preference would be for the Coalition to get a chance to fix the deficit/debt problem but I think Chris Bowen, without his beard, would do an OK job for a Labor pollie. He’d have to deal with the crazies in his party and in the Greens but if he didn’t bring the hard-to-swallow medicine, then Moody’s and their rivals will deliver it and it would be curtains for Labor for a long time.

A Government with the power to fix our major economic problem would be cast into the political wilderness. That’s why I want a clear win to either side and no independents.

Yes, I know, the likes of Nick Xenophon have given independents a good name but Clive Palmer and many of his sidekicks have shown us what self-interest and a lack of grey matter means to the political process.

Once our economic challenges are beaten, I’m happy to entertain the election of the ‘maddies’ that our beloved democracy can throw up. However, right now, I’m playing political hardball out of economic fear and I hope my fellow Australians see the wisdom of voting for one party in both houses and no independents!

Of course, if you can live with (as well as afford) higher unemployment and higher interest rates, ignore my advice.