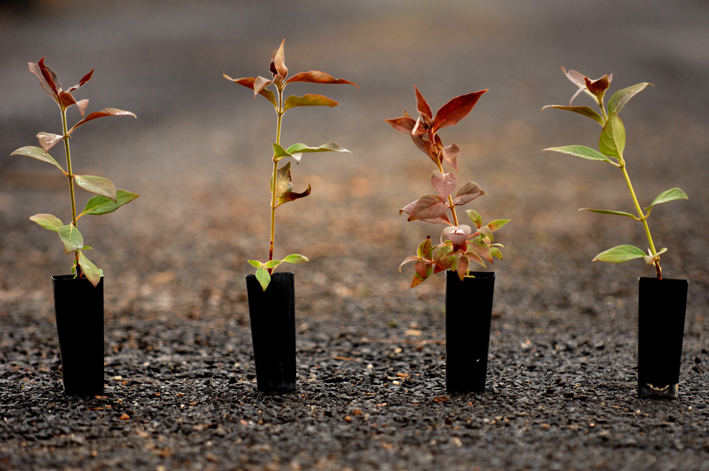 Don't mention my obsession but the RBA has to cut!

With due respect to Fawlty Towers and John Cleese (and given that this is a huge Tuesday for the Australian economy), I won’t mention the word linked to the big Reserve Bank decision released at 2:30 this afternoon. Recently, I have been “obsessed” about interest rates — oops! — so let me present the case for just one more cut.

First up, this chart of house price increases shows Sydney is the only real worry. 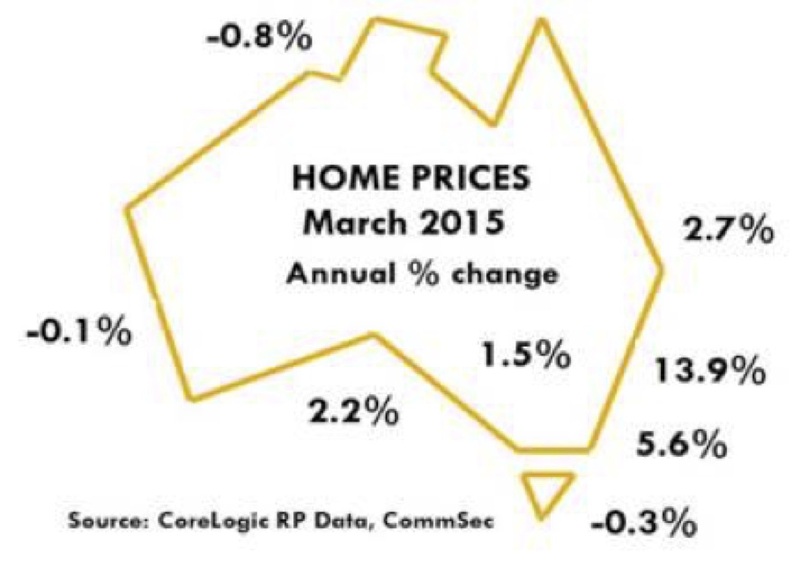 Clearly, the rest of the country shouldn’t be faced with low economic growth just because Sydney is gripped by a huge housing boom. Let the Australian Prudential Regulation Authority (APRA) force the banks to demand bigger deposits from more vulnerable buyers of Sydney properties.

Secondly, both business and consumer confidence has been subdued for too long and the RBA and the Federal Government need to instigate positive shock treatment. This charts prove the point:

See how consumer confidence rose with the Abbott election victory and dived with last year’s Budget. Right now, it’s trying to turn up but has dipped again.

And business confidence has a similar story but its latest reading from the NAB showed a small kick up. This shouldn’t be wasted and both the RBA and Joe Hockey’s Budget next week has to encourage those business people who are becoming more confident.

Third, other green shoots of growth are starting to sprout. The ANZ job ads number was up 2.3% in April. These now have risen 10 months out of 11 and in trend terms are up 18 months in a row. Unemployment has fallen from 6.4% to 6.1% over the past two months. A new reading is out on Thursday but economists expect a tick up to 6.2%. We need to keep the jobless rate falling to build confidence.

Dwelling approvals were up 2.8% in April, which is a record high. In trend terms, this important indicator of future growth and jobs is up 10 months in a row!

Fourth, billionaire adman Harold Mitchell knows how advertising spends can be good forward indicators for an economy and says he’s seeing “green shoots”. These need watering and the RBA’s Glenn Stevens and Treasurer Joe Hockey need to be a part of the Backyard Blitz team that has to renovate and beautify the Oz economy! Turning these green shoots into a healthy, growing ‘garden of trees’ is their responsibility.

Fifth, the Budget is expected to be pro-growth and pro-jobs. Even Labor’s Bill Shorten is using the same words as the PM, though I know he’ll take issue with how the Treasurer outlines how he’ll create it next Tuesday. However, the agreement that growth not only creates jobs but reduces the Budget deficit is progress that needs to be helped along by the RBA today.

Sixth, 23 out of 26 economists expect to see a cut today. Many of them also believe one is needed. Teams like Macquarie don’t expect a cut today but think the cash rate will go to 1.75% before this easing cycle is over. This suggests the economy will weaken further. The Government and the RBA must stop this happening and it has to start today and then has to be reinforced by Joe next week.

Sixth, I say this all the time but until my colleague Andrew Bolt at 2GB (who’s a lot better bloke than some of his occasional extreme views imply) understands that Treasury Secretary John Fraser has argued that 4% growth for four years kills the Budget deficit, then I’ll keep reminding everyone.

Growth comes first when you want to beat deficits. Once tax is coming in and less involuntary spending is happening on a rising unemployment rate, then a government can cut into silly spending decisions of past governments.

I really hope Glenn Stevens gets it right today then Joe does a lot better job with the Budget next week and we see a snowball of confidence really build. If a patient and cautious stance is taken today, I think growth will be slower, unemployment will be higher and I won’t get over my alleged obsession.

I did mention interest rates once, but I think I got away with it!