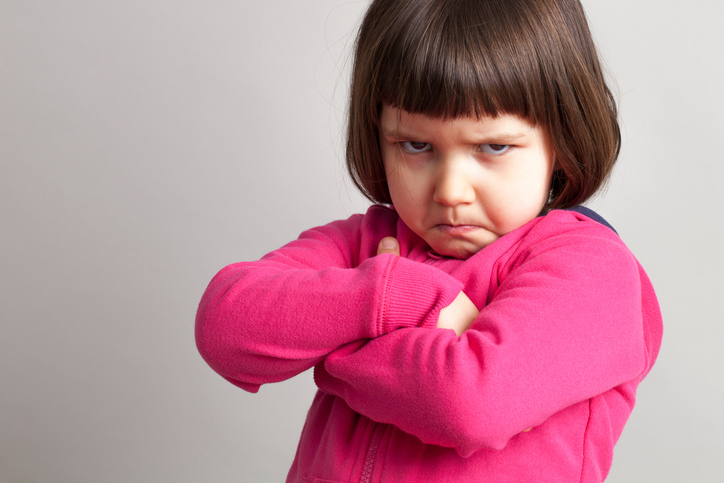 Don't let this economic fear thing turn you into a whinger!

This week I’ve had a plethora of people asking me: “How’s our economy going?” And they were asking it like they were afraid I was going to say: “Stuffed!”

These inquiries made me think that the only thing we have to fear is the fear that whinging about fear will go on for a long time! My profound take on our unusual economy was encouraged following the latest take on how retailer David Jones is performing.

DJs is no longer listed on the stock exchange and is owned by Woolworths Holdings Group, which is a South African outfit.

Being reporting season, the new owners reveal how the company is going, though there’s no law to say they have to. As an important retailer however, it’s a nice window on how the sector is doing.

The news isn’t great. This is what the department store’s boss, John Dixon, told Fairfax: “Concern around the housing market, increased mortgage costs, increased utility costs and the lowest wage growth in 20 years: when you put all those things together, customers are having to tighten their belts and that puts pressure on discretionary spend,” he said.

By the way, important though DJs is, I have to let you know that department stores stink worldwide, though some are doing better than others. It can depend on where a department store is located that determines how it will do.

In the USA, the iconic store Macy’s is struggling but I bet the one on Broadway in New York would be killing it because it’s in the core of the Big Apple. The same would go for Oxford Street’s Selfridges because this shopping strip is externally packed with Londoners and tourists.

I bet DJs Sydney and Melbourne CBD stores are doing a lot better than its suburban operations because the retail world is challenged by what Mr Dixon pointed out about consumers.

But other issues are affecting retail.

We economists call it structural change, where the old world is structurally reshaped. The internet and the likes of Amazon, eBay, Gumtree, etc. have changed what we buy and where we buy it.

And retailers such as Apple, H&M and Zara are killing it. You can see queues inside and even outside these stores, which seldom happens with conventional department stores, except say at Saks Fifth Avenue New York at Christmas.

Also, retailers in the right space such as JB Hi-Fi are getting it right with their offer and how they flog it, as the latest reporting season showed.

JB Hi-Fi’s profit for the 12 months to June 30 rose 13.3% to $172.4 million, compared to the previous year. And revenue was up 42.3%. While there were benefits from absorbing The Good Guys business, generally this is a retail outfit that’s coping with the new economy with its digital disruption and unusual consumers.

Yep, consumers are different to the ones a lot of our economists grew up analysing in their economic models and textbooks. And the penny dropped for me when I heard of a survey of local university students that concluded a load of them want to work part-time.

There's growing evidence that a generation of Australians is rejecting the notion of full-time work.

A new Manpower survey shows over 40% of job seekers would prefer to work part-time. Researchers claim millennials now prioritise flexibility when it comes to finding a job that's right for them.

Many of the younger workers surveyed said they wanted to blend work with life satisfaction and the potential to build something for themselves.

These youngsters have grown up seeing the likes of Steve Jobs, Richard Branson and Mark Zuckerberg have it all and working it in a T-shirt. And that has more appeal to them than working 12-hour days for a bank or some other big end of town business.

But this undermines all those economists, politicians and journalists, who have been fretting about the growth of part-time jobs. That was the concern earlier this year, as full-time work was being lost to part-time work, which was seen as a bad economic sign. And 10 or 20 years ago it would have been. Nowadays, with new age Australians in a new digital, globalised, price-cutting age, it’s just the sign of a new time.

The GFC, digital disruption, the new internet retail world and the modern attitude to work is structurally changing the world we live in, which partly explains why we have interest rates as low as they are now.

My point is that we are stressing out about our economy based on old views of the world, which are not as insightful as they used to be.

I asked AMP’s chief economist, Shane Oliver, if this reporting season of our top companies was a bit like our economy (improving but not at a rate that we’d like) but would it mean that this slow improving economy and stock market go on for a long time?

He answered yes because the slow improvement will mean no rapid boom but also no big bust.

Interestingly, this more challenging world results in innovations from businesses such as DJs, which has changed its food offering and is spending $100 million over the next three years rolling out its high-end grocery concept.

My wife Maureen ventured into the store in Bondi Junction yesterday and told me how impressed she was. When it comes to retail, if you build the right thing, they will come.

Adding in what I’m seeing in the economic data, here’s my take on the new world we live in: we’ll keep growing at a more sedate pace, as all these new age changes challenge existing businesses but, eventually, a new economy will emerge and the economics that describes it will be more accurate than the economics used today to understand what’s going on.

Minimise your fear and your whinging, as we’re doing OK and will likely to do so for some time yet.