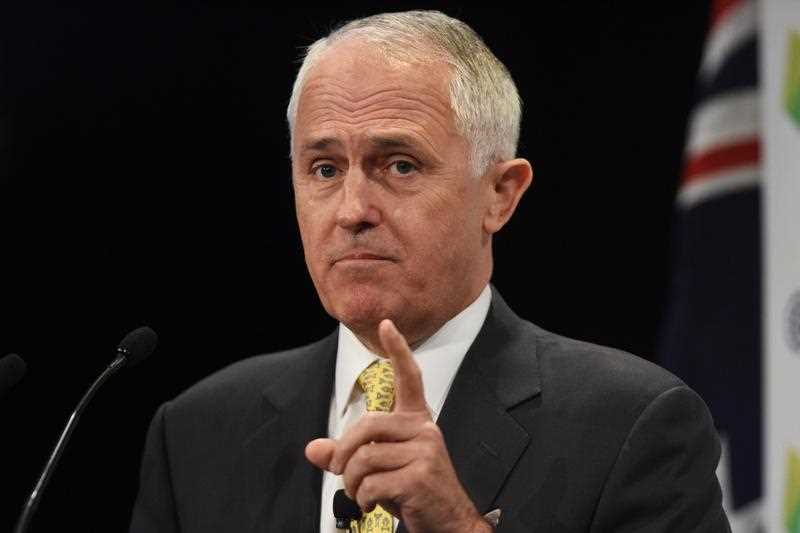 Don’t do it, Malcolm! Don’t do it! For the sake of the economy, scotch any talk of an early election and, simultaneously, tell us that your main goal is to get growth and jobs happening!

Of course, you have those economic nincompoops out there who bleat about our deficit and debt but all you have to say to them is that if the economy grows more quickly, the deficit falls.

I wrote this last March but it bears repeating for those untrained types, who are excessively scared about the deficit/debt problem.

This is what I revealed then: “The new Treasury boss, John Fraser, has told us that 4% growth four years in a row would turn the deficit into a surplus but most economists wouldn’t put their money on growth getting that high.”

We’re now growing around 2.5% or maybe a little higher but there’s no hope of getting 4% growth if you want to go to an early election. I was talking to the head of sales at a huge online business yesterday and  brought up the idea of an early election. His response was “Oh no! Oh no! Everyone stops advertising, for God knows what reasons, when they hear news about an early election.”

I’ve been betting that 2016 will prove to be a better economic growth year than 2015. Many top economists and the Reserve Bank agree with me but if you throw in a premature poll, you can forget even 3% growth.

An election will bring excessive scaremongering from Labor about a higher GST, slugs to super for comfortably retired Australians and, of course, WorkChoices will get a run to scare lower income Aussies.

To make the point to Malcolm and to Scott Morrison as well, I fully intended to remind them that early election talk would be like pouring fuel onto fires that are already burning confidence. I was going to list them but my mate at CommSec, Craig James, did that last Friday.

This is what he identified as creating the wall of worry that stock markets have to deal with but they also hurt confidence, spending decisions and, ultimately, growth as well as job creation. Here they are with a few of my comments:

The slump in oil prices — the economic benefits seem to be ignored and the focus is on the companies that lose from the lower price.

That’s a pretty comprehensive list but to bring home the concerns here as well, I’d add all the stock market anxiety here as commodity prices of products such as iron ore, oil, coal and LNG have hurt growth, company profits, share prices and the overall market index. Add to this, some shortsighted politicians thought it was a great idea to talk about an early election! I don’t think so nor does Liberal Party heavyweight, Michael Kroger.

On Sky News, Kroger sensibly warned that an early poll may spark a voter backlash, telling Sky News the government still has plenty of work to do before an election.

So there’s both political and economic reasons for Malcolm to trash early election talk and I damn well hope he does it ASAP.

There’s an old saying that “good politics is bad economics and good economics is bad politics.” I think we’re looking at an exception to this rule of thumb, where this country is screaming out for enlightened leadership, which means formulating a long-term economic plan that should go to the election as late in the year as possible.

If the Government can’t create any more negatives, I suspect our economy will be growing more quickly, unemployment will be lower, the stock market will be higher and economic confidence will be heading in the same direction as our confidence in our political leaders.

This country has had a gutful of confidence-killing catcalling and controversy from warring politicians, after experiencing seven changes of Prime Ministers since 2007. It’s time for good government and an improving economy. That’s what will ensure Malcolm and his team are re-elected. If he can’t do that, then he doesn’t deserve another stint as our PM.