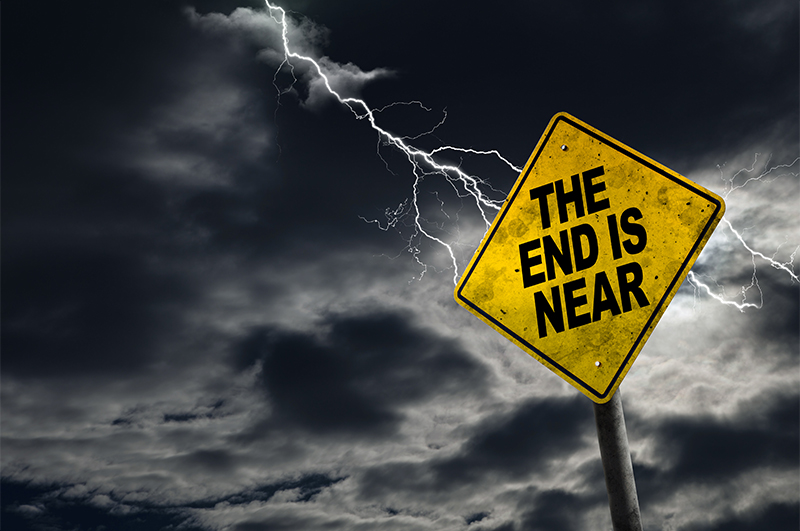 You can be sure no one else in the media seems to have an interest in hoping that our economy defies the doomsday merchants, who appear to be praying for home price devastation in Sydney and Melbourne. This jovial lot, who appear to be very impressed with their own intelligent views of the economy demonstrated by the joy they revel in questioning my guarded optimism on the economy and my more measured view on how far house prices will fall, deserves to see the latest list of largely ignored good news.

Yep, I’ll give bad news the flick because it gets covered in technicolour in most media outlets.

• Shane Oliver of AMP Capital tweeted on Sunday morning that the Sydney auction clearance rate was 65%, which compares to 55% last week which was trimmed to 52%. Either way, it’s an improved showing.

• New business investment (spending on buildings and equipment) rose by 2% in the December quarter, to be up 1.9% over the year. Better still, the first estimate of spending in 2019/20 was $92.144 billion — that’s up 11% on the first estimate for 2018/19 and the strongest growth in seven years! Plans to invest by business are promising.

• The CoreLogic Home Value Index of national home prices fell by 0.7% in February to be down 6.3% over the year – the weakest annual growth rate in almost 10 years. Prices fell in all capital cities except Hobart (up 0.8%) and Adelaide (flat). Regional prices fell by just 0.3%. I know I shouldn’t like house price falls but they’re not as bad as doomsday merchants are predicting. Sydney is down only 10.4% for the year, while Melbourne is off 9.1%.

• The Australian Industry Group Australian Performance of Manufacturing Index rose by 1.5 points to 54 points in February.

• Private sector credit (effectively, outstanding loans) rose by 0.2% in January, after a 0.2% rise in December. Annual credit growth fell to a near 5-year low of 4.3% in January but the fall is small and comes off record high levels. This fact that these 5-year low results come off five or six booming years is important.

• Total returns on national dwellings fell by 2.7% in the year to February — the worst growth rate in a decade — with houses down by 3.4% on a year earlier and units down by 0.9%. But these are small falls off record highs as well. Meanwhile, the S&P/ASX All Ordinaries Accumulation Index lifted by 6.6% over the year to February – the strongest annual growth rate since September!

• Donald Trump extending the deadline for a deal to kill a trade war between the US and China, is good for world growth prospects and killing off a 2019 recession and stock market crash, which would be bad for local house prices.

• The pound is saying that the UK will ‘do Brexit with a deal’ and I hope the forex honkies are right!

• Copper prices spiked in February to the highest levels since December 2017. Historically, this metal has been a good predictor of world trade, which has stock market implications.

On other positive matters, over the weekend the AFR pointed out that “the earnings season just ended looks set to give back to shareholders a record $84 billion in dividends for the financial year.” This is positive money that might help some who’d love a pay rise. And then there was this left-field fact I shared with my subscribers to The Switzer Report on Saturday morning: “Recent data shows us that there were 2.3 million businesses in Australia at June 2018, up almost 75,000 businesses (or 3.4%) over the year. Over a third of the new businesses come from the Transport sector! Transport? The number of transport businesses has doubled in the past three years and you can blame the arrival of Uber and I guess those guys on Deliveroo bikes, who are self-employed contractors. This is the new face of uber-growing digital businesses ahead!”

A lot of these ‘businesses’ are part-time business owners/contractors, doing what the Yanks call a “side-hustle” and they’re doing this in lieu of pay rises.

In my Switzer Report I always look at “What I like” and “What I don’t like” each Saturday, after a week of revelations. The list of ‘don’t likes’ has grown in recent months but the likes are still outnumbering the dislikes and it explains this chart below of the S&P/ASX 200 Index. 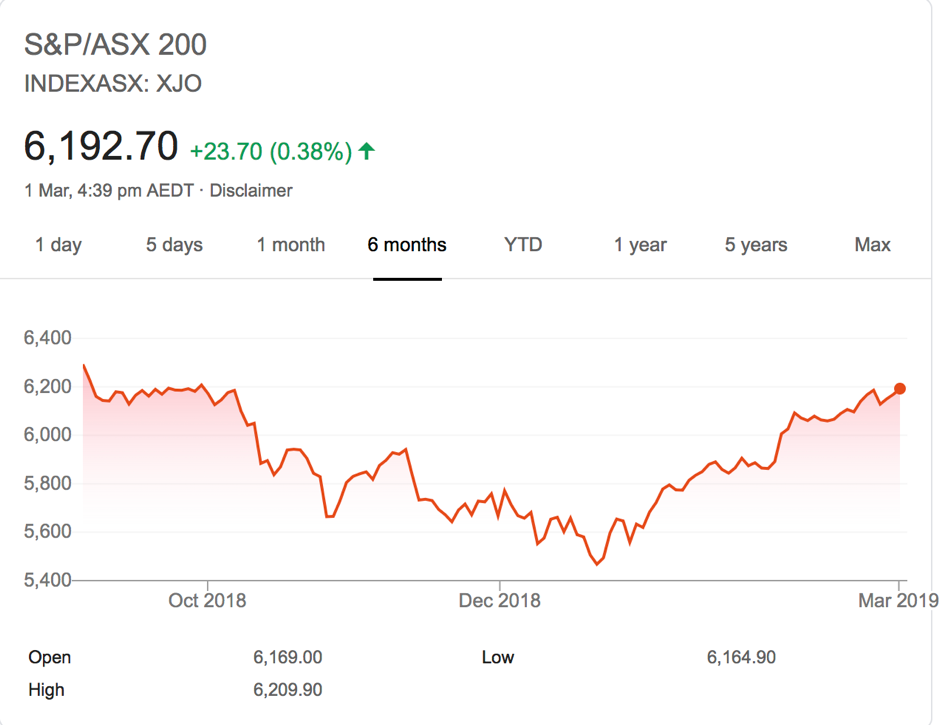 Optimists reign supreme over the longer period of time as well, in both stocks and property, with the pessimists sometimes getting a couple of years, not in the sun but in the dark and the rain, though I guess that’s what they like!

One final point. We get a swag of economic data and revelations this week that will support or undermine my optimism and possibly determine what happens to interest rates.

Wednesday brings the all-important economic growth number and Thursday we get retail sales for January, which will complete the Christmas holiday shopping picture.

I hope the data keeps me positive. If it doesn’t, I’ll tone down my optimism — I promise!