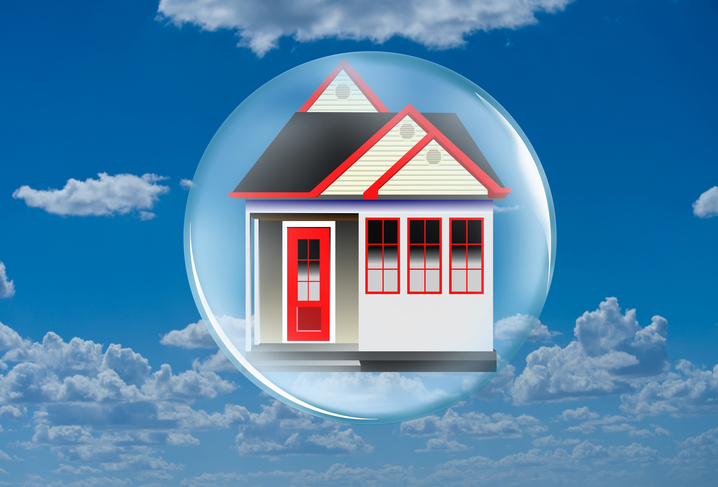 In his inaugural address to the American people, the truly revered US President, Franklin D. Roosevelt, famously warned that the “only thing we have to fear is fear itself”. Nowadays however I’m more afraid of newspaper headlines that pedal fear. One prominent newspaper, that I won’t name, ran with the click bait of “RBA fears house prices are heading for a collapse”. However, after you’ve fallen for that lure, you find a new headline: “Reserve Bank worried about collapse in apartment prices.”

Last time I looked, an apartment is not a house. And to add to the inaccuracy masquerading as news, we discover the Big Bank’s Assistant Governor, Michele Bullock, was really only talking about a “looming oversupply of apartments in Brisbane in particular, and possibly some parts of Melbourne.”

Note the word “possibly”. Also, note that Sydney is not on the RBA’s worry radar screen!

Wisely and pretty obviously, Ms Bullock points out if there is a downturn there could be “systemic issues for the banking system.” Really, who’d be surprised about that?

If there is an economic downturn, then unemployment will go up and so will bankruptcies. And considering most households and businesses borrow from the banks, well, yep, the banks will be in trouble. Their share prices will fall. Our super will become less valuable, as it did in 2008 and 2009 but then it will recover.

We live in an economy that passes through cycles of booms and recessions. One day we will see a downturn, which will end up being a recession but we’ve dodged a recession for over 102 quarters.

Then house prices will fall in many areas. Some suburbs will see prices level off. Others will see a house and apartment price collapse.

During the GFC, house prices in Palm Beach, Sydney, the Central Coast of New South Wales and the Gold Coast in Queensland all saw price collapses because these areas are often volatile in both directions.

The biggest worry for house and apartment prices isn't foreign buyers or ‘terrible’ investors but a recession. And there’s more chance of that happening if media headlines scare consumers and stop them from spending, which hurts business profits, which leads to less investment as well as less job creation.

Right now, we live in a local and global economy that has been slightly ‘trumped’ into positive action. If the US President gets a lot of his economic policies up, we can stop worrying about a recession for at least a couple of years.

If Trump succeeds in being the global economic circuit-breaker (as many suspect he will), then we will grow faster, the RBA will raise interest rates later this year and get the banks to impose more lending controls. And some of the hot air in the property balloon will be gradually released.

So I proclaim: “The only thing not to fear is scary economic headlines in desperate media outlets.” Be positive, confident and happy.