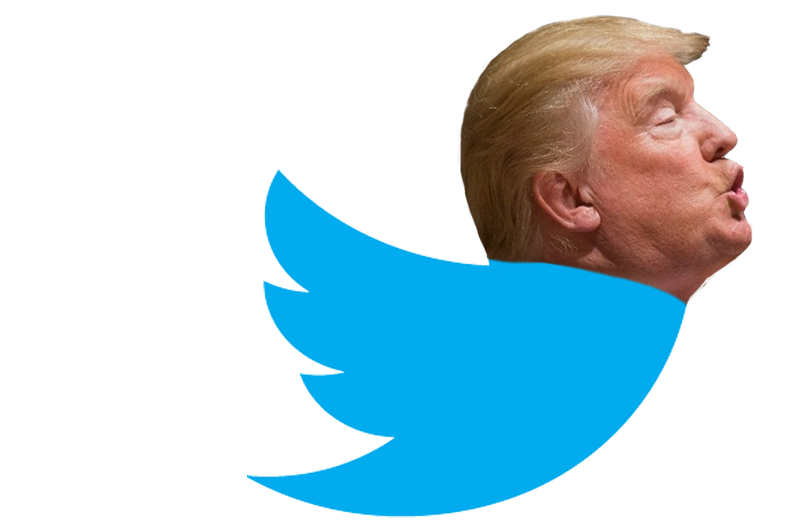 Easy question — who is the most influential tweeter in the world? Yep, you guessed it — Donald J. Trump.

How do I know? Well, the Dow was up over 400 points in 15 minutes overnight and it came with just one tweet from the US President!

And for those who don’t think the trade war is all that influential and therefore are at odds with my view, I reckon Donald’s tweet telling us that the September 1 tariffs will be split and a big part will be delayed until December, was the trigger for the Dow’s 376-point gain.

OK, you probably get all of this as we’ve been living with Donald’s presidentially weird tweeting since November 2016, but have a look at the share price move since that election. It’s gone from around $18 to today’s price of $US 41.38, which is a 129% gain. And as this five-year chart shows, Twitter (TWTR) was a struggler pre-Trump bordering on a corporate loser.

Sure other things have helped Twitter, such as a better ad revenue strategy but hell they have got a free kick with Donald’s daily tweets, which have become a must read for market, economic and political watchers and they have become a source of both humour and horror for those committed to comedy and those powered by their hate for the strangest US President in living memory.

He is the world’s greatest influencer and imagine what he will be paid by huge companies after he finishes his ‘contract’ playing the US President? And what’s so unique about Donald is that he will use this period as the number one honcho in the world to make money out this role like no other US President has ever done.

Tom Murse of ThoughtCo in May this year reported that Bill Clinton gets about $US 750,000 a year on the speaking circuit and so imagine what Donald could rake in from his committed supporters.

With that likely runway for Donald, provided his diet and unhealthy-looking weight don’t get in the way, this guy will be good for Twitter, it’s popularity and share price as long as those fingers defy arthritis! Anyway, he could always dictate his tweets to one of his staff, so we will have Trump-tweets until he turns up his toes!

The power of his tweets were put on show overnight and I’m sure the management of Twitter will be voting for the big guy come November 2020. Forbes.com says work done by Jeffery Born at Northern University showed Trump tweets moved stocks on the day of the tweet but the impact fizzled out over the next three to five days. Other academic work confirms this short-term impact but I’d argue Twitter is unique because it gets presidential endorsement daily and it has become the world’s most looked to carrier pigeon of bite-size info at a time when the world seemingly hasn’t got time for or simply doesn’t want to read long and learned think pieces from really smart people.

Oh those were the days when we had time and intellectual inclination to read the thoughts of really intelligent thinkers. In case you are wondering, singer Katy Perry has most number of followers with 107.6 million followers with Barack Obama second with 106.7 million but I bet Donald at 12th, with 62.8 million followers, has the biggest influence as his tweets end up on the front pages of the Wall Street Journal, the Washington Post, The Times, The Financial Times and in every major news outlet in the world. That said, I’m not sure his tweets appear in Beijing News in their complete entirety!

Twitter as a company is becoming better at converting their large ‘customer’ base into potential income earners with innovative strategies to boost engagement.

The company’s latest innovation, announced via a tweet recently, will allow users to subscribe to replies to a particularly interesting tweet they want to follow, too, in order to see how the conversation progresses. The feature is designed to complement the existing notifications feature tweeters may have turned on for “must-follow” accounts.

And it’s improving its money collection too, with its most recent company report showing a 21% rise in revenue to $727 million for the second quarter.

The intriguing role that Twitter is playing nowadays is shown in this tweet from short-seller Jimmy Chanos, founder and managing Partner of Kynikos Associates, who also uses Twitter to influence markets: “So then tell me why Xi should not continue to wait out The World’s Greatest Negotiator, who keeps ‘dealing’ with himself?”

Undoubtedly, Donald will reply but the power of Twitter as a source of market influence looks likely to be a permanent growing thing. I can only hope a lot more intelligent and balanced tweeters come along in the future.

By the way, my views on Twitter can’t be seen as financial advice as I don’t know your personal circumstances. Take it as a tip that might or might not win, like a racehorse!