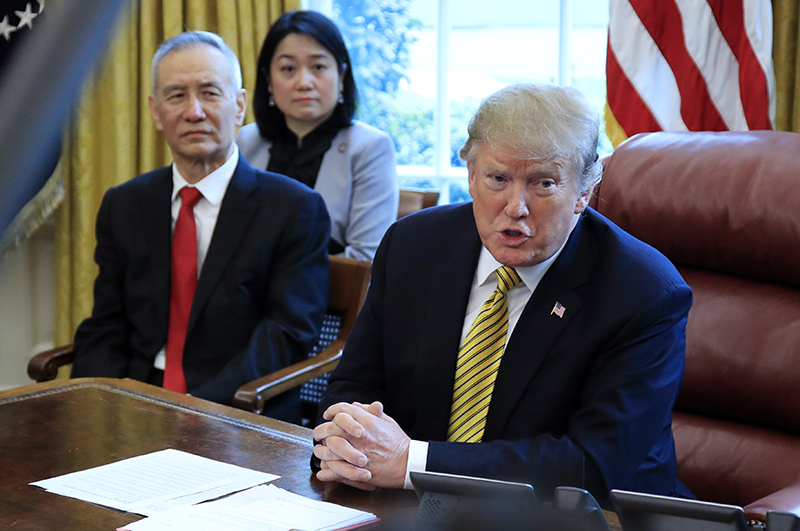 Donald: stop terrorizing China or the world will grind into recession

The chances of a worldwide recession shortened over the weekend and you can primarily blame one man — yep, it’s Donald Trump. Having to cope with Trump is becoming like the biblical trials of Job, who told Satan: “The Lord giveth, and the Lord taketh away!”

Donald has helped stocks go higher with his tax cuts, deregulation and spending, which have pushed up the US budget deficit to over a trillion dollars a year. He also pressured the US central bank i.e. the Fed, to railroad its planned interest rate rises late last year, which turned around the stock market. 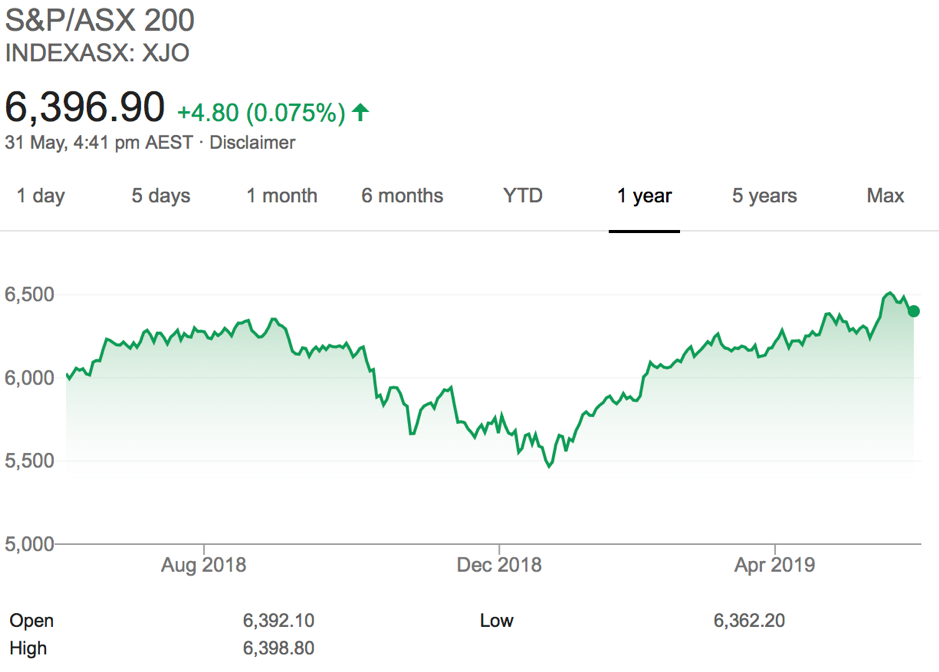 The chart above shows how stocks started climbing just before Christmas. This coincided with the Fed boss, Jerome Powell, telling us that his central bank would show patience on rate rises, which the market took as code that expected increases would be ruled out. Donald’s tweeting and bleating about rate rises had sunk through. And he was right, rates didn’t need to rise, with him as President all tooled up with a trade war!

Significantly, a part of that rise in stock prices was linked to Donald himself tweeting that a trade deal with China was close. The market loved that news. It was thought that by the end of March, the US and China would be trade buddies. But what Donald gave, he was now taking away.

Undoubtedly, this is what this legendary dealmaker is used to doing in beating up rivals, strongarming city councils and generally bullying enemies to get his way. Whether you like these sorts of tactics in business, it has wider implications when the world’s most powerful and influential politician plys his trade on the world stage called the global economy.

China’s refusal to be bullied is now threatening a worldwide recession. If we don’t see improvement in the US-China dialogue ASAP, stocks will slump again, like they did before they spiked pre-Christmas. The US chart for stocks was the mirror image of ours above. Two causes that took stocks on Wall Street down nearly 20% in the December quarter of 2018 were: the fear of rising interest rates and the concerns over Donald causing a global recession via his trade war.

What Donald has given, Donald can take away.

His weaponizing of tariffs could offset the ScoMo-led confidence recovery that is soon to be helped by an expected interest rate cut here tomorrow from the Reserve Bank, which will be helped by tax cuts, provided the current Parliament passes them before June 30.

But wait there’s more, and it’s not getting any better.

First, Donald has decided to slug Mexico with a 5% tariff on every product coming to the US by June 10, unless the Mexican Government takes action to stop “the illegal migration crisis…”. This is how Donald sees the ongoing  threat to the US and he wants the Mexican leadership to get serious about bringing the country’s drug lords to book.

In a recent statement, a US association of chief executive officers called the Business Roundtable, said that it would be a “grave error” to tax imports from Mexico. The group's leadership includes JP Morgan Chase's Jamie Dimon, Lockheed Martin's Marillyn Hewson and IBM's Ginni Rometty. “We urge the administration to engage constructively with our neighbors and allies to resolve trade, migration and security issues in ways that will benefit Americans, not cause economic damage.”

“Imposing tariffs on goods from Mexico is exactly the wrong move,” said Neil Bradley, chief policy officer for the US Chamber of Commerce, which calls itself the world's largest pro-business advocacy organisation. The costs “will be paid by American families and businesses without doing a thing to solve the very real problems at the border,” he added. (edition.cnn.com)

One thing you have to say about this US President is that he usually has some argument to justify some of his actions. Let’s face it, the Chinese have been unfair in their trade practices and the Mexicans are a joke how they tolerate their bandido drug criminals and their disinterest in their countrymen invading the USA.

Deep down, you want Donald to win on China and Mexico but he’s gambling with our wealth. Falling stocks and their impact on our super, the profitability of business, the creation of jobs and the growth of our economy all hit our economic and, ultimately, our social lives.

It got even worse over the weekend with the Chinese producing a White Paper outlining that Donald’s bullying tactics were politically insufferable, which told us that unless he starts cutting the Chinese some slack and starts engaging in negotiations more fairly, they would dig their heels in and the world faced the threat of a recession!

“The U.S. government bears responsibility for setbacks in trade talks”, chided the White Paper, adding that “the U.S. has imposed additional tariffs on Chinese goods that impede economic cooperation between the two countries and globally,” a report in techcrunch.com.au explained. “While it’s ‘common’ for both sides to propose ‘adjustments to the text and language’ in ongoing negotiations, the U.S. administration “kept changing its demands in more than ten rounds of negotiations,” the paper alleged.

Donald’s tactics don’t sit well with the Chinese leadership and these guys have hit back, threatening a blacklisting of major US companies.

Ominously (and it’s why Aussie stocks will fall today), the White Paper said implicitly that China doesn’t want a trade war with the US but it’s not afraid of one and will fight one if necessary.

These China trade war and Mexican standoff issues need a ‘rocket-boy’ kiss-and-make-up moment via a Trump negotiation or else the US President will create the global recession we didn’t have to have. And this time we will join the R-word club for the first time in 28 years!