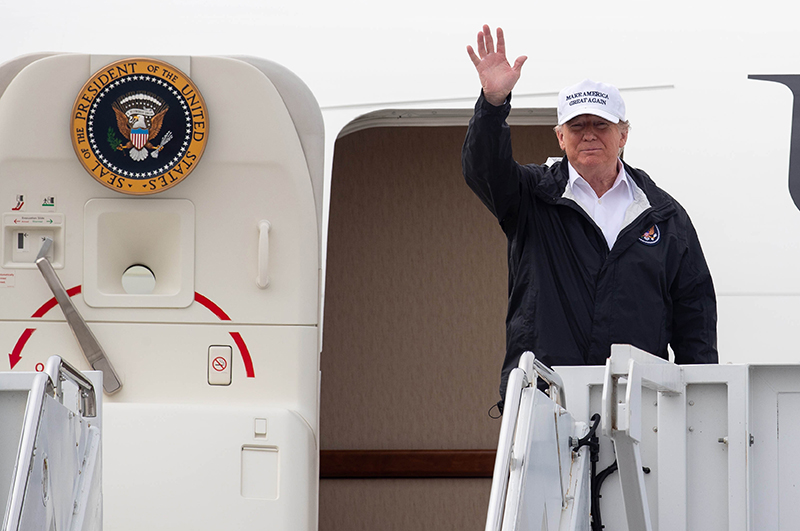 Donald and things to fear!

I was writing this as the UK politicians were voting on Brexit and what happens today on the local stock market could easily be affected by the result. And it comes at a time when there are too many international curve balls being thrown at both our economy and our stock market, so let’s assess how worried should we be?

In case international politics and economics is not your long suit let me list what could come back to bite you from OS:

• Donald Trump fails to get an acceptable trade deal from China.

• China slows down faster than expected and a failed trade deal could be the cause.

• Brexit throws the UK and EU into an economic pickle, which we can’t clearly understand because it has never happened before but it could easily spook stock markets, given what Grexit did!

• The US goes into recession this year.

• The EU goes into recession with Germany posting the worst growth numbers in five years.

• The US government is in shutdown mode because the President can’t get his $US5 billion for his Mexican wall — this is a real Mexican standoff!

Okay there’s the list, so now let’s evaluate how worried we should be and then how it could affect our personal bottom lines.

The trade deal between Donald Trump and Xi Jinping is crucial for the stock market and if an acceptable one results by the end of February — the deadline — then I expect a stock market surge. If none results then a share market sell-off is certain, however, I tip a deal happens.

Why? Well, Donald can’t afford a stock market crash and recession going into 2020, which will be his re-election year. Stock markets love certainty and I can’t imagine the US President gambling on a serious trade war, and fortunately China doesn’t need a continuing battle over tariffs.

It is already growing slower than expected and Beijing is taking steps to restimulate the economy, so it’s in China’s interest to come up with a deal. For our part, a slower growing China could hit our exports, and with the housing sector under pressure — both on the price and construction sides — we don’t want to see less demand from our most important trading partner. If growth slows more than expected then jobs growth would be curtailed and the unemployment rate could start rising.

This would be bad for the economy but also could force house prices down faster than I expect them to drop, given my more positive scenario for a trade deal and therefore Chinese growth.

We are a very interrelated world nowadays.

On Brexit, and the UK Parliament’s rejection of  Theresa May’s proposal, uncertainty reigns over the whole affair. The only positive from this impasse was the fact that Wall Street did not react negatively but it might take time before market experts can work out what companies in the UK and elsewhere will be negatively affected by this drama.

On the Fed and it’s likelihood that it will raise interest rates too fast this year, we’ve seen a number of key Fed officials, including the chairman, Jerome Powell, come out and promise patience when it comes to rate rises and the stock market loved these messages last week. Overnight, Kansas City Fed President Esther George said the Fed needs to pause when it comes to rate hikes and the market lapped that up, which means the US central bank is not looking like a threat to the economy and reduces the likelihood of a recession. In fact, Goldman Sachs has released its latest call on the US economy and while it saw a slowdown, it did not see a 2019 recession.

However, the boss of JPMorgan had a surprising view on the US Government shutdown saying it could really hurt first quarter growth.

"Someone estimated that if it goes on for the whole quarter, it can reduce growth to zero," Dimon told reporters on a media call to discuss fourth-quarter results. "We just have to deal with that. It's more of a political issue than anything else." (CNBC)

This maybe an exaggeration, given the stock market is taking this impasse in its stride but complacency can turn to panic and so we can’t ignore this potential threat to the stock market and our super fund balances.

And finally to the EU and the surprising revelation that Germany could be heading into a serious slowdown or even a recession!

Germany’s powerhouse economy grew at only 1.5% in 2018, compared with 2.2% in 2017 and this is the weakest rate of growth in five years. According to Reuters, the economics ministry blames a globally weaker economy, sales problems in the car industry as a result of tougher pollution standards and special effects including an outbreak of flu and strikes.

On the plus side, the European Central Bank’s Mario Draghi is onto the slowdown and is getting ready to bump up stimulus.

"A significant amount of monetary policy stimulus is still needed to support the further build-up of domestic price pressures and headline inflation developments over the medium term," Draghi said. (CNBC)

As you can see there are a damn lot of curve balls out there but it seems most of the key players holding the ‘bats’, except those in the UK, look positioned to hit these curve balls out of the ground!

And if you need more proof, note this from China: “Some analysts believe China could deliver 2 trillion yuan ($296.21 billion) worth of cuts in taxes and fees, and allow local governments to issue another 2 trillion yuan in special bonds largely used to fund key projects.” (CNBC)