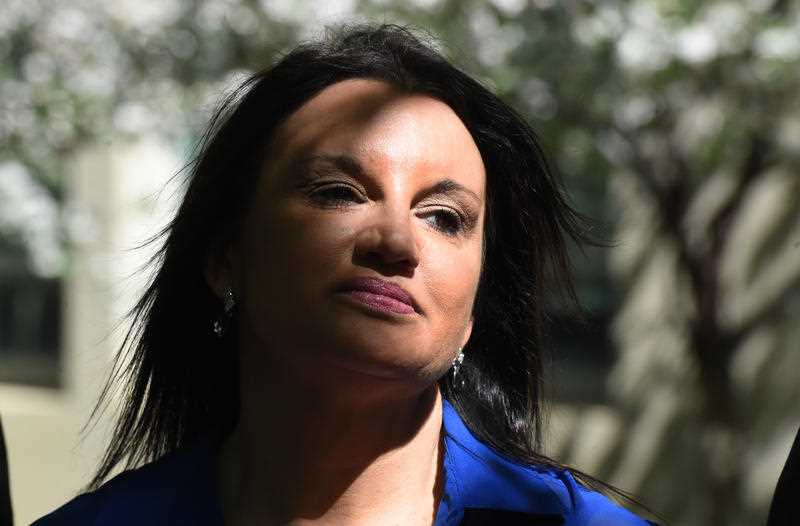 Do you really want to get rid of Jacqui Lambie with a double dissolution?

I never thought I’d say this but I hope that ragtag lot called the Senate crossbench can stay for another three or so years! And if they had any brains — and some unfair critics have doubted that when it comes to some of them —  then they’d give into the Prime Minister and pass his legislation to avoid a double dissolution.

Ironically, Jacqui Lambie, Glenn “the brick with eyes” Lazarus, Ricky Muir et al were once compared to the bar room scene in Star Wars. However, to be more precise, it was the fourth film and was called New Hope.

With Jacqui and the boys, some have suggested there is no hope. However, for someone like me, who doesn’t want the economy rattled by a long, confidence-killing election campaign now, just when it’s on a roll, they could be great, white hopes!

It’s an irony that if this odd ball Senate team doesn’t pass the registered organisations’ bill and the bill that put the old Australian Building and Construction Commission back in business, Malcolm will have the triggers to call a double dissolution election. This will put all Senators up for re-election and these guys, who got in on some dodgy, backroom preference deals, could be banished to the political dustbin forever.

On the other hand, if they pass the bills, they’ll have a good job for three and a bit years, as Senators have a six-year gig, unless a double dissolution comes along.

It seems so simple that you might be wondering why the Senatorial crossbenchers are opposing something that will keep their jobs alive for three years plus but that can be explained by the Government’s deal with the Greens to change the preferences system when voting for the Senate. This is aimed at avoiding another Star Wars Cantina scene — that’s the proper reference to that film clip — after a federal election.

So Jacqui and the boys are on death row, unless their individual appeal and recent history endears them to voters. Of course, some might need three more years to build up or to improve their image but being kicked out at a possible July 2 election should be making them all see the sense of giving into Malcolm.

Why do I care? It’s the economy, stupid, as Bill Clinton once reminded his critics.

The latest run of economic data has been largely good. Here, have a look:

This is the good stuff but there are some slowing signs in the housing sector and election campaigns can really hurt the property sector. Have a look at these slowing indicators:

This housing slowing from very high levels was orchestrated by APRA and the banks, with the support of the RBA but I’d hate to see it get out of hand because of too much negativity. And election campaigns bring doomsday predictions from desperate politicians and media commentators!

I loved this from the RBA’s Deputy Governor, Phil Lowe:

“So first to the Australian economy. Here, the main point to emphasize is the resilience of our economy and its ability to adjust”… “This picture of our economy adjusting reasonably well to the changed circumstances is also evident in a number of other indicators”.

Yep and I don’t want an early election being a possible confidence killer, just when our economy is looking good. What we need is a great, confidence-building Budget and if Scott and Malcolm can’t pull that off, then the Coalition might have pulled the wrong rein with their change of leader.

I want these guys to succeed, not for their sake but for ours! And I know we’ll be stuck with our Cantina Senators for three more years but I’m prepared to risk it for economic growth.