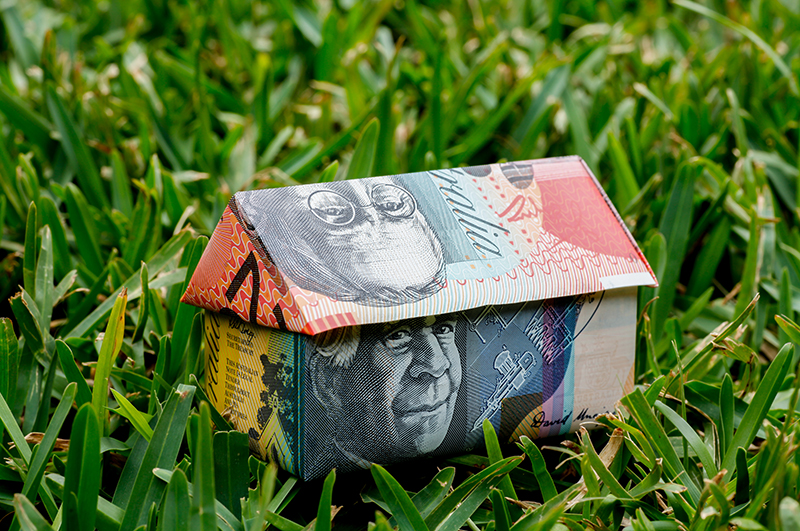 Do you have money problems? Blame yourself!

With interest rates set to be cut as early as Tuesday week, here’s a question I reckon that most homeowners can’t answer. If you can’t and you don’t do anything about it, then never complain about having money problems! At the heart of most Aussies hip pocket issues is not being underpaid. The heart of the problem is that a lot of Aussies have a cavalier approach to money or they suffer from DCA — a don’t care attitude.

But how can that be rational? It’s not. But it’s understandable because we have a lot of stuff stuffed into our lives — getting fit, bringing up kids, going to work, cleaning and maintaining the home, finding time for coffee and friends and watching Game of Thrones or Billions!

It doesn’t leave much time for making sure you don’t waste precious, relatively scarce money. And I nearly added to the problem by wasting your precious time by debating who should lead the Labor Party — the old-stager Anthony Albanese or the new boy, Jim Chalmers, who I think will be the future of the Party and who’s described as a “bogan with a PhD!”

However, given who I am, I couldn’t make you misuse your time. And even though it doesn’t take much time to put your money life in order, it’s a matter of priorities. And this is an important issue for me to spend time on.

The best and most successful businesses in the world (maybe ignore the product itself!) is McDonald’s. This is one of the most successful operations ever and it’s run by teenagers! Why? Because the systems to make a burger, satisfy a customer and so on, are so foolproof that they work in the USA, Thailand, Russia and even Afghanistan!

You need money systems to make your money life seamless, efficient and rewarding. A simple one many of us have used, especially as kids, was throwing coins in a jar to eventually cash it all in at the bank close to Christmas, or when you wanted to go to on a holiday or to a major event.

As we get older we need more high-level information to know what we should do and then we need to set some near-automatic process to get richer. Some might have a saving plan that sends part of their pay to a bank account used for buying shares. Others get their pay banked into the account linked to their mortgage to crush interest repayments over time but also to have access to redraw money if needed.

If that’s not you, well, then you’re a trouble to yourself and probably a burden to others.

So here’s a test you should challenge yourself with if you have a home loan: what is the interest rate on your home loan and, more importantly, what is the comparison rate of interest?

This comparison rate is the real rate you pay as it’s the advertised or headline rate, which is used to get you in, but then lenders wack on fees and charges to take the real cost of a loan higher. That’s why I asked you what your comparison rate is.

Let’s try to give you a hip pocket reason to know your comparison rate.

The lowest variable rate home loan on the ratecity.com.au website was loans.com.au’s online product at 3.48% but even here the comparison rate was 3.5%.

If you went to the ANZ website for a standard variable home loan, the rate is 5.36% with a comparison rate of 5.46%. I think if you compare this sentence with the one above it, it shows why you should go to comparison websites such as ratecity.com.au and finder.com.au to make sure you’re not overpaying and killing your chances of ever getting rich!

Even ME Bank, which hailed out of the union movement, has some tricky interest rate products. Its 3-year fixed rate home loan (called a Flexible Loan) has a headline rate of a great 3.58% but the comparison rate is, wait for it, 4.26%! A RAMS 2-year fixed rate loan goes from 3.59% to a huge 5.17%. So it pays to be organized, researched and systems-oriented when it comes to loans and your money.

I reckon millions of Aussies are paying too much on their home loans, credit cards and other loans. They’re in the wrong super fund that underperforms and overcharges. They shop in places that are too expensive. Through poor money management they could be kissing goodbye half a million dollars over their working life because they’re money disorganised and living their lives in money chaos, bereft of systems.

I reckon if we treated our money lives like a business, we’d be on top of our expenses and we’d think about how we maximized our revenue daily. Money in your bank account, purse or wallet not only makes your life richer, you can make the lives of the people you love richer.

Apart from being able to help the ones you care for, when you don’t have money worries, you’re generally in a better headspace so you can be a really positive force not just in your own life but in the lives of others.

This is the question you have to ask: “Should I really be kissing goodbye half a million dollars because I have DCA about money and the good it might bring to me and the others I care about?”

I hope I make you feel guilty.