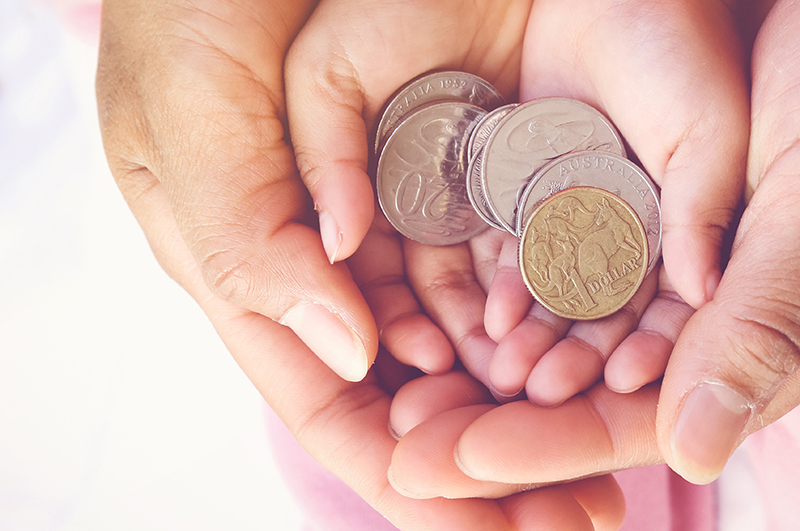 Do you and your kids want to be financially independent?

I was recently asked to talk about my book Join the Rich Club on the Today Show on Nine and the producer shot me a few questions that clearly were the money issues that were grabbing her.

I think a lot of people are provoked by my book’s cover tagline that says “I’ve been rich. I’ve been poor. Rich is better!”

I’d love to say I made that up but Billy Connolly used it in an ING commercial many years ago and he got that great line from the US comedian, Sophie Tucker. Being entertainers, I’m sure Billy and Sophie have been both rich and poor and I certainly didn’t start my life in a rich family.

Given the producer was younger than me, I thought I’d answer her questions on the basis that she might represent a lot of other Aussies out there who have decided that rich is better than poor!

Q. Who did you write the book for?

Undoubtedly, it was for anyone who knows they don’t know enough about building wealth. Many years ago before I lectured economics at the University of NSW, I taught maths at Waverley College in Sydney (along with economics). I quickly learnt if students didn’t get a step in maths, they switched off and fell further and further behind.

Money information can stump people so they turn off. In doing so they increase the chance of being poorer and decrease the chances of being richer via investing. They can work hard and smart to get rich but unless they change, they’ll need to get others to help them build their wealth.

I also wrote the book so young people can become money independent. In doing so, the book might help parents close down their personal branch of the bank of mum and dad! Some reports say it’s the 5th biggest bank in Australia, while others say it’s the 9th. We do know that in June 2018, Digital Analytics found that 60% of new buyers were borrowing money from their parents! I’d love my book to change that.

Q. What are the top tips someone can learn from this book? This is TV and they love these ‘get rich in a minute’ questions so I will try:

a. Change you and commit to getting richer.

b. Do a budget to see where you earn income and spend it.

And if this person kept saving the $2,000 up to 65, he/she ends up with a million. Gotta learn to get rich while you’re sleeping!

Q. On what can we learn about stock market strategies?

Here you have to learn stuff, read books, go to websites like my Switzer Report and ones like it. Read books on Warren Buffett and other great investors.

If you’re not in the market now, this could be a tricky phase for a novice so I’d save, wait and invest when the stock market crashes, so you can buy great companies at bargain basement prices when everyone else is panicking.

Q. Is it possible for someone who knows nothing about the stock market to get involved successfully?

A. Yes, you simply sign up for an online stockbroker like Nabtrade or CommSec. My book shows it takes less than 10 minutes. I got a young guy in my office to be a guinea pig to prove it. If I was a novice, I’d buy an exchange traded fund (or ETF). Stocks and things like ETFs have a ticker code and there are ETFs that give you all 200 stocks in the index for the stock market called the S&P/ASX 200.

The funds in question have the codes IOZ, STM, A200 and there’s VAS, which has the top 300 companies on the stock market in it.

Q. How will changes in compulsory super impact Australians?

The increase of compulsory super from 9.5% to 12%, if it happens, will make Australians richer when they retire but it will make it harder for people out of the property market to get into it. Older generations are often said to have had an easier time acquiring valuable properties but most of these people missed out on 35 years of compulsory super, so they retired asset rich but cash poor.

Younger generations will be cash rich via super but they might find it a lot harder to own properties if they lose another 2.5% of their pay to super.

The bottom line from my book is this: if you want to get richer, you have to commit to changing yourself and your attitude to money. If you don’t have the lowest interest rate home loan and credit card, and you’re not in the cheapest and best returning super fund, then you really aren’t committed to getting richer.

This is how Rod McGeogh put it when he was trying to get the 2000 Olympics for Sydney. I asked him how he was going to make it happen? He said you have to be like a pig! “With bacon and eggs, the chook is involved but the pig is committed!”