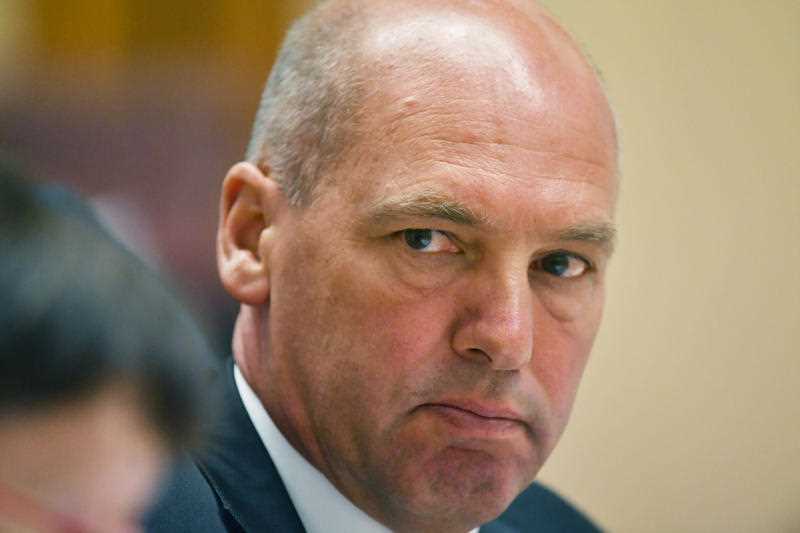 Do we have the dopiest politicians in the world?

Excuse my rudeness but another dopey politician has just worked out he’s not eligible to sit in our Parliament. This guy has the lofty title of Senate President but Stephen Parry has just limply put up his hand, after all this time of Canberra’s inquisition into who is or who isn’t a foreigner, and told us he could be a blow in from overseas.

All this rank dumbness from the people who are our leaders has to raise questions about the calibre of our politicians. They look like a prize group of nincompoops so I ask whether they could learn something from the best in breed from the world of business.

Sure, I know business leaders don’t always get it right — look at Donald Trump’s performances even before he was US President. On the flipside, however, look at the professionalism of the likes of Apple’s Steve Jobs, Virgin’s Richard Branson, Hancock Prospecting’s Gina Rinehart and Amazon’s Jeff Bezos.

You might not like what they do — a bit like being a Labor supporter and assessing Malcolm Turnbull — but you have to look at their scoreboard, which is their profits and share price, and wonder how come they’re so good and our politicians are so second rate?

By the way, I don’t think all pollies are hopeless but we have too many whose commitment to being a great politician borders on, no, is second-rate!

After the likes of Barnaby Joyce was found out for being a Kiwi on the side, wouldn’t you have thought that every politician with a mum or dad who spoke with an accent or who talked about their time in the old country, would’ve have thought: “Under these stupid Aussie rules, am I a foreigner?”

It’s either incredulous or they’re plainly dopes of the first order, who should be shown the door out of Canberra.

Let me give you some standout characteristics of some great business performers and then use these to assess our current crop of so-called representatives.

Steve Jobs, who was a pretty prickly person and might never have passed the test for human of the year, really loved and was committed to Apple.

Experts who assessed him drew attention to the fact that he was “fanatically opposed to second rate-ness” and get this, “he had a relentless and passionate commitment to what customers wanted.”

Can you name many pollies who could pass the Jobs test?

Over the years, I’ve interviewed Sir Richard Branson and read some of his books and here is how I’ve summed up his winning character:

The greats of business are clearly committed to their ‘jobs’ and their critical roles, as well as their customers.

Our politicians seldom treat us as customers, instead using ‘divide and rule’ tactics when the best politicians of our time, like Bob Hawke, used words like “bringing us together in the spirit of cooperation” rather than trying to set Aussie against Aussie.

If our politicians weren’t second rate, they would know us better and would be able to talk to us and get through. They would exude professionalism and be first rate , which would then work through into the national psyche, and then consumer confidence, which would be a plus for the economy.

This silly ‘foreigners in Parliament’ pickle our politicians find themselves in hurts the economy, foreign investment and even local business decisions.

Our crappy, second-rate pollies are effectively a threat to the economy, jobs and national happiness. My only concern is that I’m not inspired by either side of Parliament and few of the Independents.