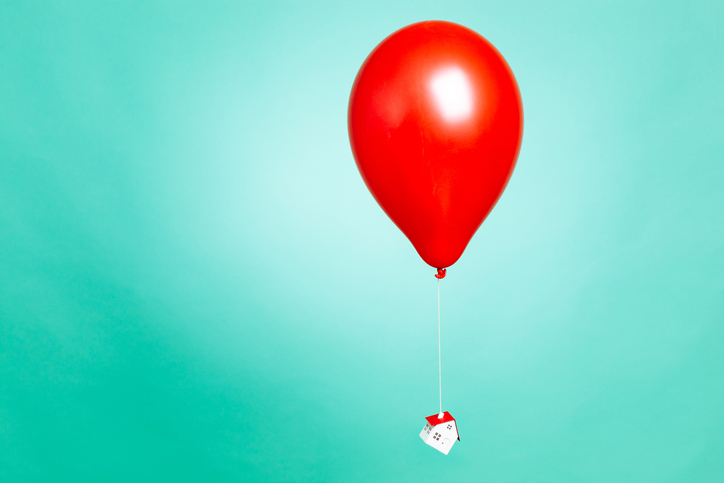 Try this as a headline: Experts wrong on house price bubble collapse! Sure, it’s possibly a wrong warning but, then again, it could be right. And at least this one comes from an international expert on debt, the economy and the future — Moody’s!

Yep, you all know Moody’s — the debt ratings agency. And when they get negative, really worryingly negative, media outlets break their necks to scare the pants off us.

To its credit, this morning The Age gave prominence to the revealing story with the headline: Australian property prices forecast to fall then stagnate: Moody's.

At a time when most stories focus on the craziness of Sydney and Melbourne house price rises, the expert agency that looks at the threat of debt to the economic health of countries, industries, companies, etc. has given a pretty measured view of the year or so ahead for the price of property.

This contrasts with the alarmist view that accepts, without dispute, that there is a housing bubble, that apartment prices in Melbourne are about to collapse, Brisbane’s apartment problem is worse, that bank balance sheets will be corrupted by silly loans to crazy customers and get ready for economic Armageddon!

This is the kind of story propagated by a foreign economist a year ago. Later, it was argued that he was working with a hedge fund that was trying to take bank share prices down. There was no clear proof of this but it looked really dodgy. And it certainly attracted the attention of many headline hungry media businesses at the time.

Then along comes Moody’s. In its time, Moody’s has been an accessory before the fact to market maddening headlines that have caused a fair bit of angst, anxiety and angina for politicians, company leaders and anyone in serious debt.

This time, however, the story seems measured, which might mean it could be their true view! To be fair, they also could be wrong. However, I think there is some value in acknowledging their position, just in case they are right and we don’t have to spook homeowners in our two biggest capital cities.

Remember, scared consumers spend less, which hurts job creation and business investment. This, in turn, might just create the slowdown or recession that would really make former excessive house price purchases the basis for a real economic problem for those borrowers and, ultimately, the economy!

So what did Moody’s tell us?

I love this simple sentence from The Age: “Moody's doesn't expect steep price falls in Sydney, but said prices there will be stagnate until 2020.”

What I like about this overall Moody’s view on our too-hot-to-handle housing market is that it’s not excessive fear mongering. It’s just their best guess on the future. And hey, it’s not as scary as some would have us believe.

I think it reinforces the view that the overall economic outlook for the global economy, and then our economy, is pretty good.

If this happens to be right and unemployment doesn’t go sky high in the next few years, then a lot of the people who paid silly prices for their homes will make their monthly repayments to the bank. And as long as they don’t read the property pages and websites, they might not know that their home’s value is going nowhere, for a while!

That’s what happens when you buy at the top of a market.