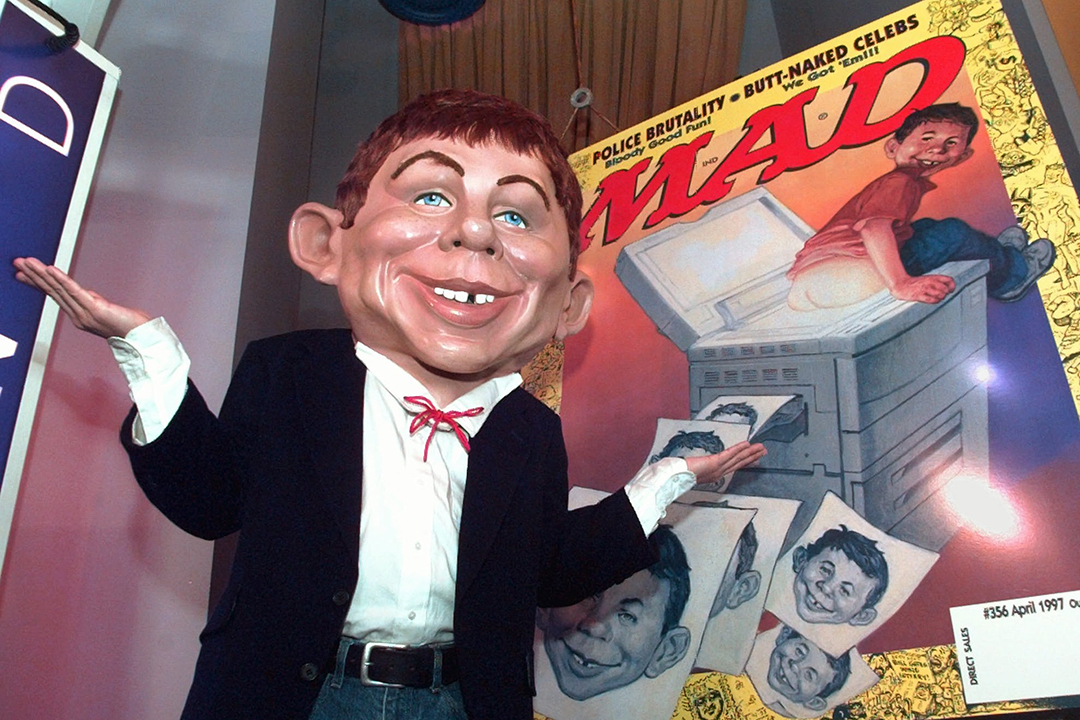 Don’t get me wrong, people/politicians know what has to be done to help our veterans and it involves money, provision of services and caring about the Aussies who did a job most of us would be too afraid to do. The same goes for those heroes who voluntarily fight bushfires — they need to be respected, rewarded and looked after, if they suffer injury and their families are tragically affected.

At the moment, Josh Frydenberg reminds me of that old Irish joke, what’s an Irish minesweeper? He’s a guy tip-toeing through a minefield with his fingers in his ears! (Don’t worry I can do Irish jokes because I’m of Irish descent — there was once a famous department store in Dublin called Switzers, to be sure, to be sure, to be sure.)

Josh is avoiding fiscal stimulation, such as tax cuts, instead hoping to high heaven that interest rate cuts will kickstart the economy. So I surveyed some of Australia’s most respected economists to see if I’m being too harsh comparing Josh to MAD’s Alfred E. Neuman, who’s famous for his “What? Me worried?”

Earlier in the week, Westpac’s chief economist and the CBA’s Gareth Aird both suggested, respectfully, that tax cuts are needed to turn around the economy. And my survey shows they are not alone!

Here’s the group I surveyed with their answers to the question: “Should the Treasurer cut taxes to boost the economy?”

John Hewson, ANU: I think he would’ve liked to have said yes and while he argued that the economy needs stimulus, he said tax cuts would hurt the Budget.

Here’s what the well-qualified experts told me in more detail:

• Alan Langford: “I think there is a strong case for fiscal policy to give monetary policy a bit of help in arresting the slowing in the household consumption that accounts for 55 per cent of GDP.”

• Paul Bloxham: “Bringing forward the tax cuts would make a lot of sense. Monetary policy is reaching its limits and support for growth should now be delivered using fiscal policy. The main objection would be that the planned Budget Surplus would have to be delayedbut the Budget Surplus is a political, rather than an economic imperative. Loosening the fiscal settings makes a whole lot of sense at the moment and bringing forward the tax cuts would be a good way to do this.”

• Sarah Hunter’s reply was tax cuts along with other fiscal stimulations are a sound idea. Her full view can be seen in my interview with her on Switzer TV Property, last night.

• Ryan Felsman: “I think that an easing in fiscal policy – combined personal income tax cuts and infrastructure spending – would be more effective in boosting consumer and business sentiment rather than further interest rate cuts.”

• Warren Hogan: “He [Josh] should cut taxes for the simple reason that it will give people a cash flow boost which will be very positive for confidence. Confidence and uncertainty are the main obstacles to a pickup in domestic spending and this would go a long way to helping allay concerns hanging around at present. It is also an active demonstration of the strength of the Government’s finances, that is, they can afford to provide a tax cut.”

John Hewson wouldn’t bluntly say “give ‘em tax cuts” but he wants fiscal stimulation. This is what he said: “The Government has a problem in that they can’t really afford the legislated cuts, and now there is real pressure to find extra money for drought, aged care etc. However, the economy is flat and needs stimulus but they will persist with the Budget Surplus at all costs.”

You don’t have to be Terry McCrann or Ross Gittins to work out what economists think, and so you have to suspect that it is politics, more than economics, that is driving the Government’s stubbornness on fiscal stimulation.

Rate cuts will work but they take time and looking at how negative interest rates have failed OS, you’d have to say that very low rates spook people and it stops them from buying stuff and investing in their businesses.

Josh needs to get on the front foot and start telling us that our economy is on the comeback trail and he’s going to give it an extra boost with tax cuts, money for drought-stricken farmers and much greater support for people like our veterans.

By the way, this story above explains why I never get invited to shindigs at the Lodge from either side of politics. The economy and the people who live in it, who work in it and who try to grow it are my prime concerns.