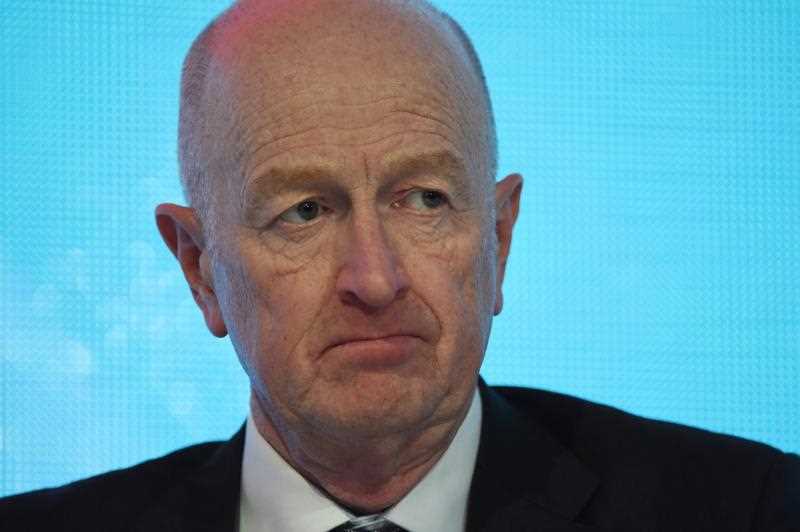 With the Reserve Bank having decided to leave rates on hold, after months of being a total supporter of the RBA’s efforts, I have to say: “Not happy Glenn, not happy!”

The only way I can forgive Governor Glenn Stevens, who ultimately has a big impact on the Board that makes the rates decision, is if our stock market can keep on rising to the end of the year. However, if it fails to behave as positively as Wall Street, then I’ll have to pose the question: “Is our internationally high official cash rate and its impact on our other rates of interest holding back our stock market?”

The Yanks’ Federal Reserve has always shown a lot more sensitivity to Wall Street and how stock markets will react to their decisions. I think the September wimp out by the US central bank (when it didn’t raise rates) was linked to China concerns and what it could do to the stock market.

In contrast, our RBA has shown me little evidence that it cares about the stock market, its effects on consumer and business confidence, as well as its impact on economic growth.

On the other hand, we went from a closing low of 3166 to where we are now around 5239, which means we have seen a 65% gain. Adding dividends (where ours are higher than the Yanks) and franking credits (which they don’t get), and we’re well over 100% up. However, our overall stock market response has been pretty disappointing.

Sure, the mining boom didn’t help but our dividend boom did assist but one big difference has been our interest rate policy. Don’t get me wrong: I like our economy being internationally better than most hopeless economies and our interest rates partly show that. However, I think there has been a bullheaded reluctance to cut rates, which I put down to Glenn’s very, no, too conservative nature.

Contango Asset Management’s George Boubouras, who’s not a bank basher, thinks we need a cut or two and that will help stock prices. As an economist, I think lower rates are more likely to bring growth than kill it so I’m worried about the banks’ decisions to raise rates later this month.

I think the RBA was happy to keep rates on hold into 2016 and, when growth spiked, they’d possibly raise rates at the end of next year. But the banks have added a curve ball to their goal to hit the economy into the 3% growth band from the 2% band we’re in now.

And don’t forget this: there are economists who think we could slow down to the 1% band, while some doomsday merchants think a recession is coming!

I think we’re a chance to creep into the 3% band by the second-half of next year but this premature bank interest rate rise is no help to growth.

It could help bank stocks but these would be even helped more if we grew over 3% creating better profits, more jobs and a lot more deposits in the vaults of banks, which then would get lent out!

Now the RBA said it likes the economic growth it was expecting for the September quarter. It probably likes the apparent Turnbull “turn on” effect for the economy, with even the latest MYOB survey of small business giving the new PM a confidence thumbs up, but bank created rate rises are now a risk.

And that’s what Glenn is prepared to take — he will risk a slower economy, linked to the upcoming bank rate rises, and seems totally uncaring about what the stock market will do, with rising rates and a higher than expected dollar because of the higher rates.

The US stock market positivity is because US investors don’t expect a rate rise there until 2016. That’s despite the fact that their economy is growing faster than ours!

We also have lower than expected inflation that should have seen us get a rate cut on the strength or weakness of that. But again, no cigar from Glenn and his mates.

I hope he’s right and our economy is getting stronger and I hope the banks’ rate rise won’t hurt our recovery. If he’s wrong and cuts rates in December or next year, then I’ll find it hard not to call him a slow learner (or something even more offensive).

Why so rude? It’s simple. This job running interest rates is important — people’s businesses, jobs and wealth depend on the RBA’s brilliance with policy decisions.

I’m not mad as hell, (like I was when Glenn’s mates kept rates too high for too long, which has partly explained why our economy has been so sluggish for a couple of years), but I’m not happy at yesterday’s efforts before the Cup.

By the way, the experts say it was one of the slowest run Cups in ages and explains why Prince of Penzance won, with backmarker champions such as Fame Game unable to run home fast enough to beat the upfronters, who had plenty of gas in the tank as the winning post loomed.

Good on you Michelle Payne but your male rivals were like Glenn Stevens — a bit slow!