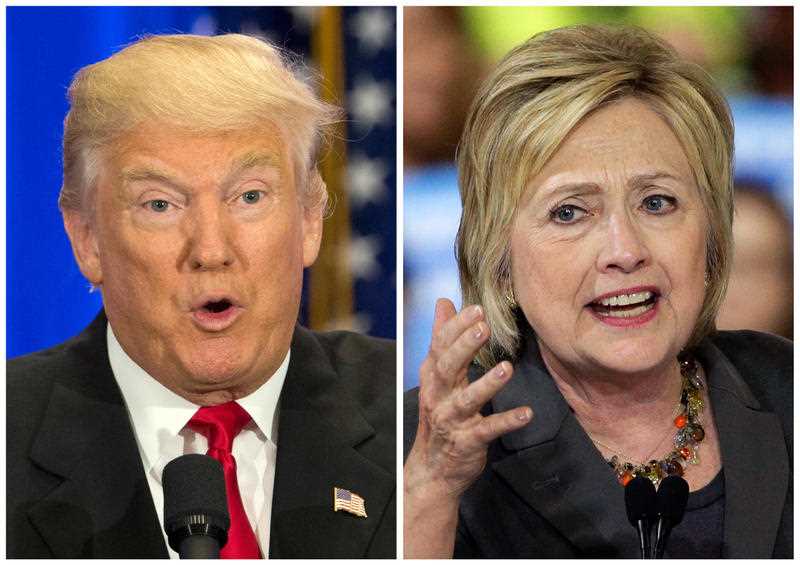 Crazy things and crazies that could hurt stocks short term!

Despite what you see and hear from the media, the outlook for our economy over the next year or two is OK to pretty good. If you don’t believe me, check out my interview with Deloitte Access Economics' Chris Richardson last night. Chris has never been described as a perma-bull, as some unfair critics have labelled me!

On stocks, if the reliable market predictor, Morgans chief economist Michael Knox, is again on the money, then stocks should keep on creeping up over the next year, or even longer. You seldom get this longer, average view. Instead, the media feeds you short-term scary stuff.

And I’m going to join the fear feeding frenzy by looking at the crazy and the crazies, who could be negative for stocks in the short term. However, I suspect none of these will be longer-term negatives for our stocks portfolios and super funds, which are heavily linked to the big swings in stock markets.

First up are the presidential debates between crazy Donald Trump and underwhelming Hillary Clinton. And recent history tells us debating isn’t good for stocks, with the revelation that since 2000, the Dow has been down 83% of the time after a Presidential debate and there’s one on Monday. The Dow’s average loss is 1.5%. Getting in early, the Dow Jones index was off around 160 points this morning in anticipation of the debate!

Second, the crazy fraternity in OPEC and non-OPEC oil producing countries, such as Russia and Iran, are meeting in Algiers now and the challenge for them is to agree on a production cut or controls to help push their price up. I know this sounds crazy but a low share price actually hurts stock markets. If they can’t agree, share prices will fall.

I know lower oil prices should decrease costs and help growth and profits but the fall in investment from oil-related companies and their suppliers actually hurts growth and share prices, as we saw over 2015 and in early 2016. Trust me, it sounds screwy but it’s right.

Third, there’s an Italian referendum (there wasn’t even a date for it yesterday) on December 4. AFP says: “The proposed reforms — deemed the most important in Italy since World War II — would streamline parliament and the electoral system in the hope of bringing the country badly-needed political stability. But the vote is shaping up as a referendum on Renzi's two-and-a-half years in office.”

Believe it or not, the referendum tries to unwind laws put in place to stop fascism ever coming again to Italy, but the whole issue has seen the PM, Matteo Renzi, put his job on the line, like David Cameron. However he seems to be wriggling away from that recently. This is seen as another threat to the European Union and if Renzi (an EU guy), loses, stock markets would be rattled.

Fourth, there is the US election on November 8 and right now, pre-debates, Trump is on the comeback trail, poll-wise. Allan Lictman, a respected professor of history at American University, created his “13 Keys to the White House” more than 30 years ago and he’s been right since 1984. He says Trump will win!

Master Feng, a feng shui master has also been making predictions based on the energy he detects from presidential aspirants. And he’s been right for 18 years and says Trump! Feng has become a friend but I hope his energy readings have gone haywire this time!

A Trump victory will rattle stock markets because he’s not seen as a reliable and safe pair of hands, despite the checks and balances of the US political system.

Fifth, the election will run ahead of the December interest rate decision by the Fed and this too could spook stock markets.

I’m sure there will be some surprise crazy appearances by other co-stars in the drama, which is world economics and politics but these are the crazy events that are bound to be market movers between now and the end of the year.

But have no fear. Aside from the oil meeting, which could have a more enduring impact on stock prices, I’m bound to take any post crazy market hiccup and call it a buying opportunity.