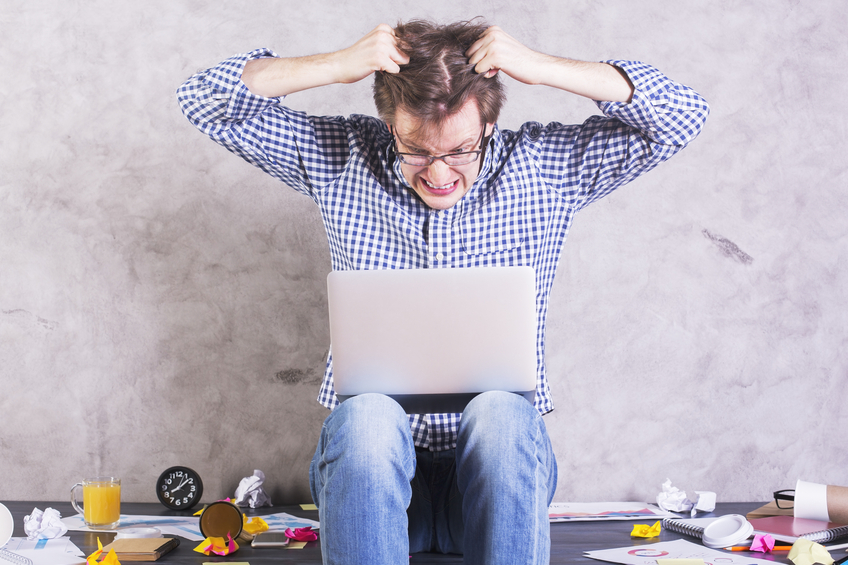 Crazy, stupid stocks going down. No worries, yet!

Stand by for a day that could be pretty negative for our stocks and super. But don’t worry, it’s not serious, even if some media outlet calculates how many billions were wiped off shares over the day. Whatever happens, it will only just be another strange day in the crazy, stupid love affair we have with stocks.

With my business, this website, the Switzer Super Report (which tips stocks for super/SMSF investors), a TV show and now a radio show, (which starts today on 2UE from 4-5pm Monday to Thursday), I’m addicted to stocks and stock markets.

Normal people could love the thrill of playing stocks like playing the horses or the casino, while others know quality stocks played over the long term are great wealth builders. This group knows they can make money, but also knows you can lose a lot as well as make a lot. This is why I call the whole relationship crazy, stupid love.

Others are kind of close to stocks, if they respect what their super can do for their future life because of the compounding interest effect that creates these nice nest eggs for retirement. Super’s nice growth comes from stocks, which, if selected wisely, can deliver 10% per annum over 10 years, despite two or three ordinary, or even scary years.

Super players have a crazy, stupid love affair with stocks and it’s particularly crazy because many of them don't know how related to the stock market they are via their super and what it ultimately does for them in their future. Super is heavily dependent on stocks so if you love your super, you love stocks.

Anyway, now that I’ve shown the importance of stocks, get prepared for another crazy, stupid day. The immediate reason is that the Dow Jones index dropped 394 points (or 2.13%) and that’s a big slide that won’t be easily ignored by the local market.

The crazy bit about this story is that it was based on pure speculation, after a Fed voting member on the US central bank’s interest rate committee implied that a September interest rate rise could be on the cards.

Making matters worse, another voting member, Governor Lael Brainard, was penciled in for an unexpected speech on Monday and this worried some market players that there could be a softening up process in train to get everyone ready for a September rate rise.

Now what you have to understand is that while the likes of Barclays and Goldman Sachs were tipping a September rise, the majority market view of economists is that it will happen in December. Some outliers think it’s going to be a 2017 thing. I’m a December guy, and until I hear some more Fed comments and see some more data, that’s what I’ll remain.

December should be the perfect time to raise interest rates for the Yanks, because September and October can be negative ones for stocks. There are important central bank meetings worldwide in coming weeks and months, as well as a huge oil meeting of OPEC and non-OPEC members, which could help or spook stocks, as the price of oil is a big market-mover.

Also, US economic data has been generally good, but also generally not as good as many expected. This means waiting a couple of months might show us a trend about how the US economy is going, which I think is in the pretty good category.

Finally, with Donald Trump becoming relatively more popular again, the Fed might like to see who wins the early November election before moving on rates.

Imagine if the Fed hikes in September and the stock market gets spooked and reacts like it did with the mere hint of a rate rise last Friday. And then Donald trumps Hillary Clinton and the stock market is spooked again! Double spooking in the space of two-three months might undo a lot of the confidence rebuild that explained why our stock market has rebounded 13.4% since 10 February. If you throw in dividends, we’re talking around 16%!

Over that same time, US stock markets hit all-time highs so they could easily grind higher on sensible Fed decisions or sell off big time on untimely, crazy, stupid decisions.

Today, I expect our market will slide significantly because ‘US rates up’ talk takes the greenback up, commodity prices down, which hurts the likes of BHP’s and Rio’s share prices and our dollar falls.

This is all crazy, stupid stuff, all created by crazy, stupid speculation by one voting member of the Fed, who hinted that a rate rise might be sooner rather than later and the surprise scheduling of a speech by another Fed member.

They seem like crazy, stupid reasons for billions of dollars to be wiped off shares but that is the crazy, stupid world of money. With a certain sense of guilt, I have to admit, I love it!