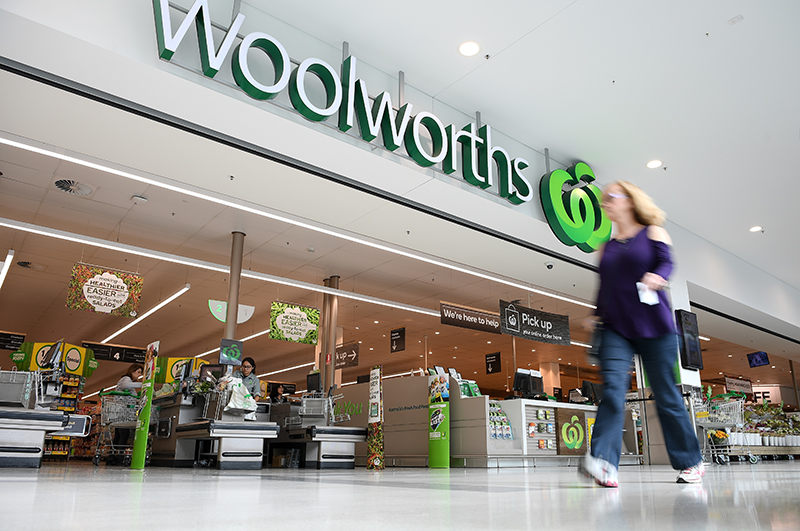 Could Woolies be owned by the Yanks?

This is nothing more than speculation but Americans might one day own Woolies and then they might sell it to more Americans. Just as we are putting our money on China helping us to create a dining boom to replace the petering out mining boom, we could be losing our “fresh food people” to the Yanks!

Of course, at the moment, I’m only talking about smoke but as the old saying goes — ‘where there’s smoke, there’s fire”. Fueling that fire is a falling Oz dollar and a rising greenback, which makes local assets pretty damn attractive to swashbuckling corporate raiders.

And you can’t get more ‘pirate-ish’ than private equity firms TPG and Blackstone, which hail from the US. These guys were named in an AFR story, suggesting they could pal up to buy Big W, which has become the third biggest problem for Woolworths. The second is its Masters hardware business, which has the hopeless tag on it and even the galah at the local pet shop holds this view!

The fourth biggest problem is the threat Aldi, Costco and the huge improvement to Coles but the biggest problem has been the board and management, which has shown itself to be worse than hopeless!

This seems strange because they all used to be great. Even within a struggling business, Dan Murphy’s has been extraordinarily successful and its former head, Brad Banducci, had a lot to do with that. Brad has been shifted to run supermarkets but the problem with Woolies remains — it has no CEO! No leader!

But wait, there’s more, with one of Geoff Wilson’s lieutenants at Wilson Asset Management speculating on the Sky News Business Channel that TPG and Blackstone might go after the whole Woolworths business, break it up, sell off some divisions and sell the great bits to none other than Walmart!

So it would be Yanks selling to Yanks. The plot thickened in the afternoon when we learnt that Woolworths had appointed ex-CEO Roger Corbett as an adviser. This is a great move but one that adds to speculation that the Yanks are coming.

Not only did Roger use the Walmart business model to build up Woolies (yes, the idea of burying milk at the back of the store to make you pass by everything else in the supermarket was straight from Walmart 101), he has served on the Walmart Board of Directors as part of the Strategic Planning and Finance committee.

Now this could be a coincidence or, then again, it might not. The bottom line is, however, that either the Yanks and Corbett are coming to rescue Woolworths and while it could be bad for Australia’s ownership of good assets, even if it’s struggling temporarily, it’s probably great news for shareholders, who could see the share price spike to $30 plus if the private equity buccaneers go after the whole company.

The Wilson guy made the point to Sky that takeover offers often come with a 30% premium of current share prices, which would take the share price to $31!

This probably shows us WOW shareholders what the current management second-raters are costing us at the moment. And remember, these pirates of private equity will pay that kind of price and make a huge profit when they improve the asset and sell it again!

If this speculation comes to nothing, then at least we have Roger on the comeback trail. I really hope he gets retail in this new age. I really do because the current mob really need help.