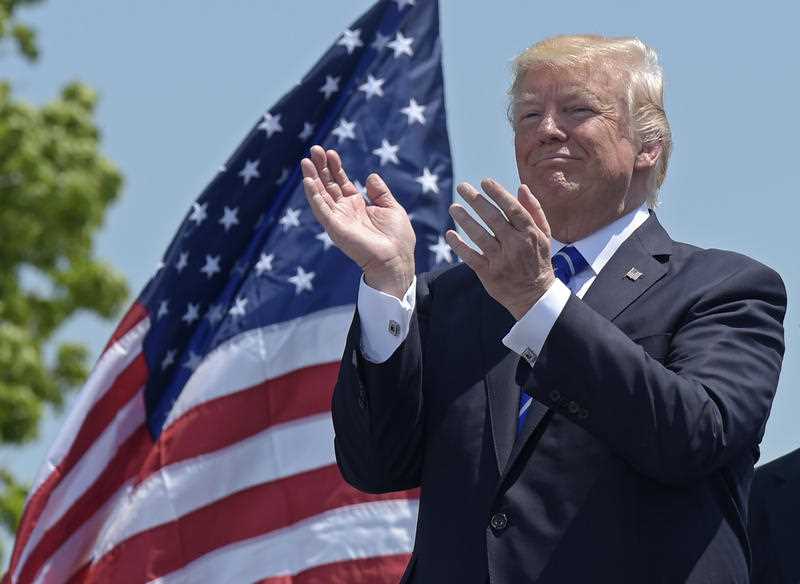 Could Trump KO your super returns?

What did yesterday’s Trump trade reversal teach us? In case you missed it, Donald’s dunce hat actions over his FBI boss and mouthing off with his Russian ‘drinking buddies’ has raised questions about his longevity in the job and the Dow Jones Index gave up 372 points.

Make no bones about it, what we saw was a Trump slump and if he doesn’t lift his game, he will cancel out a big chunk of the 10% plus gain we’ve seen in stocks since his surprise win in November last year.

Yesterday I talked to Doug Wead, the author of a new book called A Game of Thorns that looked at the pre-election battle between Hillary Clinton and Donald Trump. Doug argues it had all of the intrigue, drama, double-crossing and downright disgusting actions of the TV show of a similar name and the loser gave as good or as bad as she got!

He believes Trump is in dangerous waters but thinks impeachment will be harder to pull off because the Republicans are unlikely to play that card, unless the case against the President gets worse.

Doug has advised both George Bush Snr and Jnr and knows his way around Washington DC.

The market’s negative reaction was looking at the current distractions and the fact that some Republicans are speaking out against Trump’s actions, which could easily delay or even derail the tax reform program’s progress through the Congress.

That said, there could be those who might be thinking that if Donald lost his gig, Vice-President Pence does look like a safer pair of hands for the world’s top political job. Arguably, he could still advance the policies of lower taxes, less regulation and infrastructure projects, such as the Great Wall of Mexico!

Happily, the Dow was up 55 points today and while you can’t argue “all is forgiven and let’s move on”, the market’s starting to prevail over the headline sellers.

Clearly, if Trump and his team can’t beat the accusations and the ex-FBI chief, Robert Mueller, who will look into the Trump team’s ties to Russia before the election, the market will suffer. This has been driven by Republicans who want an independent inquiry into the persistent claims that Russia hacked Trump into the top job.

And then there’s Donald’s sacking of the most recent FBI boss, James Comey and his decision to declassify info on the run, while hanging out with the Russian Foreign Minister and Ambassador!

A case is building that if Donald can beat impeachment threats in the short term, if he keeps looking like an amateur fool on Capitol Hill, the Democrats will win next year’s mid-term elections. And that’s when the Trump experiment could turn to ‘you know what’.

The stock market and our super funds need the Trump team to start looking more professional and presidential, or a lot more of the 10% gain for stocks Donald has helped to deliver since his election could easily be lost.

That said, it hasn’t been all a Trump thing. This observation on CNBC this morning by Randy Warren, the chief investment officer at Warren Financial, explains my point. "What happened yesterday was interesting. You had a complete removal of any Trump premium," he said "What's happening now is the fundamentals are taking over."

Yep, and AMP Capital’s Shane Oliver made the same point on my TV show last night that the Trump effect has unfairly taken some of the glory for the market’s rebound since November.

The economic and company earnings story around the world (even in Europe) has been on the improve. A world without Donald Trump might be less rewarding for stocks and our super funds, but it wouldn’t be a disaster.

If Donald can learn to play smart President and not dumb President and get back to selling his agenda of lower taxes, less regulation and more infrastructure spending, and if our economy can show the gradual improvement that we saw in the labour market this week (with unemployment falling from 5.9% to 5.7%), then our super funds can continue their stellar run.

And if you weren’t aware of this, here’s the latest from the super scoreboard of Chant West: “Super funds were again in positive territory in April with the median growth fund (61 to 80% growth assets) up 1.5%. This was the eighth month of positive performance out of the past ten, and the cumulative return for the financial year to date now stands at an impressive 10.1%.”

The month of May won’t bring such good news and I will blame Donald for a significant part of any super losses we endure.

Let’s hope he gets smart in the not-too-distant future.