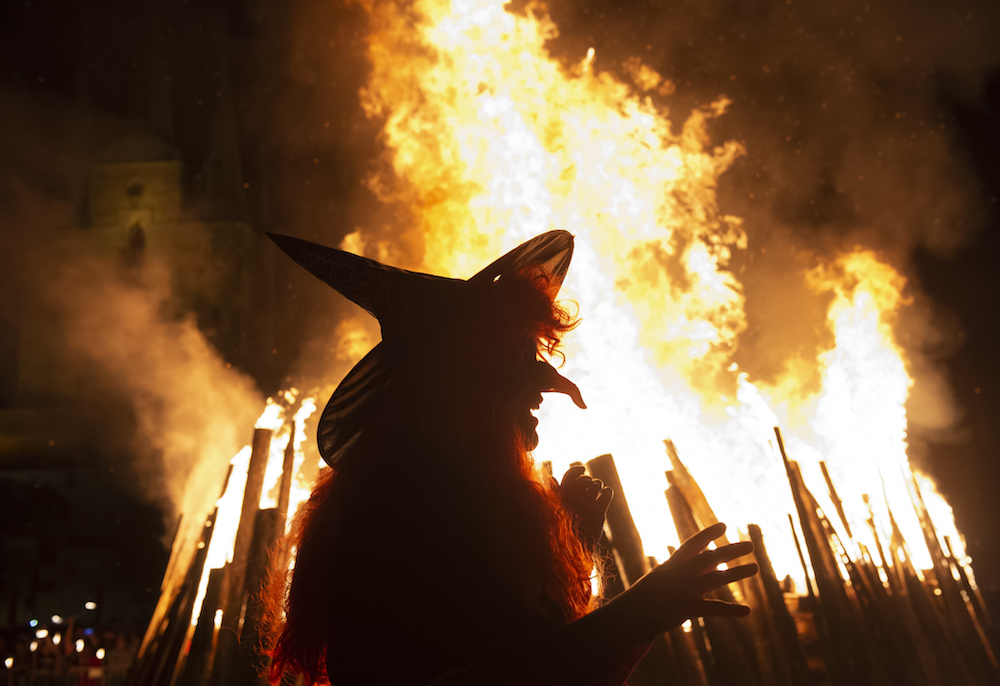 Could this witch hunt Royal Commission haunt our economy!?

While it has been valuable to actually see “which banks” and other financial institutions haven’t been playing fair by consumers, like all witch stories, the witch hunt that has been the Royal Commission has the very real danger and capability of coming back to haunt us economically.

Let’s face it, the Royal Commission was a great political opportunity for Labor’s leader, Bill Shorten, to stand up for the little guy and gal in their battle with their bank. The Coalition did what you’d expect of a conservative political party and try to avoid a company crushing event, which has played havoc with bank share prices, investors’ portfolios and super fund balances.

Thankfully, other companies, other stocks and the overall economy is advancing, as my column yesterday showed, pretty clearly. Our economy is heading in the right direction and last night on my Money Talks programme on the Sky Business Channel, fund manager Mark Christensen, of the Pengana Australian Equities Income Fund, agreed with my view saying his investment team has given the Oz economy the thumbs up.

It's always comforting to know I’m not alone in being a believer in the local economy but it’s on that subject that the Royal Commission’s unexpected effects worry me.

The big news story from the world of banking is that Westpac is getting out of lending to SMSF loans, which has shocked mortgage brokers, financial planners and others in the financial industry. The news will please conventional super funds and stock brokers because if it’s harder to get an SMSF loan to buy property, then that super money will probably end up in stocks.

Now I’m not talking my own book because this development could encourage super trustees looking for reliable income from property to look at products like my Switzer Dividend Growth Fund, which last financial year returned a grossed up dividend yield of 6.96% and a total gain of 11.76%.

And while I like that prospect, I’m more worried about the economic effects of the Royal Commission.

As the AFR put it: “It will also make already jittery property investors even more nervous about the outlook amid falling prices, rising costs and oversupply, particularly for apartments in the inner suburbs of Melbourne, Sydney and Brisbane.”

Yesterday I interviewed Charles Tarbey, the founder and boss of Century 21, who’s nearly always positive on property. Charles thinks the housing boom went on one year too long and expects a pullback in house prices over the next few years of around 15% on average. This isn’t huge, given Sydney and Melbourne have gone up about 75% in five years but it’s just another curve ball for the economy, on top of Donald Trump’s trade war, Italy’s EU exit rumours, Brexit and the question whether China could be faltering.

But wait, there’s more Royal Commission challenges for the economy.

Until this Westpac story, the news I’ve been getting from my many sources in the mortgage industry is that banks have reacted to the Royal Commission by making it harder for people to get loans. This sounds good on a personal front but throws another curve ball at the economy.

Not only is the supply of loans being reduced by banks saying “No” to be good little acolytes of the Royal Commission, the time it takes to get all the information required has become longer. As a result, the economy is hanging around waiting for approvals, which doesn’t help economic growth, job creation, consumer spending, confidence and wages growth.

If governments of today and the past had seriously cared about consumers, they could have created a proper banking consumer claims tribunal, which would have looked at the many cases of exploitation we heard about at the Commission and the financial suffering could have been stopped years ago.

Believe it or not, the Turnbull Government has come up with such a consumer claims body called the Australian Financial Complaints Authority or AFCA.

The press release on February 18 this year said: “Millions of Australian consumers and small businesses are today the big winners, with the passage of legislation to establish the Australian Financial Complaints Authority (AFCA), and confirmation of how access to the new body will be significantly increased.”

“The Minister for Revenue and Financial Services, the Hon Kelly O'Dwyer MP, and Minister for Small and Family Business, the Hon Craig Laundy MP, said significantly more consumers and small businesses will have access to free, fast and binding dispute resolution following the passage of the Treasury Laws Amendment (Putting Consumers First – Establishment of the Australian Financial Complaints Authority) Bill.”

And this is how Minister O'Dwyer said she saw AFCA: "AFCA will provide a one-stop shop to ensure consumers get a fair deal in resolving disputes with banks, insurers, super funds and small amount credit providers, without the expense, inconvenience, and trauma associated with going to court."

There is one problem with this good idea and that’s that no one knows about it. But before November 1 this year, when AFCA opens its doors for consumer complaints, let’s hope this Government reads the book Marketing for Dummies.

Even if the Royal Commission doesn’t stop economic growth going higher, the failure of governments to protect consumers from many bad practices in the financial sector means the implications of what banks are doing now — post-Commission — suggests growth will be slower, less jobs will be created and there will be a wider economic price to pay because our political leaders were asleep at the wheel.

That conclusion shouldn’t surprise too many.