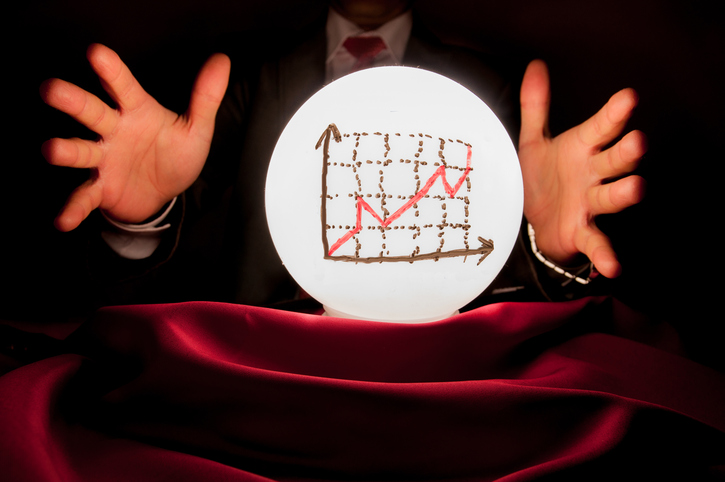 Could there really be two rate cuts left? I hope not!

When filling up my car recently, I looked at the price and it was $1.17 per litre. I remembered paying under $1 probably around February but I must admit I was happy with the higher price.

It’s just like me being happy that interest rates are expected not to fall any more. I like that, despite the fact that I have property loans!

Am I mad? No, I just want our economy and all economies to throw off the shackle of the GFC, which produced too low interest rates, beaten up confidence, poor wages growth and low business investment.

I hope all this changes in 2017. I think it will but the jury is still out on my positive picture of next year, which shows a good economy and a good year for stocks.

I held that view when I thought Hillary would be President. However, it has been put on steroids by Donald, with the Dow Jones set to break the 20,000 level!

By the end of this week, we should have a reasonable handle on how our economy is going. Maybe we’ll have to think about having to use the R-word early in 2017, when the December quarter economic growth number is revealed.

This year, the reading (largely) has been a ripper, being well above its long-term average.

In a survey taken between November 21-29, business conditions went from +6.6 to +5.3, but it’s still better than the long-term average of 4.8. That said, the reading has been much higher over the year, so you have to admit that conditions for business aren’t as rosy now, despite the Trump effect for stocks.

And it comes when we know the September quarter was a surprise negative one. If we get another negative quarter, we’ll see the media pull out the technical recession headlines. And who knows, they could even drop the word “technical” and just lead with RECESSION!

That’s a day in 2017 I don’t want to see, so we need to see some good stuff accumulate between now and the end of the year. But wait a minute, we only have 17 days left to ensure we create a positive growing quarter in December.

Therefore, the die is pretty well cast. What happens now and over January/February will be data. And like pieces in a puzzle, we’ll put together the economic picture of Australia for the last three months of the year.

On the good side, business confidence went up in yesterday’s business test from the NAB. The confidence index for businesses rose from +4.3 points to +5.0 points. However the long-term average is +5.8 points, which means we’re heading in the right direction but our business owners/managers/CEOs aren’t quite Trumped yet!

I hope we’re on the start of an uptrend after a one-off soft patch in the September quarter. Most economists see it that way. However, the respected chief economist of the NAB, Alan Oster, is a little worried about what he’s seeing and hasn’t backed away from his two rate cuts to go prediction!

Although he’s in a minority, he does have other economists with crystal balls making this call.

Today, we get the closely-watched Westpac consumer sentiment index and the only thing that might have spooked local consumers could have been headlines about a possible recession after the September quarter.

Let’s hope the Trump effect on stocks and the Christmas retail period have consumers excited. Then, on Thursday, we see the latest employment/unemployment numbers. These will be another important piece in the puzzle.

Meanwhile, over Wednesday and Thursday in the US, the central bank looks set to raise interest rates, which most of us think will be a good thing. It will say that the Federal Reserve thinks the US economy is so good that it has to have a rate rise.

If we see two rate cuts over 2017, then we (or our economy) will need it and I’ll have to get a new economic crystal ball, which has been very accurate for a long time, even if I do say so myself. I don’t think I’ll need a new one. Go Australia!