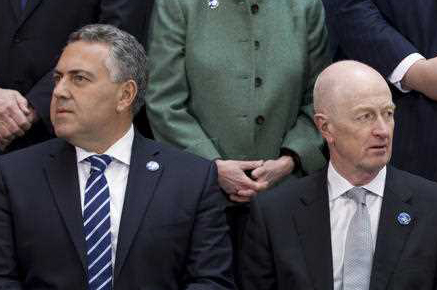 Could the Oz economy really be coming good?

The Oz economy has been given a break — a break that was not expected — with unemployment falling in March from 6.3% to 6.1% and more importantly the new jobs created numbered 37,700. Adding to the positivity the February figure, which was first reported as 15,600 was revised up to a whopping 41,900, which suggests someone at the ABS needs a new calculator!

Good times continue to roll with full-time jobs up 31,500 out of the 37,700 new places created but the news is even better when you look at the five months numbers where 155,000 jobs turned up, which was the best result in four years!

Of course, bearish types dismiss the figure as another rogue number from an ABS, which has copped some flak from its recent revelations. Optimists, on the other hand, think this could be a significant milestone, where the real economy is staring to catch up with some now and forward indicators that have promised so much.

For example? Try these:

I could throw in the big rise in super and of course house price rises and we are starting to see a much better picture but there are two big concerns. And that’s business and consumer confidence but I think the combined forces of the Reserve Bank and Treasury could ride to our rescue.

What I am hoping for is that the RBA boss, Glenn Stevens, can think and live outside the square and push through a rate cut in May, and then Treasurer Joe Hockey delivers a pro-growth and job-creating Budget. If we could get a treble of this jobs number for March, plus a rate cut on the first Tuesday in May, and then a  Budget booster for the economy on the second Tuesday, then we could be off to Paul Keating’s gangbusters’ land!

To KO the confidence-killers holding back the economy we need a solid run of good data and decisions, however, if Glenn plays it safe, worrying about house prices and Joe produces an non-inspirational Budget, then it will be a long, twisted and tortured road to recovery for the Oz economy.

By the way, the rate cut would help the dollar go lower after it spiked over one cent to be above 77 US cents following the good job numbers, which is not a plus for economic growth. That’s why a rate cut is required to ensure we get growth over 3% for 2016.

The higher and the faster the growth, the quicker the Budget deficit falls, and so let’s start rooting for Glenn and Joe as a huge and dramatic May lies ahead. No pressure boys but I think the economy might be turning, so please don't stuff this up!