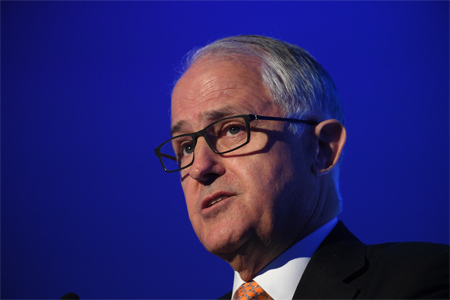 Could the economy save Malcolm Turnbull? Yep, definitely yep!

Imagine if our Federal Budget Deficit blew out by $4 billion — can you see what the media would do to Treasurer Scott Morrison’s reputation for numbers? Well, in case your click bait driven favourite media outlets failed to inform you, the opposite was the case.

Yep, our worryingly high deficit is coming down and is likely to keep trending that way.

Here’s what’s happened to how the Turnbull Government’s budgeting has been performing.

So our national Budget was in deficit by $33.15 billion in the 2016/17 year. That’s 1.9% of GDP. Just four months ago, when delivering the 2017/18 Budget, Treasury had estimated a $37.6 billion shortfall. A better-than-expected result was assumed, based on the monthly financial statements released up to May 2017.

I know it’s hard to get excited about Budget, economics and Treasurers, but if politics and popularity polls interest you, then the economy and the course of our deficits and debts might be Malcolm Turnbull’s best chance of winning the next election and even beating off a potential challenge to his leadership.

The PM has about 20 months to win friends and influence voters and his economy and resultant budget bottom line will count for a lot, given that it was because of Labor that our surpluses disappeared and national debt soared. Of course, they had to deal with the GFC, and given unemployment didn’t top 6% over that time, we would have to say we got a pretty good bank for our bucks spent. However, Labor wasn’t good at reining in the spending and the deficit, partly because they had leadership confusion issues. This pic below might remind you: 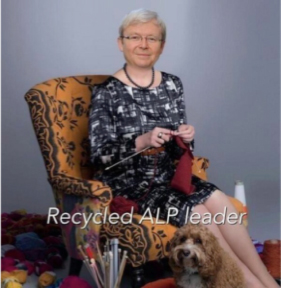 One can only hope that the current Turnbull-Abbott thing doesn’t become a revolving door rerun of what we saw with the Rudd-Gillard-Rudd PM-switcheroo.

And the best bit is that if the economy improves and Malcolm becomes more voter-loveable, it will be in the context of a better economy, which is offering more jobs, higher wages and greater consumer confidence. All these pluses should positively influence those nice little people who occupy Australia and who ultimately vote.

All this good news economic story will also bring a much lower Budget Deficit, which should become the best advert for the re-election of the Turnbull Government and it might remind voters that Scott Morrison might be the next likely lad to head up the Coalition. And for this to happen, the numbers have to add up.

So where has this better budget outcome come from? Check out these critically important numbers from Craig James again: “Real GDP grew by 1.9 per cent in 2016-17, slightly stronger than the 1¾% growth forecast in the 2017-18 Budget. There was a smaller-than-expected detraction from business investment and a stronger-than-expected contribution from public final demand, which offset weaker contributions from net exports and dwelling investment.”

Economic growth is the most important part of the improving budget story as it delivers more jobs, less unemployment payments and people in jobs pay more taxes. Growth is a budget deficit destroyer and the Reserve Bank, which left rates on hold yesterday, thinks we will grow at around 3% this year or even more.

This is what the RBA said yesterday about growth: “The Australian economy expanded by 0.8 per cent in the June quarter. This outcome and other recent data are consistent with the Bank's expectation that growth in the Australian economy will gradually pick up over the coming year.”

If the economy follows the RBA’s script, then growth goes from 1.9% to 3% and the deficit diminishes like sands through that hour glass in that old soapie Days of Our Lives.

Business investment is on the rise again and “public final demand” is an economist’s term for government spending on stuff such as infrastructure. And the AFR recently wrote that the next boom — the infrastructure boom —  “has hardly started.”

And Craig James figures it could be one and a half times bigger than our mining boom!

Growth means a lower deficit and should mean a more popular Government and could just give Malcolm the ‘get out of jail card’ he needs.

The irony of this analysis is that Labor has to hope that our economy does not do as well as the RBA predicts but as we all know, politics is overladen with things ironic.