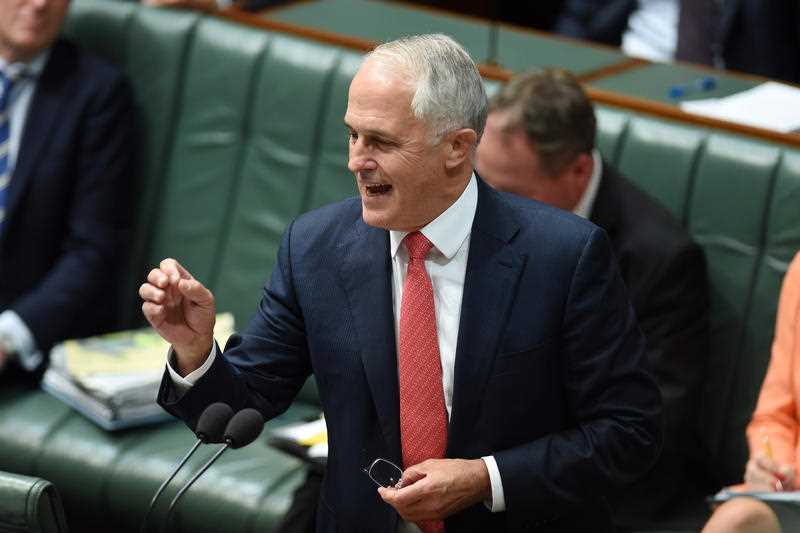 Could May bring a May Day call for the PM?

May day! May day! I really hope we don’t have to think about that international warning over the next month of May, as Malcolm Turnbull gambles with an election campaign that goes for 11 weeks!

Yeah, I know the election hasn’t been called but we’re in campaign mode and May could be a make or break it headline month for the PM and his team.

April has been a good month for the stock market and the economy. Anyone who missed my expose yesterday on how good our economy looks right now should check it out at here.

That said, there are some mixed messages coming through on the economy and the media can play them up. House prices is a case in point.  You might have seen how the media has ripped into John McGrath after his newly listed company has fallen from stock market grace, powered by bad publicity from newspapers, where he has spent millions over the past two decades.

I noted that as his share price fell to 90 cents, after debuting at $2.10, JPMorgan had a price target of $1.60 on the stock! The media loves negative stories that prove capitalism is grossly overrated.

But back to Malcolm and May. While April has a history of being pretty good for stocks, May on the other hand, can be troublesome. Fortunately for Mal, the old market maxim of “sell in May and go away…” doesn’t always work out. And while we are a chance to see a good month ahead, given the nice momentum for oil and other commodity stocks, the market rise since 10 February makes you think this could be a risky time to ask voters to support you, if the market has one of its ‘hissy-fits’ like the one we saw in January.

The Dow Jones is now around 18,053 and the all-time closing high on 19 May 2016 was 18,312.39, so we could be in testing waters for Wall Street. We all know that the Big Apple’s stock exchange can be a big market influencer, so May and this huge stock market could put Malcolm in a New York state of mind.

He also has to deal with the rising Oz dollar, which this morning is, wait for it, 78.19 US cents, which is worrying the Reserve Bank. A rising dollar is coinciding with better commodity prices and a better view on that key economy, China, but a stronger dollar can hit our economic growth.

Right in the middle of the election campaign on 1 June, we will see the March quarter GDP number and while this was a month with a lower dollar, there was all that market sell off negativity at the beginning of the period.

Malcolm and the markets might have some challenges from the Brexit vote. Given how the Greek possible exit from the Eurozone affected the stock market, we can’t rule out the possibility of the UK leaving the EU being something that will be ignored by financial markets.

And while these are all important market and sentiment influencing events, which possibly could affect this long, long election campaign, Tuesday week’s Budget will be critical to the election campaign and the poll’s outcome.

The Turnbull-Morrison team has not impressed pundits or the voters, with Labor ahead on Newspoll on a two-party preferred basis, while it looks like 50-50 on other polls. Anyway you cut it, the Bill Shorten-Labor threat to the Government can’t be ignored, so the Budget better be something that the media and economists hail as an enlightened document.

There has to be stimulus for economic growth and jobs. That believable growth must underpin a falling Budget Deficit, which will be structurally reduced as well by changes to taxes and spending.

These last two initiatives will give Labor the chance to win over those who are losers out of the Budget but then those voters will have to look at what Bill is promising to do. His policies are pretty aggressive towards super trustees with a bit of money and property investors who like negative gearing and capital gain discounts.

The Budget will define the election campaign and there is speculation that the Government will use taxpayers’ monies to explain the Budget, which others say will be nothing more than election campaign ads! Unfortunately for Labor, they did the same thing in past regimes, so Malcolm is bound to cash in on past bad standards.

My biggest concern is that the election campaign itself is a big negative on confidence, with certain industries/businesses always negatively affected by big promising and doomsday-predicting politicians.

The best offset for the negative effects of the long election campaign will be a great, believable Budget, which even gets the thumbs up from credit ratings agencies! This will not only add to the Government’s credibility but will add solidity to an economy that’s starting to look pretty damn good.

By the way, the Dow Jones was up 49 points overnight but as an Aussie who wants commodity prices to head higher to help stocks, I love this CNBC headline from Europe overnight: “Europe closes up 1.4% as miners rally; FTSE hits 4-month high.”

I do love those positive headlines and Malcolm better pray for them over the next 11 weeks.