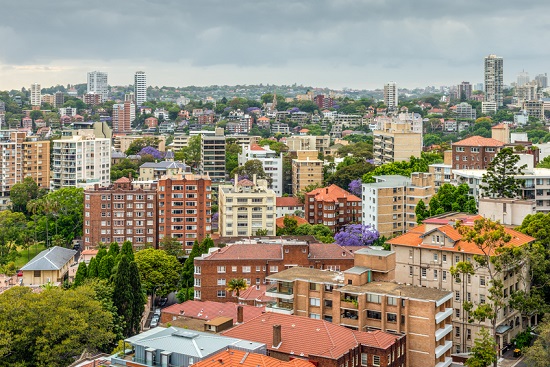 Could apartment oversupply KO banks and the economy?

I’m off to Thailand today for a hit-and-run speech for an Australian business conference, so what will I tell them about our economy? It comes as two really smart market players think there’s a big bond curve ball ready to hit markets between the eyes.

Meanwhile, alarmist doomsday merchants are feeding the media about all manner of problems, with the latest linking an apartment oversupply to a bank balance sheet problem. A few weeks back, it was apartments causing a recession but all my really smart economics experts put that as a really lower order risk.

Over the weekend, The Australian looked at Reserve Bank concerns over apartment oversupply over the next two years that could hurt our banks. The key word is “could” and to what extent is anyone’s guess.

In case you missed it, The Oz’s David Uren wrote: “The Reserve Bank has warned that the massive number of new apartment blocks approaching completion could send some of their developers broke and leave the banks nursing big losses.”

They think some 40,000 apartments will be completed and falling prices and finance access problems could lead to defaults and bank problems!

But David did add this: “There are signs that some settlements are taking longer and lending valuations are coming in below their contract price, though settlement failures to date remain low,” the bank said. (I put the bold type in to make the point that failures remain low.)

The real estate industry is not too stressed about it all but it’s in their interest not to add to any negativity.

And David did add this, which kept me cautiously positive: “It [the RBA] has modeled the effect on the banks if between 5 and 15 per cent of the contracted buyers of apartments defaulted. However, it found that bank losses would remain low, at less than $200m, provided apartment prices did not fall by more than 25 per cent!” (I added the exclamation mark!)

Those losses are like lunch money to our big four banks, so let’s look at what I’m going to say about our economy now.

As you can see, we’re living in a pretty damn good economy. And the RBA’s own forecasts for our economy goes from a top-of-the-range reading of 3%, which was pretty well spot on for June this year, to 4% by the end of next year!

Sure, we have to navigate China’s growth story (will it be lower than expected?), the US election and an expected interest rate rise, as well the usual annoyances from OPEC, Russia and Iran, along with bond market concerns and there is Japan as well as Europe, which have growth problems.

The smarty doomsday merchants one day will be right but I suspect they are jumping the gun. Note, even the RBA thought our bank problems, if they ever materialise, would be in two years’ time.

And have a look at this headline from Google to understand the unreliability of click bait:

When did we see this? Try November 4, 2008 not long before our top four banks were listed in the top 10 in the world, thanks to the GFC!

The apartment oversupply will cause some losses but I’m not expecting Armageddon. And a lot of smart property/economic experts agree and based on the RBA’s growth forecasts, the Big Bank is not too spooked either.

As my favourite social commentator from yesteryear, Alfred E. Neuman would’ve said: “What, me worry?”.