Could Amazon get dumped like SurfStitch, which is drowning in red ink? 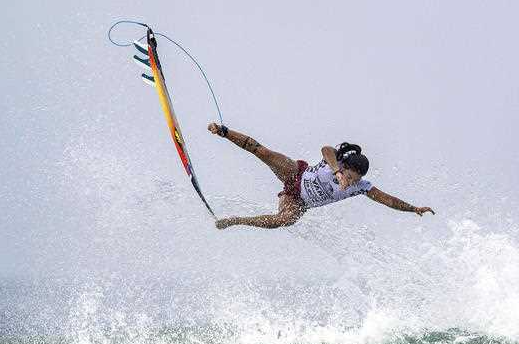 Could Amazon get dumped like SurfStitch, which is drowning in red ink?

Last week, a local listed company, SurfStitch, was dumped and wiped out into voluntary administration, which is one step removed from bankruptcy! It’s shocking news for shareholders, who knew the company was caught in some rough water, but the question remains: how does a surf business fail in Australia?

Given Billabong’s struggles, we can’t assume anything about us Aussies and it could be a lesson that even Amazon might need to heed!

SurfStitch listed on the ASX in 2014 and was an online business selling surfing stuff.

As Fairfax’s John McDuling reminded us today: “Initially investors loved the pitch. ‘If you look out three years, it will be a global business, not a loss-making business, with global scale,’ Janchor Partners founder John Ho told Fairfax Media, shortly after the float.”

A year after, the share price had shot up 100% and the market wrongly valued the company at, wait for it, $500 million!

One of the founders, Justin Cameron, tipped it would be a billion-dollar sales company within five years and an Amazon act-alike in time. However it’s gone belly up.

McDuling points out that a lot of Aussie online businesses have been disappointments. He cites Temple and Webster (furniture) and Red Bubble (printed products), which I have to admit I’ve never heard of.

And then there are potential listed online businesses such as Vinomofo, which sells wine online. Again, I’ve never heard of them and that’s a big part of the problem for these businesses.

Obviously, they don’t market well. When the host of a business TV programme, which attracts some of the station’s biggest audiences, has never heard of you, I blame the company’s leaders, not the person who’d love to showcase a local business.

While I hate local businesses getting wiped out, I did wonder for a while why they failed and wondered if we Aussies are different to Yanks and Poms. Well, we are. But how different when it comes to shopping?

Then I thought about the online listed ‘electrical’ retailer, Kogan, which had a poor start on the stock market but has been doing better recently and it undoubtedly coincides with his marketing and his diversification. He started selling TVs cheaper than bricks and mortar rivals but now even sells pre-paid plans for mobile phone customers.

And diversification and marketing is another reason why Amazon has done so well. It started in books but now it virtually tries to sell everything anyone might need.

Amazon is one of the great business success stories of all time but I always hoped it might struggle in Australia, given the list of failed online businesses here. I don't hate Amazon but I like to support the local business community and history has shown that Amazon is a business killer.

Unfortunately, Amazon won’t struggle here because the failures downunder online have been too narrowly focused with their products, were weak at marketing, their leaders were not Jeff Bezos, they couldn’t ride losses and weren’t selling stuff you have to have, and lots of it.

Kogan might have got that right but the jury is still out on this local tyro. But no matter how hard I wish, I reckon Amazon will do OK, even here in this more resistant online shopping world of Australia.

Could Vonex be the next big telco stock?
Will cannabis stocks get back in the green?
Why are investors ‘Crazy about Kogan’?
What’s the difference between work-life balance and work-life integration?
Will the big banks kill Afterpay and Zip's share price?