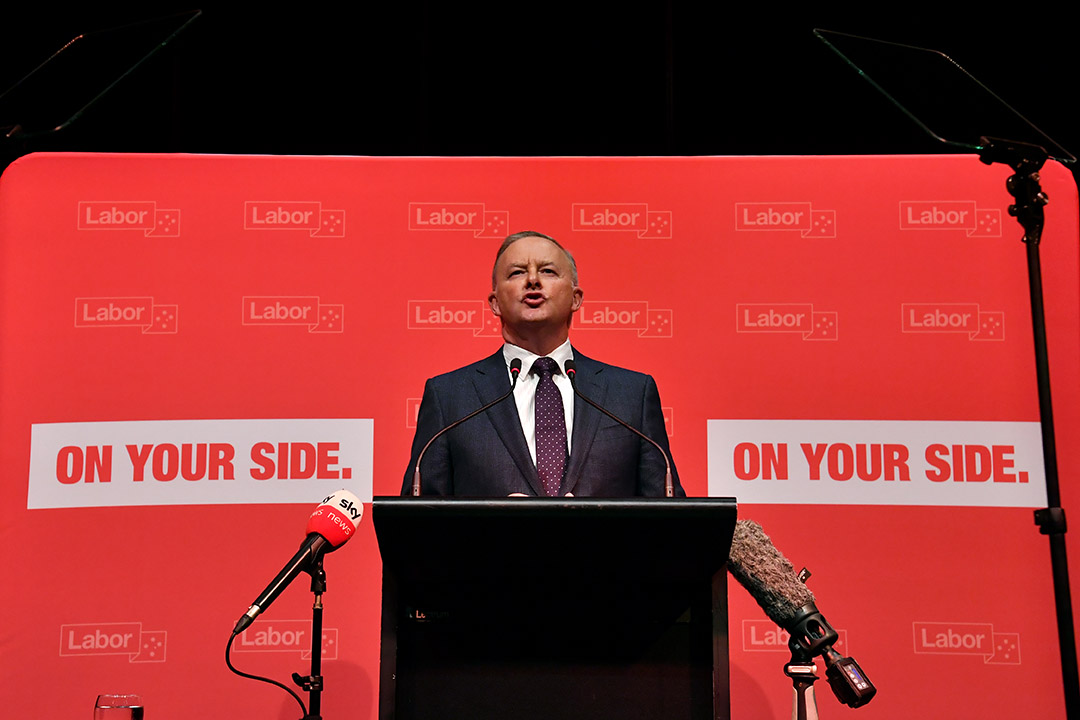 Could Albo lose his job over JobKeeper & his new advertising campaign?

This is a huge week for economic revelation about the impact of the Coronavirus, with a virtual tsunami of big companies set to do the show-and-tell of their sales and profits for the second half of 2020.

And on Thursday we see how the job market is performing, with unemployment expected to fall ahead of JobKeeper being cancelled at the end of March.

It comes as the unions and Labor are going after the Morrison Government for ending JobKeeper too soon and for allegedly using the Coronavirus to diddle workers out of wages and conditions.

This will be Anthony Albanese’s strategy to win the next election, and you can expect to see a whole pile of commercials telling us all about this over this week.

Here’s what The Australian says the ads will say: “As if employers didn’t have enough power over workers now Scott Morrison wants to give them even more tools to cut their pay…Employers can use Scott Morrison’s new industrial relations rules to slash your wages and conditions and slice away your penalty rates and overtime.”

Albo wants to be seen as being “on the side” of employees and he’s after “a better deal for workers”. But this kind of pitch backfired on the UK Labour leader, Jeremy Corbyn, in his landslide election loss in 2019.

I must admit that a lot of small business owners are asking me about Albo’s idea of long service leave for casuals, where the years of service accumulates with different casual jobs. Some think it sounds like “pass the parcel”, where the last boss cops it. But that sounds too crazy to believe. It would have to be a proportionate payment per job based on how long they worked but it sounds like an administration nightmare!

Back to this week, and unemployment numbers are out on Thursday and a fall from 6.6% to 6.5% is expected. This result will be important to how JobKeeper’s end and COVID-19 restrictions will affect the labour market.

On Thursday, the Treasury Secretary Steve Kennedy told the Senate that he doesn’t expect that the job losses that will follow after JK goes will be disastrous. “I don't expect it to be many hundreds of thousands by any stretch of the imagination,” he said.

Sensibly he and the Government are weighing up support for aviation and other sectors that will continue to come under severe pressure. And he made an interesting point that has not been picked up by the media.

He pointed to the end of New Zealand's wage subsidy and the fact that the Kiwi’s unemployment fell to 4.9%!

Not surprisingly, the unions want JobKeeper to continue for businesses still facing virus restrictions, which is timely, given the surprise lockdown in Melbourne over the weekend that has KO’d a lot of businesses operations.

And there had to be a lot of love lost, given Valentine’s Day celebrations were cruelled by Premier Andrews’ decision.

“What we say is that JobKeeper should be extended for those businesses that are still affected by the coronavirus. So [through] no fault of their own, they are suffering that downturn,” Ms McManus said. “And we say that because that will save jobs.”

Interestingly, economist Saul Eslake, who’s often seen as someone close to the left (which he strongly denies) thinks “another JobKeeper extension would do more harm than good, by trapping workers in unproductive firms,” the newdaily.com.au reports.

Ultimately, the strength of the economy (as shown through the job numbers and how well our employment-creating companies are doing) will set the scene for either Albo or Scott Morrison to win any upcoming battle to win over workers/voters.

This week a huge number of companies report, with every business from Coles to BHP to JB Hi-Fi to Zip Co showing us all how well they’re doing.

If profits are surging and stock prices continue to trend higher as the jobless rate falls, the end of JobKeeper might be even less damaging than Dr Kennedy believes.

Economists think targeted support for tourism, aviation and other virus-smashed businesses makes sense, but blanket support is not wise.

I think a lot of businesses have really good balance sheets right now because of JobKeeper and the new world of “at home” work. And spending has created opportunities actually inspired by the lockdown.

As I’ve been locked down in Melbourne this weekend, I’ve seen cafés that never had a wide range of food on display in their windows now doing exactly that. They’re delivering meals to homes that they never did before and they’re thinking outside the square like never before.

It’s why I think 2021 will be a boom year. I hope I’m right, though economic success this year mightn’t help Albo build up anti-Morrison sentiment.

Has Dan’s disaster created a property bargain basement in Melbourne?
Dan Andrews & Facebook: what do they have in common?
West side story
Wage war coming. This could be Labor’s only hope!
When will the next Federal Election be and will ScoMo win?