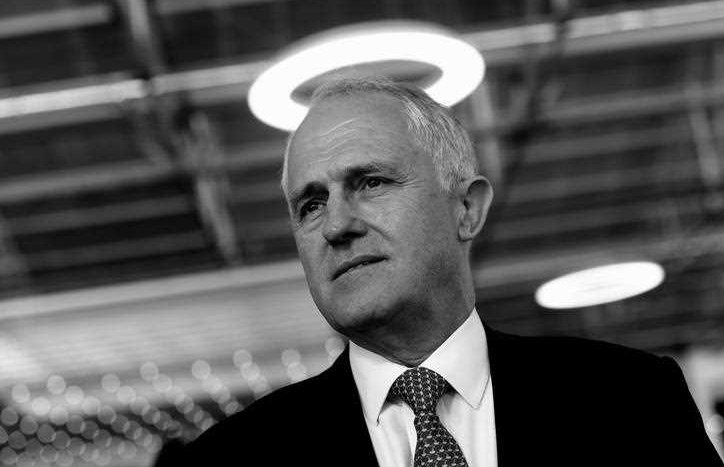 Come on Malcolm, it's time to get real on super

There has been a big ‘twitter sphere’ reaction to my provocative story yesterday entitled “Vote Labor, Build Up Your Super, Then Kick Them Out”. How you vote on July 2 is a big issue, not just for retirees or potential retirees.

The fact that all of us will have lower concessional caps after mid-2017 (down from $35,000 for 50s and over and $30,000 for those younger to $25,000 for all) means these ‘reforms’ make us potentially poorer in retirement. (For those who aren’t sure, the concessional cap is made up of your 9.5% compulsory super and any extra you might want to salary sacrifice.)

Yes, I get it, this is about fiscal responsibility. And yes, there are some unbelievably generous aspects of super, which needed to change. However, some of these Budget proposals are simply bloody unfair!

The irony is that as an economist, I want the next Government to have control of the Senate so they have no excuses for not fixing our Budget Deficit problem. However, these super changes are so unfair to anyone who wants to build up their super late in life, that I’ve asked Andrew Brown, my TV show producer within my business, to track down David Leyonhjelm, the independent senator, who has promised to KO many of these super changes.

At this stage, the Coalition seems to be using the non-Basil Fawlty tactic in not mentioning the war, I mean, super changes. The question is: will they get away with it?

What is really intriguing is that these super changes have underlined that most politicians are just like the people they represent — they don’t understand superannuation. Josh Frydenberg, the Resources Minister and a pretty smart pollie, was recently embarrassed by Neil Mitchell on 3AW for not understanding the Budget implications of the transition-to-retirement pension.

Now I don’t blame Josh because I created the Super Show on 2GB five years ago and I know I learnt so much by playing Russian roulette radio with my business colleague, Paul Rickard, fielding questions for callers. However, I think Treasury has sold Scott Morrison and the PM a real pup!

On Budget night, we were told that only 4% of Aussies will be badly affected by the super changes. However, the lower concessional caps for everyone affect all workers — that’s more than 10 million people.

I’m told there’s about 500,000 people on the transition-to-retirement pension but I’ll check that number out with the ATO today. If that’s right, that’s half a million people who’ll now have to pay 15% tax on their earnings inside their super fund. (I hope that number is wrong but if it’s right, you start to understand the potential super problem that Malcolm has on his hands.)

I see it all the time when potential clients come to my financial planning practice. They’ve been missing out on tax-saving and wealth-building opportunities because they think super is boring!

This boring factor might just save the Coalition, but if a whole lot of parents or grandparents think that the Budget has butchered their retirement plans, they could easily be talking to the people who’ll inherit their now less attractive super balance. There could be a lot of cranky and concerned people.

What should the Treasurer do? The most basic change I’d recommend is to change the starting date for the lifetime cap on the non-concessional lifetime cap of $500,000 per person to 1 July this year and not 1 July 2007.

I explained yesterday how I received an email from a retired guy, who drew money from his super fund to help a family member (who’d then pay it back). However, under these new rules he can’t put it back. He has used up his $500,000 lifetime cap so he can’t rebuild his super and he’s only got a small balance left.

These Budget changes might look generally equitable, but are specifically inequitable. All those small business people and those who own valuable houses but have little super (and wanted to sell their businesses or homes to have a great super nest egg) are now set to be less comfortable and will be paying a lot more tax.

And some of them will be arranging their affairs so they can get a pension, just to get even with the Government.

I wonder if the brains’ trust behind Malcolm and Scott are working out a B-plan. I hope so.