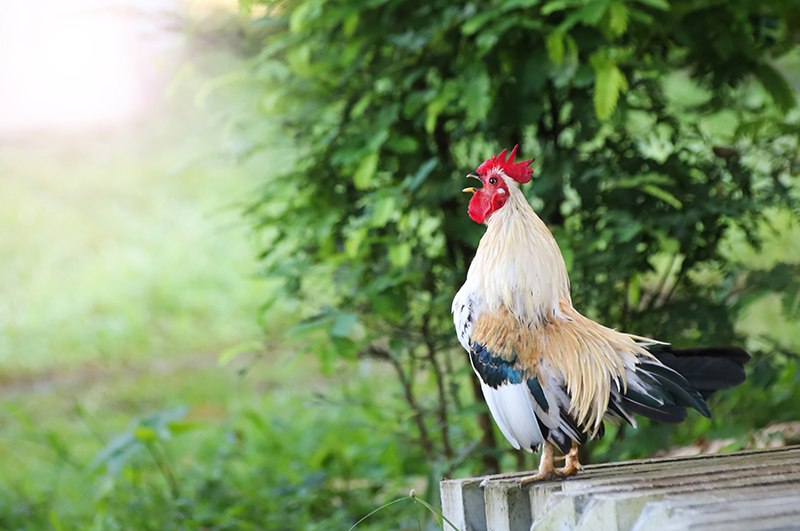 Cock-a-doodle-do. Excuse me for crowing

Last week we learnt that our economy was growing at 3.4% for the year up to the end of the June quarter. It was a great result. And whether you like Malcolm Turnbull or Scott Morrison, the simple facts are that they promised jobs and growth at the previous election and budgets and that’s what’s shown up.

I have to say the latest employment numbers make me a proud, ‘old’ optimist and I look forward to seeing two of my economist buddies, who came on my TV show and politely scoffed at my suggestion, that after creating over 200,000 jobs over 2017, I speculated that “it looks like we’re a chance to do it again in 2018.”

I have to admit I wasn’t being a cock-eyed optimist as it was driven by a report from the Australian Industry Group survey. But given my ever-watchful perusal of economic indicators, I thought it wasn’t such an outrageous call. But the two economist guests on my show wouldn‘t have it.

They also wouldn’t have the RBA’s and Treasury’s economic growth forecasts of 3% plus so that suggests that my number cruncher mates might need new computers or calculators!

The count so far this year on the creation of jobs is around 176,000, with August pumping out 44,000 of the lovely ‘suckers’. Better still, 33,700 were full-time ones! I reckon my 200,000 call is looking like a really good chance. However, I’m not going to bathe in my own ‘accidental’, statistical brilliance because the really good implication of these growth and jobs numbers that are worth celebrating is that a few really good things that should flow from them. Like what?

• The job market is tightening so that means wage rises should start to emerge over the next 12 months.

• Inflation is bound to start sneaking up, which means unconvincing talk about rate cuts will be ruled out, which will make savers coping with low interest rates on term deposits start to smile.

• More jobs and higher wages will improve tax collections and drive the budget deficit down.

• Consumer confidence is bound to trend higher and then business confidence will take heart, knowing more customers have jobs. Businesses prefer their potential customers to be in work and on higher pay, even if it hits their payrolls.

• And the above will feed into better super returns.

I’m talking a virtuous cycle that only has one downside and that’s higher interest rates but that’s what normal, successful economies have going on. We are taking steps in the right direction, away from the abnormalities that have come out of a post-GFC world that also coincided with the end of a spectacular mining boom.

To me all this, on top of the strong 3.4% economic growth number seen last week, is adding up to the likelihood that, as I’ve been predicting, home loan interest rates should start moving up in 2019, not 2020, as some more negative economists have been predicting.

Sure, there is a worrying negative out there around house prices in Sydney and Melbourne, however, this excessive concern seems more to be driven by the media using speculating and often too negative and too inaccurate economists. The experienced team at BIS Oxford Economics recognise Sydney and Melbourne house prices are falling but their more reliable crystal balls aren’t sounding the alarm that Armageddon is around the corner!

If the good vibes coming out of our economy are going to be rattled, it will be from some ‘outside the square’ or ‘black swan’ event, such as a real, China-USA trade war or some other Donald Trump or unexpected geopolitical moment.