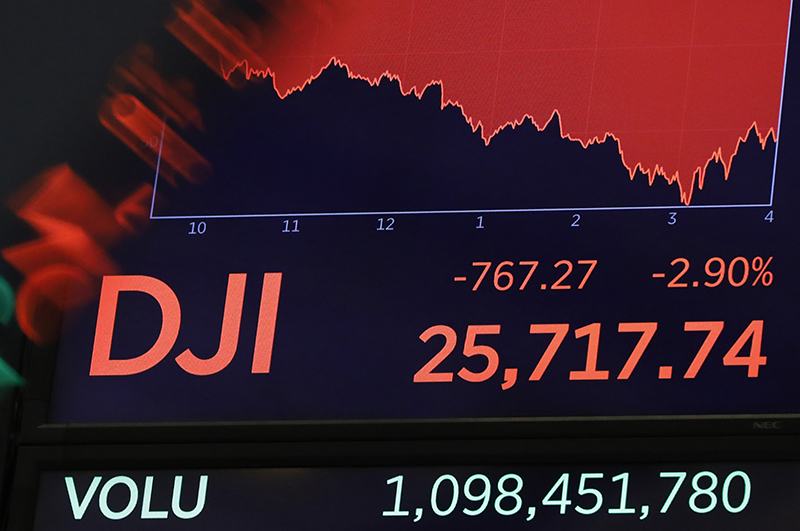 China has gone for the De Niro option telling Donald Trump that if “Somebody messes with me, I'm gonna mess with him.”

The US President thought he held all the trump cards but he might have overplayed his hand, forgetting that his opponent is not only the second biggest economy in the world, it’s also a Communist country, despite its recent commitment to capitalism.

It got crazy last Thursday when Donald upped the ante on trade, slamming a 10% tariff on the rest of Chinese goods that were un-tariffed. This was $US300 billion worth of goods and he threw in the possibility that he could raise this up to 25%.

It was a bold play and China hasn’t capitulated, instead turning the trade war started by Donald into a currency war. Yesterday they let the yuan drop below what is called the “red line” of 7 yuan to the US dollar. And to boot, it stopped orders of US agricultural goods.

I’m not dealing with the rights and the wrongs of the trade war, where the US had a right to change some unfair Chinese trade practices, but it looks like the team in Beijing who runs the country can’t be seen to be kicked around by Donald Trump on the world stage. And it comes as the citizens of Hong Kong are chancing their arm with the central government of China. So it’s no surprise that Xi Jinping has gone for the De Niro option.

A weaker yuan and stronger US dollar gives China a trade advantage outside of the USA and is meant to cheese Donald off, who’s always decrying the negative effects of a strong dollar.

We’re at the doorstep of a huge two-way gamble. Donald might turn the 10% tariff into a 25% slug on September 1 and the Chinese could simply commit to a long game. They could decide to wait out the US President, hoping that their created economic discomfort for US consumers, businesses and farmers means that Donald gets ‘done and dusted’ at the November 2020 election.

However, that’s a long wait and could sow the seeds of a global recession. And that’s why the stock market on Wall Street has been slammed overnight and it will be a bad day for us and our stocks today!

Locally, that overseas holiday just got dearer, with the Oz dollar down to 67.53 US cents.

So where to here from here? And will it get worse?

Bruce Kasman, J.P. Morgan’s chief economist, thinks the Chinese will use the currency as a warning shot but not as an out and out weapon against the US President.

“We don’t think they’ll let the currency run much further here,” he told CNBC. “I think they have their own domestic reasons not to let it go too far. They have a lot of dollar-denominated debt in China, and so as not to exasperate the expectations too much on the currency because that would lead to outflows.”

Anyone who can bravely predict the actions and reactions of Donald Trump (and be right) could make a fortune but it’s my guess that things will get worse before they get better.

This scary stock market slide could force our RBA’s hand to cut interest rates today but my guess is that they’ll hold back in case they need to cut if this trade war turns into a full-blown currency war.

Clearly, we have a US bull charging at a huge China bear and it would be foolish to think that wisdom will arrive soon to deliver an acceptable outcome. But history shows that Donald plays a big card, which makes it look like all is lost and then he pulls a rabbit out of his hat.

Remember his “Rocket Boy” plays? Let’s hope this is the script that unfolds but you never know with Donald J. Trump. You never know.

This guy could use a China trade and currency war to muster his troops (i.e. his voters) to campaign on “This is War!” And I think everyone can see that as a possibility.

For the brave and speculative, as stocks fall in coming days, there could be a buying opportunity. But as I say, that will be for the brave.