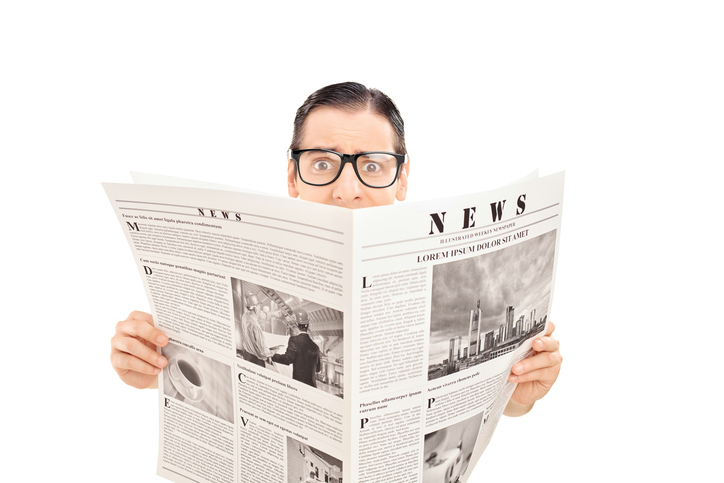 Yes, I get it — we, in the media, need to scare the pants off you so you keep coming back to us for reassurance that things are really worrying. Imagine if our messages were simply summed up as things, for most of us, are pretty good so just go out there, work hard, believe in your potential and enjoy yourself!

In recent times, we keep hearing about how bad negative gearing is and how it has created the property price problem we now suffer from.

Today, the Fairfax press have stories promising doom with “Financial distress looms due to spike in negatively geared properties among Australia’s poorest: report.”

The report came from KPMG Economics, called “Financial Stress in Australian Households: the haves, the have-nots, the taxed-nots and the have-nothings.”

The report found that the bottom 20% of Aussie households recorded the highest rate of growth in investment income — 8.5% per annum — compared to an average of 2.3% over the past decade for the other households.

On its own, and with a more positive spin rather than an entrenched negative one, it could be that a lot of young people, who are working and still at the bottom of the pay scales, have learnt that if they can’t buy and live where they want to live then they can be a landlord. In doing this, one day they can move into the rented property when they move up the pay scale, or say get married and have two incomes.

I bet there has been no qualitative surveying in this report, which means it really knows who is doing the borrowing. I have a loan business and you don’t easily get a home loan, especially if you’re low income and have no prospects. You might get a credit card but not a home loan.

There is some presumption that lower income people are silly enough to back themselves into a loan repayment problem but wealthy people have possibly a greater exposure to lending problems because they borrow more, they back themselves and lenders often are too generous to get the business.

The hate session by the media and others against negative gearing always leaves out how this process didn’t help Sydney house prices when they were flat for 10 years between 2002 and 2012. 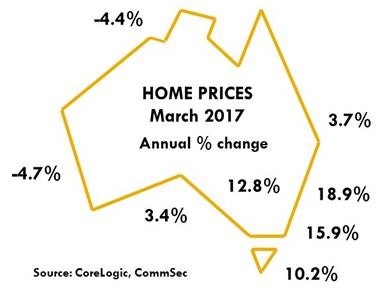 And what about property markets other than Sydney and Melbourne? Have a look at the chart above and work out if Perth, Adelaide, Darwin and Brisbane need to kill off negative gearing?

Even Labor wants to keep negative gearing for new homes, so if it’s so bad, why are they hanging on to it? Well, politically, it’s hard to kill off but it does encourage buying and therefore building, job creation and it actually helps the economy.

Sure, it also encourages the buying of existing homes and maybe too much of that is by investors. However, the problems in Melbourne and Sydney have come about because regulators thought the above markets would slow down under rising price pressure. However they haven’t because interest rates are so low.

This is a very special period in history and it has caused a special problem in Sydney and Melbourne. Price in these cities will fall. Some people will lose out, just like those who went long on property in 2000 in Sydney and then had to wait 10 years to really make money!

Let’s go to China now. Whenever we feel good about a rising stock market and better super returns, some killjoy warns us about China and the media picks up the ball and runs with it.

Deloitte Access Economics’ Chris Richardson gave three China/Australia stories last week but we only heard about the third negative one.

And did you hear about this yesterday? “Strongest Chinese Production in 27 months.” This was a CommSec headline in one of its press releases and was big news but it gets buried because it’s, well, too positive. Here’s the summary:

Last week at the Switzer Investor Strategy Days in Melbourne and Brisbane, Charlie Aitken of Aitken Investment Management showed the attendees a chart of the Li Keqiang index.

This is the preferred measure of the economic growth of China by the current Premier Li, who opted for this indicator, instead of the official figure for growth, when he was the head of Liaoning province in the North East of China in 2010.

It was later adopted by the likes of The Economist as a better guide to what’s going on in China. To cut a long story short, the collapse of commodity prices in 2015 coincided with a big drop on the Li Keqiang index and the spike last year again matched the comeback in the index.

My message on China is this: one day there could be a China problem, like one day there will be a recession in Australia but, for now, things for most of us are pretty good, so just go out there, work hard, believe in your potential and enjoy yourself!

One last positive point. We’re getting wealthier! As CommSec showed over two weeks ago:

I wonder how many low income Aussies are in shares and, therefore, will be hit hardest when the next stock market crash happens? Whoops, I’m starting to think like many of my colleagues!