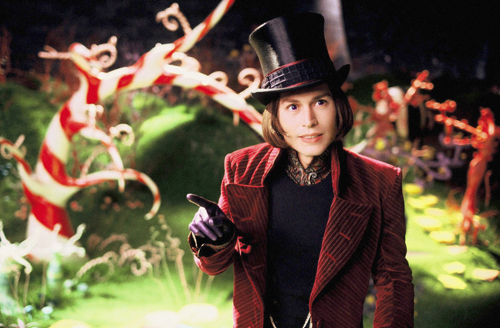 Charlie and the Chinese factory say don't be scared about China!

Yesterday morning was disturbed by media reports that one stumble from China and we’re in the you-know-what! Media outlets laid it on thick. What made me more spooked was that it came from an economist I respect — Chris Richardson of Deloitte Access Economics!

Rushing to a news website, I found that if China pulled the wrong rein, we’d see a big fall in GDP and 500,000 jobs would go by 2020. It was pretty serious stuff and I could see why my media mates would have seized on all this.

However, it has come when China’s growth story has been better than expected. It also has come as others (whom I respect) have been talking up the potential for China, as millions of middle class Chinese seemed to be spat out each year like steel girders from a factory in Shanghai!

In fact, at our recent Switzer Investor Strategy Days in Sydney, Melbourne and Brisbane, Charlie Aitken of Aitken Investment Management showed an alternative Chinese index for the economy, which was created by the former Chinese President Li, who, like many Western economists, did not believe China’s GDP statisticians.

The credibility issue of their numbers links to how quickly they come out — days after the end of the month! As Charlie joked: “Everything and everyone must be barcoded!”

Li’s index puts together key industrial sectors and the index was going down when we struck market problems in early 2016. As it recovered over the second half of the year, so did commodity prices and stock markets — especially ours.

George Boubouras of Contango Asset Management has a similar positive view of China, especially over the medium term, as it creates people who will travel, eat our food, use our education institutions, consume our wine and even our financial services.

Because of Richo’s scenario, I asked my in-house Switzer producer of my TV program, Andrew Brown, to chase Chris for the show. He instantly emailed back: “He’s on tonight!” (The value of great employees can never be underestimated.)

My first question to Chris was something like: “Given your experience, how could you throw this scary story to the media?”

He conceded that he should have realised that this would get all the attention but he apparently did say that the spooky scenario was the least likely!

He said he produced two other possible outcomes, which were more likely, which had happy endings. He even conceded that China’s debt, though growing faster than he likes, was because of borrowing from themselves, not overseas savers. And they’re growing faster than say, Japan, which also has big debts, once again borrowed from locals.

Growth is critical. That’s why I like the revelation about President Li’s more reliable indicator of China’s economic health.

You can’t be cavalier about China and the unknown unknowns there. However, as Chris Richardson revealed to me on my TV show last night, you shouldn’t be losing too much sleep over the China Syndrome as we’re not on the eve of an economic nuclear blow up, even if my media mates implied that yesterday.

That said, the geopolitical misbehavior in Syria and around North Korea could be a different matter but for now, I’ll hope sanity prevails. And yes, I know, “hope is not a plan” but it’s all we have when it comes to international politics!