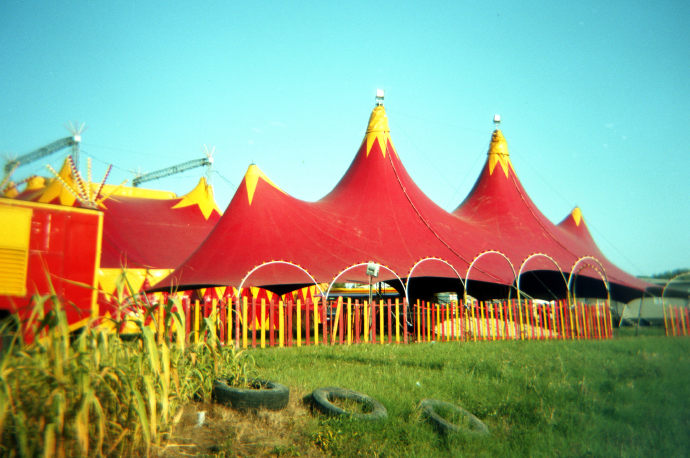 Historians tell us that the Romans used bread and circuses to great effect, as it kept the ‘plebs’ away from the big issues of life that might mean the end of their nice ‘little’ Empire. This came back to me as our politicians return to Canberra with the press telling us the big fights for our representatives will be a new speaker, marriage equality, the Bronnygate stuff over entitlements and how the latter has hit Tony Abbott’s Government in the polls!

So our pollies won’t be looking at a $37 billion wipeout on the stock market on Friday. They won’t be debating whether the rise in unemployment from 6.1% to 6.3% was a good or bad number. They won’t be putting forward ideas to increase economic growth and create new job opportunities for our youth, where unemployment is over 14%.

Perish the thought that they might debate how we fix our tax system, our education system, our hospital system and oh yes, our road system. It seems that on all the really important stuff we’re caught in a traffic jam created by political pygmies.

I guess it’s a bit like our cricket problem, where we had a leadership challenge and Michael Clarke showed real leadership by announcing his time is up. He and his team needed a couple of captain’s knocks in recent times and he wasn’t able to deliver, but he wisely made a mature decision to get on with a new phase of his life as a husband, father and ex-legendary cricketer. I wish him all the best and will remember him for his big feats — his 151 on debut, his 329 against India and 6 for 9 runs with the ball against India in 2004-05.

But back to the political pygmies. There the scores aren’t impressive.

Apparently, the big story could be how Ms Bishop’s plunge in popularity, via a helicopter is set to crash into her tormentor, Tony Burke, whose use of parliamentary expenses shows he’s a real numbers man who possibly has the skill to be a Treasurer, provided he gets through this entitlements drama.

They once talked about Bourke as a future Prime Minister but that looks less likely if all this media coverage of entitlements abuse ever mounts to anything significant.  I haven’t seen the total bill of what politicians charge us to incorporate entertaining and family life into what is a damn stupid existence but I bet it’s not a significant Budget sum.

I bet we waste a lot more money on public servants travelling overseas business class, staying in expensive hotels to talk about a pile of rubbish that could have been gained on the Internet or over the phone. We would waste money on silly issues that most of us don’t care about but, for political reasons, the money gets spent.

That’s what a young journalist should do — go through the line-by-line spending we see in the Budget and work out what really looks important to the country. There’d be a lot of stupid spending for political reasons.

Bronwyn has done us a favour, as Alan Jones said, if her chopper ride means we chop out the inexcusable expenses of politicians that we shouldn’t have to pay for. It will be worth it if a decision is made that politicians’ kids fly economy and if they’re too young to be by themselves in cattle class, then mum or dad goes back and slums it with the taxpayers!

The PM rightly says the standard for politician entitlements should be on par with business leaders. Our politicians are our leaders and, like them or not, are elected reps of us and deserve to be treated with at least the respect of a business leader.

However, when a business executive goes too far, they can lose their job or even end up in jail.

A ReachTEL poll says Tony Abbott is in trouble, again, with voters. Labor is on 53% against the Coalition at 47% and both Malcolm Turnbull and Julie Bishop are seen as preferred leaders. According to the numbers, 45.4% are Turnbull supporters, 24.4% go for Bishop, while only 18.9% are sticking with the PM.

I started talking about leadership and that’s where I’ll finish. This country has a leadership problem, with even Bill Shorten ranked behind Anthony Albanese and Tanya Plibersek as preferred leaders on the ReachTEL numbers.

It’s time our leaders stepped up and grew up so we don’t see them as political pygmies. It’s time to discuss our tax issues and what will be done.

A lot of Australians think the climate debate is hype, while others aren’t sure, while maybe 63% want better talk and action from our Government. However, our leaders seem scared to talk about the big issues of the economy and the environment. That shows we have a leadership problem.

For my part, I think our economy is getting better but I’d love to hear the Treasurer and the PM say this more often so more Australians would hear it. I suspect our stock market could be nervous until the CBA reports on Wednesday when it could announce a share placement, just as ANZ did, which led to a big stock market sell off. From my point of view, this is nothing too big to worry about and should prove to be a buying opportunity.

This will be a big week for the economy, with the NAB business confidence and the Westpac consumer confidence readings the ones I really want to see. I hope it’s good news.

Either way, I also hope our leaders start putting together some captains’ knocks before it’s too late for them and us. I should point out that The Australian newspaper did lead today with “Tax rates must fall, says Treasurer Joe Hockey”.  We need more of that kind of talk from our leaders.