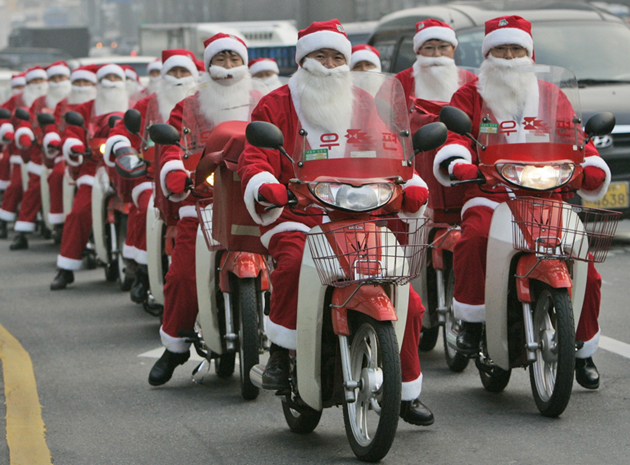 Can you trust Santa is coming to this crazy stock market?

A month before, in August, we were around the 5700 and mid-April we made our highest level of 5996.40! Yep, we were nearly at the 6000-level but the ‘you know what’ hit the fan and we’ve been struggling ever since.

That’s huge, remembering that a correction is a 10% plus slide, while a 20% loss sees journalists pull out the “crash” headline. Purists would say we’ve entered a bear market.

Now we’re only up 67% plus dividends and that’s a 91% gain, so the GFC yoke is still weighing down our portfolios and super funds.

Why has this happened? Try these:

Not happy David, not happy!

The next question is: why is our market going up now? Here’s a quick list:

Can we trust this rally?

My gut feeling is that a big fall is looking less likely. The US economy will surprise on the high side but the Fed could wait until next year before it rises, making interest rates low for longer and that helps stocks. Greece is no longer an issue and Europe’s economy is picking up.

Meanwhile, the Fed’s decision has weakened the greenback and emerging economies have seen better days on their stock markets. Also, I know this sounds rude but US commentators often say October is the “month of bottoms”, where Wall Street turns around, ahead of a nice Santa Claus rally in December. This often rolls into January and February.

I expect a Christmas rally and it could start before the sound of jingle bells and Bing Crosby singing “I’m Dreaming of a White Christmas” becomes nearly unbearable. However, there could be one more test of this newfound optimism but I’ll use that as a reason to buy more dividend-paying stocks.

One day, the global economy will look stronger, so will the US economy. US interest rates will be on the rise and our economy will have around 3% plus growth and the CBA might be heading back towards $90 plus.

I can wait until that day shows up. I say that because I don't really want an outrageous boom because these always end in crisis-creating crashes.

I’ve argued for a long time that we’re in a long, slow, grind higher for both the economy and the stock market because we dodged a Great Depression bullet, thanks to the easy money policies used by central banks around the world and some fiscal largesse that rescued us from 20% unemployment, bankruptcies and international economic dislocation.

Coping with this crazy stock market is nothing compared to what we’ve sidestepped, so stop whinging!

(For the numbers types out there, the Dow was up 139 points, which should be a positive for our market today.)