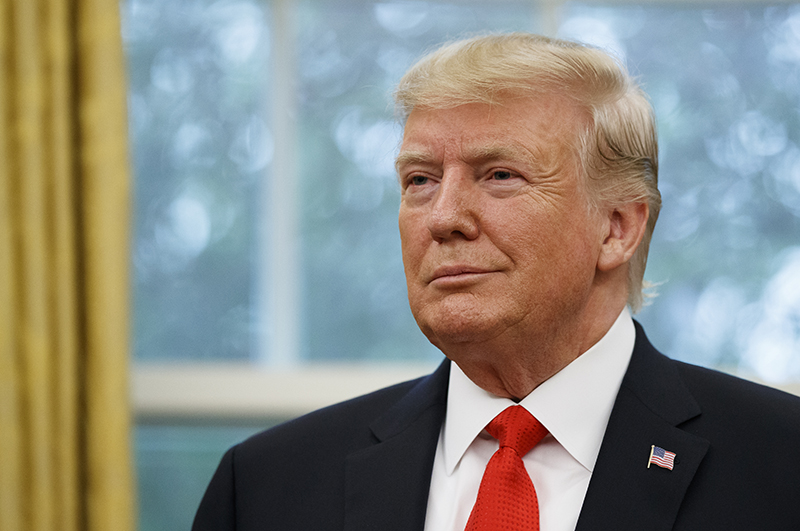 Can you feel it coming in the air tonight, oh Donald?

Anyone who doubted the role of the trade war in the struggles of the stock market saw over the past 24 hours just how wrong they are. And the reaction to the news that negotiations between Donald Trump’s ‘tradies’ and China’s trade negotiators or ‘tradies’ are getting close to where an agreement is more a chance has excited markets.

How do we know?

Well, the opposite of what has been happening has been unfolding since yesterday, with the gold price falling and other safe haven assets copping it, while bond prices fell as their yields started to rise. If this doesn’t make sense, just think that the things that had caused the inversion of the bond market’s yield curve (which most normal people don’t understand) has become less of a problem.

And with the Dow Jones Index up over 400 points before the close, as I write, you don’t have to be Terry McCrann or Ross Gittins to see the link — trade deal and stock markets up and less need for interest rate cuts.

But can we trust the latest signs that maybe a deal is in the air and is there something attractive in the timing of this? And could Donald be even thinking that “not even I can keep stretching out my famous Art of the Deal?”

I hope so. And so does CNBC, which ran with this headline: “Reliable China insiders hint that this round of talks could lead to a breakthrough.” Of course, words such as “hint” and “could”  are still used but imagine if they get swapped for “declares” and “will”. That would have a huge market response, where I could be talking about a 1000-point move overnight!

I said last week that Wharton School business professor, Jeremy Siegel (one of the best US academic market commentators) believes a deal could send stocks up 10-20% but a “no deal” could have the reverse impact!

The planned October trade negotiations meeting will be the 13th since all this began and the editor-in-chief of the Global Times out of Beijing, Hu Xiji, thinks a deal is in the offing. “There’s more possibility of a breakthrough between the two sides,” he said in a tweet Thursday.

Hu is seen by trade spotters as being the “deep throat”, who seems to have the right connections and cred when it comes to calling this high-level game of political ping pong between Trump and Xi Jinping.

Of course, it’s crazy to get too excited about Donald and a trade deal but this market reaction shows what might happen if the US and China crack an agreement.

And the timing is becoming crucial.

Stock market history shows the November-April trading period is great for shares and if President Trump makes a deal over October, it would set Wall Street up for a huge Santa Claud rally and provide insurance against a recession showing up in 2020 ahead of the US election.

But the wins aren’t just for America, as a trade deal would ignite business confidence worldwide and here in Australia, which would boost investment, economic growth, job creation and stock prices.

This would be the gift that keeps on giving, until stock markets go too high and interest rates start to rise! Now that would be a ‘tradies’ job well done, if they can make it happen in October. On the flipside, October is famous for big crashes but I don’t even want to contemplate such a possibility!