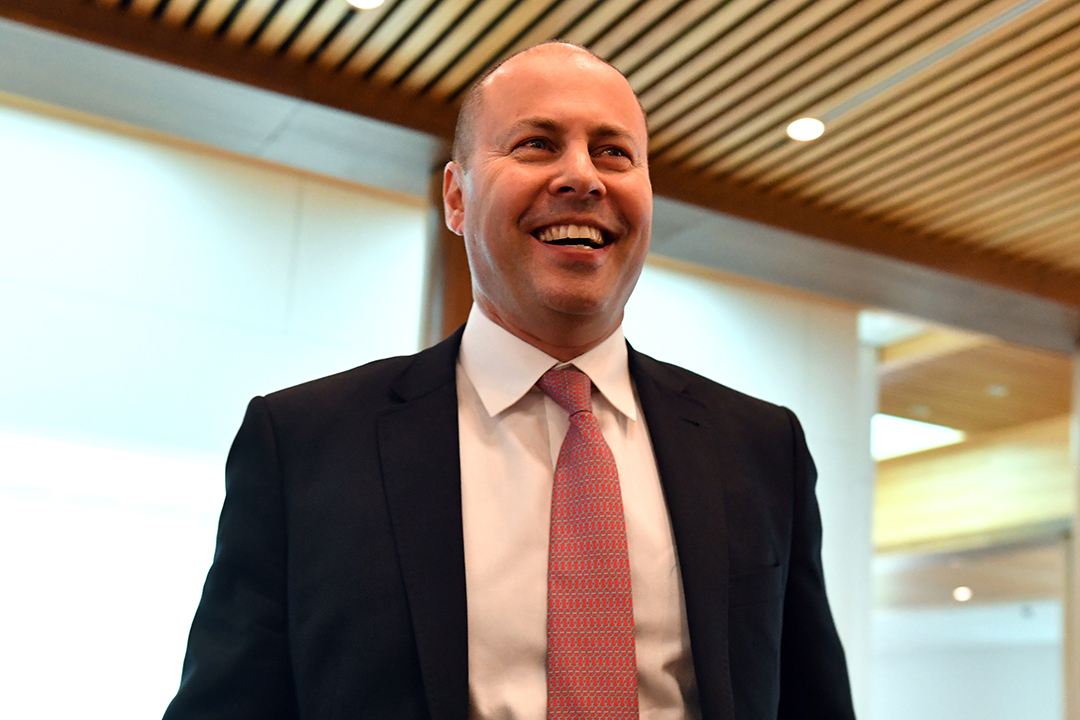 Can we believe an upbeat Josh Frydenberg?

Apart from the World Cup, footie season is over. Now cricket is coming at us from all forms of media so it’s good to see the Treasurer, Josh Frydenberg, like a confident batsman, get on the front foot to talk up the economy, following his recent foray into Washington.

His positivity on Aussie growth and his rejection of the IMF view, are all good to hear. Now we have to hope he’s right!

This week his confidence will be tested, with a plethora of economic data from overseas that might make his bolshy ‘batting’ a little ill-timed.

Of course, I hope Josh is right but I have to say my weekly test of economic data, which I produce for my subscribers to the Switzer Report, for the first time in recent memory revealed my list of dislikes outnumbered my likes. Here I’ll show you.

• The unemployment rate fell from 5.3% in August (in seasonally adjusted terms) to 5.2% in September.

• Tourist arrivals rose by 2.7% in August to record highs, with departures up by 1.5%. There were record tourism inflows from nine separate countries, including Hong Kong.

• President Jean-Claude Junker and UK Prime Minister Boris Johnson have agreed to a Brexit deal. The deal will be voted on by the UK parliament today. (This was a “like” on Saturday morning but now is a dislike, as the dopey politicians again delayed a Brexit settlement!)

• The lift in retail spending intentions in August on the CBA analysis of household spending via bank accounts was reversed in September.

• By value, the sum of credit and debit card purchases rose by 0.2% in August, the weakest gain in three months. Card purchases were up 5.5% on the year. Smoothed annual growth (12 month average) fell to a record (15-year) low of 5.7%.

• China’s economy expanded at its slowest pace in about 30 years at 6% in the third quarter of 2019, compared to a year earlier.

• From Beige Book commentary, the US Federal Reserve said that the economy grew at a slight to modest pace in September/early October and manufacturing activity edged lower.

• The UK Labour Party and Northern Ireland’s Democratic Unionist Party said that they will vote against the deal.

The count was 5 likes to 11 dislikes. After the Brexit delay, it becomes 4-12 and this doesn’t build up my confidence that Josh is on the money.

On the other hand, the likes were big likes, with the jobs market looking better than expected with both unemployment and employment numbers giving out positive vibes for the economy. Meanwhile, despite their unreliability with their forecasting figures, the IMF sees global growth going from 3% this year to 3.4% next, while we go from 1.7% to 2.3%.

Given the IMF’s history, I don’t trust their precise numbers but the direction of growth — up! — is something I want to and can believe is on the money. If low interest rates and a trade deal can’t help this happen, then we’re stuffed!

President Trump and his economics team have to know they can’t keep testing the global economy’s resilience to recession, with the trade war and its impact on confidence and business investment, for much longer. A lot of people want to believe that Donald’s strength he brings to the political table is his business background. If he doesn’t cut a more comprehensive and credible trade deal before Christmas, then he’s lost his business smarts.

The dopes in the UK parliament have no concern for business and consumer confidence, as shown by their new delaying tactic on Saturday over a Brexit deal. This is pure politics subjugating sensible business thinking. And it adds risks to the global economy we don’t need.

The big economic watch items this week outside of Australia are the purchasing managers’ reports for the UK, the EU, the US and Japan. We get a local one too but given the RBA and other economically savvy analysts think Australia’s biggest economic risks are outside our economy, what the world tells us this week will be the best test of Josh’s positivity about our economic outlook. I hope Josh is right because my analysis of the data is that it’s not as convincing of a rebound ASAP as he’s implying. I have to admit that I like to be hopeful but,  as I say to a lot of my financial planning clients and subscribers to the Switzer Report, “hope is not a strategy!”