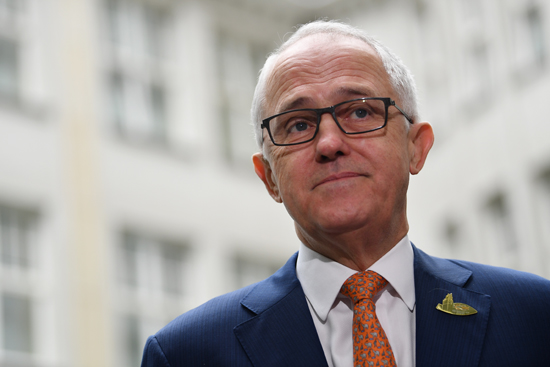 Can the economy save Malcolm Turnbull?

An important piece in the economic puzzle falls into place today with the NAB business confidence reading released. Then it will be followed by Westpac’s closely-watched consumer sentiment reading, which had remained a persistent negative for the economy and the Prime Minister’s overall popularity rating.

Only yesterday, via Newspoll’s regular survey of the battle for our hearts and votes between Bill Shorten and Malcolm Turnbull, we saw that the former looks a very good chance to be PM after the next election.

The poll was not great reading for the current PM and the Coalition. This is how the Herald Sun’s Andrew Bolt saw it: “The Turnbull government has lost more ground among Australian voters after weeks of campaigning on school funding and energy prices, with the Coalition trailing Labor by 47 to 53% in two-party terms for the fourth consecutive survey.”

As someone in the Abbott camp, Andrew continued his assessment: “Mr Turnbull suffered a significant fall in support as preferred prime minister, from 44 to 41%, at a time when his authority was put to the test by Mr Abbott and other conservative critics calling for a change in direction.

“Mr Shorten’s support as preferred prime minister increased from 31 to 33%, a level he has reached before but never exceeded.”

Considering the damage Tony Abbott is doing to the look of unity for the Government, the result is OK. And Malcolm’s dominance over Bill as preferred PM is one reason that he should be kept in the top job, but he needs something to turn.

Ideally, Malcolm needs to become a Churchill or a John Howard, but this seems to be a train not destined to arrive before the next national poll.

So in the absence of a surprise change in leadership style by the PM, the economy is his best help for a political rescue.

I could go on about how much better the economy looks, but the consumer isn’t seeing or feeling it.

This is how Reuters saw the last Westpac take on the consumer: “A measure of Australian consumer sentiment fell for a third straight month in May, as disappointing news clouded the outlook for the economy.”

The index reading of 96.2 was 5.8% lower than in June last year and meant pessimists outnumbered optimists.

Clearly, slow wage rises linked to an economy that still has to overcome the GFC effect on the overall strength of the economy, is making consumers negative.

Thankfully, the improvement in business sentiment is promising and maybe a positive business sector will eventually translate into higher wages.

Also, the claim that interest rates might rise eight times in two years could primarily happen, if the economy is going gangbusters, and that would mean wage rises would be making a comeback.

I reckon if wages start rising, even with a few interest rate rises, then Malcolm might be able to beat Bill, but he has to see Tony Abbott off the patch first.

And I think Tony’s making his run now not just because he thinks it’s the right time politics-wise but given the improving outlook for the economy, it’s right economics-wise as well.