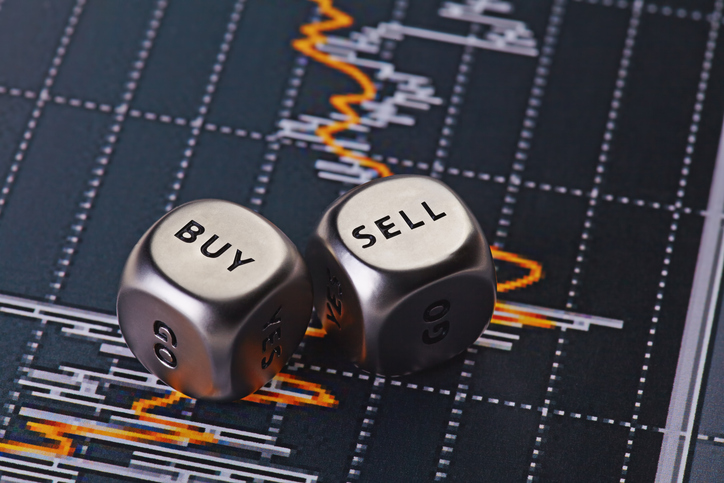 Can stocks resist the old 'sell in May' advice?

With May only 21 days away and knowing that global stock markets have had their best quarter in about four years, you have to wonder if that old market maxim, “sell in May and go away” will work this year.

Strategists at HSBC must be pondering the same thing, as a note from them recently pointed out: "Valuations are full".

“Markets need a pause for breath and some near-term earnings validation."

To put this all into perspective, our stock market is up 24% since early last year, so we’ve had a damn great run. And given the history of “sell in May and go away”, where the market starts coming back in September to October, being wary now makes sense. This chart below makes my case: 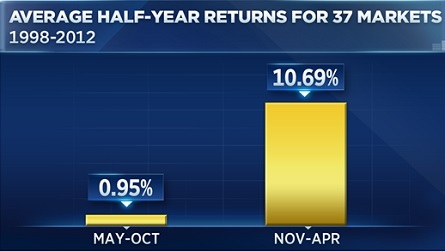 I recently showed you this academic study from the University of Miami of the “sell in May and go away” proposition. In 37 markets, it worked over a 15-year period. Even with today’s low-term deposit rates, you could have made better money out of the stock market.

Of course, averages can have big plus results offset by big bad outcomes but the chart makes you think about how vulnerable stocks are in our winter and the northern hemisphere’s summer!

This market caution also lines up with US reporting season that starts in earnest this week. My old mate, Craig James at CommSec, alerted us late last week with what we’ll be focusing on Stateside.

“The US first quarter earnings season gets underway in the coming week,” he explained. “Alcoa is slated to release earnings on Monday and on Thursday, Citigroup, JP Morgan Chase and Wells Fargo are expected to report. Thomson Reuters tips 10.1 per cent annual growth in earnings by S&P 500 companies over the season.”

So this will be an important test for the stock market rally. If US companies deliver or under-deliver, Wall Street will react. And while our ASX stock market beat the New York Stock Exchange in the March quarter (our market was up 4.8%, while the Yanks did 4.4%), I reckon we’re still in ‘follow-the-leader’ mode with what the Dow Jones and S&P 500 indices do.

Thrown into the May mix is this Syrian stoush that’s hotting up between the USA and Russia, along with question marks over iron ore prices, which have dropped about 20% since February 21. So you’ve got reasons to be anxious about stocks in May and beyond.

Against that I have respected market callers like Richard Coppleson of Bell Potter expecting our S&P/ASX 200 index beating 6000 over the next month and others have a 6300 call by year’s end!

And given my chart above, it all stacks up, provided the following happens over the next eight months:

This week in Australia, we get the latest NAB business survey and job numbers, which will be keenly watched. Even I (the unfairly labeled perma-bull) have seen economic data soften in some quarters of the economy since February so I’m hoping for a turnaround in what the data is hinting.

It would be good for commodity prices and the overall trend for the economy’s growth to be positive, as we get ready for the Budget in one month’s time.

I think the chances of a stocks sell off in May is highly possible but if company profits and economic data deliver, then this resistance to dump stocks, ahead of waiting for a trump card from the US President, could persist.

That said, one big, bad happening, like a bad French election result, could really spook stock markets, which have high valuations based on the belief that 2017 will be largely a good news year.

Let’s hope the consensus is on the money.