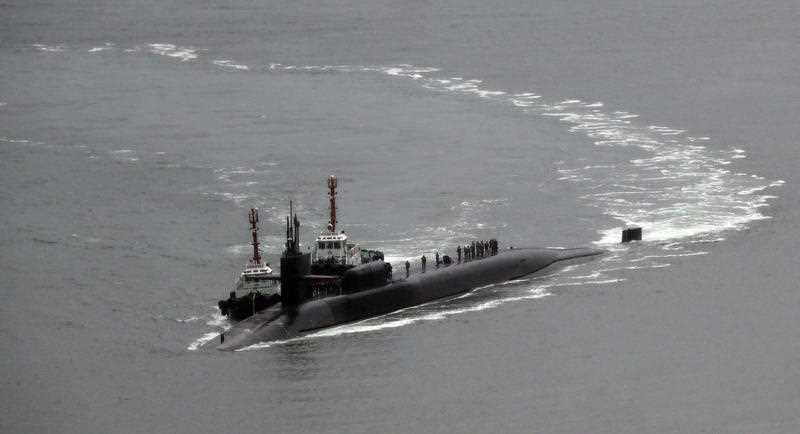 News services say the North Korean war threat is escalating. Stock markets continue to ignore it but can it last? And are geopolitical issues less important to stocks nowadays, if you take a line through Brexit?

I suggest you ignore geopolitical concerns at your peril but I’m betting against them hurting my stocks and super fund.

The Dow Jones Index has now climbed up over 200 points two days in a row and it tells us to underestimate geopolitical issues at our peril because what goes up can go down!

Let’s look at the last two days of action from US stock markets. In fact, in part it proves my point that you can’t dismiss geopolitical matters.

The Dow’s 200-plus climb on Monday was mainly driven by the relief that Emmanuel Macron had taken out the French election. In Europe, equity markets and banks, in particular, benefited from the young politician’s win, as it hit the idea of a Frexit from the EU to the boundary for a six, or as the French would say, “les six”!

But stop and imagine the opposite. If the right- and left-wing candidates had nudged Macron out and the May run-off for the French leadership was set to be two Frexit advocates, our stock portfolios could be down 7% by now and going lower!

Brexit initially brought a big sell off. That was the old “sell first, ask questions later” effect but the Poms weren’t as embedded into the EU as the French, as the former wasn’t on the euro.

Its exit was less likely to make Italy, Spain and Portugal ponder the loyalty to the EU but a Frexit would’ve been a different kettle of fish.

Our stock market is tipped to be up over 30 points today. While other issues, such as good US company reporting and a lower US dollar, have helped the Dow over the past couple of days, so has the foundation news that the EU and all the economic connections it has globally are not under threat.

A threat might not be measurable because you can work out who would be buying rather than selling because of a threat. However, when the threat disappears and buying surges, you can get a pretty good idea about the importance of political developments.

Want proof? Try 8 November 2016, when Donald Trump won the US election and the 12% spike for stocks. Sure, economics and expected earnings were in there as well but anyone who ignores the Trump effect isn’t worth arguing with.

North Korea is dismissed as a low risk but lots of people saw a President Trump as unlikely, so the experts aren’t always right. I’m believing the experts, as I haven’t adjusted my investing, but I’m aware that there is a clear, but not present, danger to my stocks value. More cautious types might be cashing up and may even be “sell in May” types, who just can’t take the pressure of European elections, Syria, Putin, North Korea, Trump and every other geopolitical curve ball that could be thrown at them from left-field over the next few months.

I know Macquarie Banks’ smarties are cautious about the months ahead, so I thought I’d better warn you.

"Earnings and tax reform are the main story" in the market, said Bruce Bittles, chief investment strategist at Baird. "For two months, we were in a consolidation phase and now we have the Nasdaq at an all-time high." (CNBC)

I’d add economics as well but tax reform is more political and more Donald Trump, though it will have economic implications in the long run.

I’m punting on good sense prevailing and China being able to stand over the unusual person who leads North Korea. If it doesn’t work out, stock markets will show it, big time!